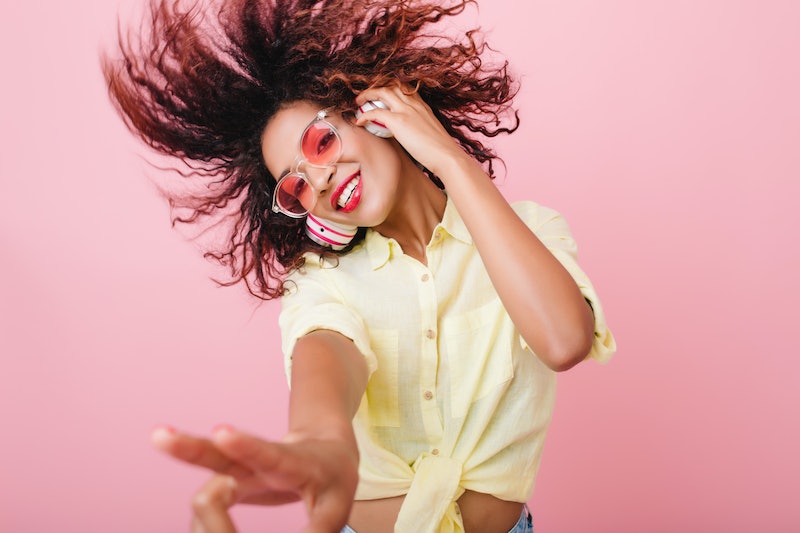 Fasten your cosmic seatbelts, kids, because Mercury retrograde summer 2020 officially hit the scene on June 18, and will be serving up three and half weeks of astrological pandemonium. This transit, which happens about three times a year, is here to mix up our signals when it comes to all the Mercury-ruled areas of our lives — and that includes things like communicating, getting around, adhering to a schedule, and dealing with our tech devices. Fun? No. Conveniently timed? Definitely not. But are there any silver linings to this much-maligned planetary episode? As a matter of fact, there are.

That's right: Mercury retrograde periods aren't necessarily a bad thing. When a planet retrogrades in astrology, it's believed that the parts of our lives ruled by that planet hit a standstill. Like the retrograde planet (which appears to temporarily move backwards on its course), we enter a period of backing up and reviewing instead of moving forward. If we try to fight the retrograde energy and push forward as usual, we're likely to hit roadblocks and suffer from the usual Mercury retrograde inconveniences. However, if we know what we should and shouldn't do during Mercury retrograde, we'll be better off. We can consciously slow down, take some time to reflect on where we're at, and try to refine our current plans instead of acting on them — and make the retrograde work for us.

This particular Mercury retrograde period takes place in the emotional and nurturing sign of Cancer, which might make us a little more defensive and over-sensitive than usual when hitting retrograde snags or dealing with misunderstandings. However, if we keep that in mind and proceed with caution, we're likely to get through this astrological mess unscathed.

Here are the do's and don'ts of Mercury retrograde summer 2020 to make it as stress-free as possible.

DO: Extend An Olive Branch To Old Friends

Retrogrades are notorious for bringing people from your past back into your life in one way or another. While this can sometimes be annoying, it can also be a healing opportunity to check in with loved ones who you've lost touch with. "Cancer is a sentimental sign, and when combined with Mercury retrograde, it [makes us] extremely nostalgic," astrologer Lisa Stardust tells Bustle. "Therefore, it’s essential to reconnect with old friends." As we come out of our spring hibernation, use this as a chance to touch base with friends who you haven't caught up with in a while and see how they're doing.

DON'T: Let Emotions Get The Best Of You

Mercury retrograde can bring about all sorts of frustrating miscommunications, and because it's taking place in sensitive Cancer, we might find ourselves getting carried away with emotion over even minor inconveniences. "Don’t start unnecessary arguments with others just because you’re feeling moody," Stardust says. Resist the urge to start drama without reason, and if you feel yourself getting heated or upset, take a moment away from the situation to deep breathe and ground yourself before moving forward.

2020 will go down in history as a tough year. We're navigating life in a pandemic and trying to dismantle decades of racial injustices and police brutality. With the emotional retrograde hitting during the eye of the storm, prioritizing rest and self-care is going to be an absolute must. "This emotional retrograde will make you exhausted," Stardust says. "Take a few naps a day if you have to and be easy on your body."

DON'T: Bottle Up Your Feelings Until They Explode

Expressing yourself clearly while Mercury is retrograde is admittedly a difficult task. That said, bottling up all your feelings, emotions, and frustrations amidst the craziness of our times is also a recipe for disaster, so you'll have to find a happy medium. "Don’t hold your emotions in," Stardust says. "Express yourself — even it’s hard to." If you want to avoid having a total emotional blow-up, practice taking extra time to express your feelings carefully, thoroughly, and thoughtfully so that they're less likely to misinterpreted by whoever you're sharing with.

DO: Practice Forgiveness - For Yourself & Others

Retrogrades are a time revisit the past. That's not always easy, as some past memories are painful, but it's a beautiful opportunity to heal old wounds and forgive past hurts. "Make amends with the past," Stardust says. "This means old heartaches and dramas, too." Carrying anger in your heart is painful, so work on forgiving those who have hurt you. More importantly, though, work on forgiving yourself. We've all made mistakes — but instead of trying to repress our shame, we should acknowledge it, learn from it, and commit to doing better in the future. Allow this retrograde to inspire you to start that inner work.

DON'T: Take Something As Fact Without Doing The Research

We live in an age where misinformation can spread to the masses with a single social media post, meaning we have to be diligent about thinking critically and considering the source of our facts. During this Mercury retrograde, we have to be even more on top of fact-checking — this applies to everything from gossip to news articles — as we can't assume everything we hear is true. "Don’t believe all you hear," says Stardust. "Take everything with a grain of salt."