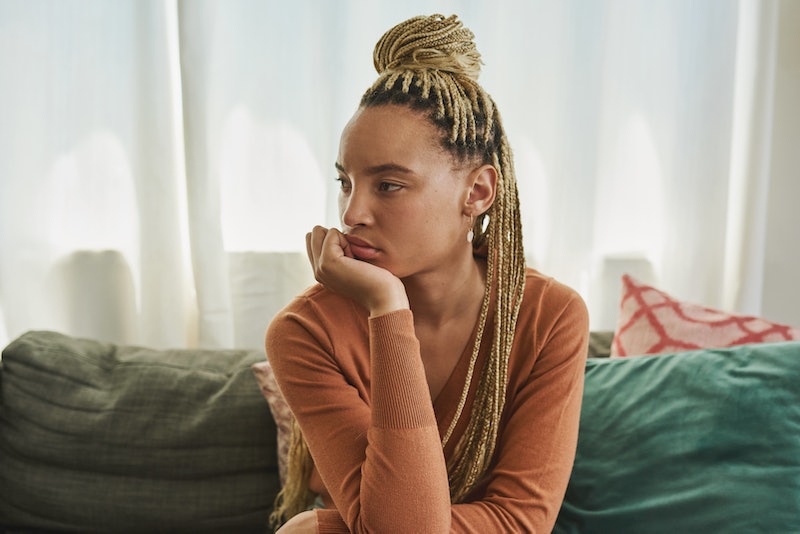 You've heard the word with regards to food and cooking, but what does "salty" mean when discussed in a context that has nothing to do with food? According the insight of Arianna Jeret, deputy editor at Your Tango, the term “salty” describes “bitterness or anger tinged with a little extra spice, usually a mocking or self-deprecating note of sourness.” A more nuanced and specific definition of the word, which comes from Urban Dictionary, details it as, "The act of being upset, angry, or bitter as result of being made fun of or embarassed. Also a characteristic of a person who feels out of place or is feeling attacked." So: What's the deal? Have you ever been salty? You probably have, so let's take a closer look at the word.

The meaning of "salty" in slang can be further exemplified when we analyze the lyrics of the Chief Keef song "Salty," off the 2013 album Almighty So. The song is essentially about a girl who didn't love Chief Keef before the fame, but now she wants in. He says, "I got all these racks on me now she feeling me/She salty," implying that she's bitter about his fame and probably feeling regretful and agitated that he isn't paying attention to her anymore. He also says "Million dollar house keys, get the f*ck off me/Damn almighty ‘cause I know you feel salty," which can loosely be translated as, "I have lots of cash money, u mad, bro?" Of course, salty isn't a gendered emotion, so just because Chief Keef is describing a woman to be salty in this song doesn't mean only women can be salty.

The slang term “salty” has been around since 1866, and no, I’m not kidding. The slang word has managed to stay around this long, and according to Jeret, it’s not going anywhere: “I think once salty started to be used pretty regularly in memes, it stuck because it just works. It's the kind of word you don't necessarily need to have defined for you in order to know what it means and start using it yourself.” Basically, we've all been salty at one point or another in our lives. Here are seven scenarios where one might experience saltiness.

Let's say you raise your hand in class to answer a question, but you get the answer wrong. Then, the professor calls on your arch nemesis, and they answer correctly. You can't help but feel a little salty that they were the one to supply the correct answer; it could have been anyone else, so why did it have to be your academic rival? Oftentimes saltiness stems from accepting your mistake or downfall in a situation but resenting it nonetheless.

When my mom is right about something I thought I was going to be right about, I can't help but feel a little salty due to the natural defensiveness and embarrassment that arises from the situation. Consider the following personal anecdote: Right before my mom bought me an Easy-Bake Oven in the third grade (please tell me you remember those), she told me I'd get sick of it quickly. Determined to prove her wrong, I showed her that I used that thing every single darn day. But she was right: I outgrew it and got sick of it and after a month. That poor oven never felt the touch of a human hand again — and I felt a little saltier for it.

When someone sits down on a seat you were eyeballing, you get mad salty, even though they had a right to it just as much as you did. As long as they're not manspreading, that is.

4. When You See Someone Wearing the Same Outfit As You

On the outside, you're all "Oh my god, twins! We have to take a photo!" On the inside, though, you're seething. How dare they think they could rock that on the same day as you?

Of course, while being salty every now and then is totally natural (if not expected), living salty may not be the best for you, your friends, your family, and for everyone else in your community. Saltiness can come with a lot of anger, bitterness, and unhappiness depending on the time and place. Just as we shouldn't fill our bodies with too much salt, we shouldn't fill our minds with too much of it, either.

5. When Someone Is Jealous

According to Jeret, the slang term “salty” can be used when people are jealous of your success. "Haters get all salty the moment they see you thrive," says Jeret to Bustle.

We all know that feeling of seeing your ex or your crush with another person, and to be frank, it sucks. So, of course you’re going to be salty about it. Jeret provides an example in this scenario: "I cannot believe that is who my crush is dating, but I guess I’m just being salty about it."

7. When You Lose A Competitive Game

So you bet your friend, who always brags about how good they are, to a game of Mario Kart, because you knew you could totally beat them. Turns out, you make one wrong turn, and boom, your friend wins. C’mon, how can you not be salty?

This article was originally published on July 24, 2015