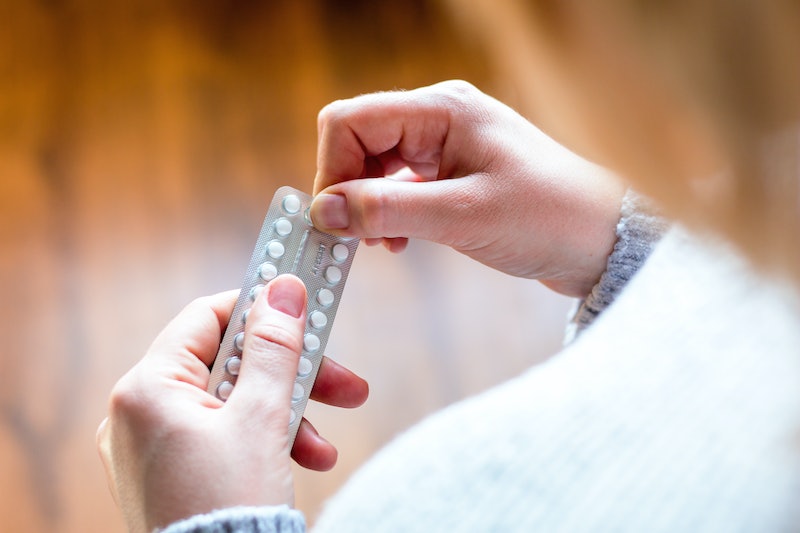 Unintended pregnancies are a situation many people with uteruses have to confront. Both birth control and abortion access can help people make the decisions that are best for them. Now, a new study shows that abortion rates are the lowest they have been since 1973, when the procedure was legalized in Roe v. Wade, and there are some pretty important and thought-provoking reasons as to why this is.

The study illustrating the decrease in abortion rates came from The Guttmacher Institute, a research group in support of abortion rights. Guttmacher is currently the only organization in the U.S. that counts all abortions, as federal data from the Centers for Disease Control and Prevention does not include data from California, Maryland, and New Hampshire, according to the Associated Press, making the overall count they provide incomplete.

The report also shows that abortions are on a decline in every part of the country, no matter if they are red, blue, or purple states. Because 61% of people believe abortion should be legal in all or most cases, according to 2019 data from the Pew Research Center, that data shouldn't be surprising. And since many states have pushed to further restrict abortion access in the past few years, one would think that this drop in abortion is due to these restrictions — but in fact, the researchers note, that's not the case.

The Guttmacher Institute also notes that fewer people are actually becoming pregnant, and the birth rate declined as well during the time period studied. The study suggests that the decrease in pregnancy and abortion went hand in hand with increased access to contraception since 2011, when most private health insurance companies had to cover the costs of birth control under the Affordable Care Act.

The connection between increased access to contraception and decreased numbers of unintended pregnancies and abortions has been proven before. A study done by The Brookings Institute used data from the National Survey of Family Growth (NSFG) from 1982 to 2016 in order to study the shifts in contraceptive use in women between the ages of 15 and 44. The numbers remained stable during the studied period— around 90% of sexually active women use contraception. That said, this figure includes all methods, including withdrawal and approaches that track cycles, that are not proven as consistently effective. However, the popularity in long-acting reversible contraception (LARCS, like IUDS and implants) has increased ten-fold, and correlates with the decrease in unintended pregnancies. Their conclusion was that the greater the access to effective contraception for all women, the lower the rates of unintended pregnancies.

Despite this information, many lawmakers continue to go forth in attempts to limit abortion (and contraception) access. In July 2019, the Department of Health and Human Services announced it will be banning federally funded healthcare providers from both sharing space with providers of abortion, or giving abortion referrals. This has resulted in one in five once-federally funded clinics to become privately funded, including Planned Parenthood, according to a Kaiser Family Foundation analysis. It's worth noting that the funding loss will make it more challenging for these places to offer subsidized abortions for low- income individuals.

The access to accurate and thorough information about all forms of contraception is also incredibly important. People deserve to make informed choices about their bodies. The study illustrates just how significant the choice, and the access to reproductive healthcare, really is.

More like this
25 Inspiring Quotes From Black Women To Celebrate Black History Month
By Kyli Rodriguez-Cayro and JR Thorpe
Here’s Where The NHS Nurses’ Strike Currently Stands
By Sophie McEvoy
How Ovulation Affects Your Sense Of Smell, Libido, & More
By JR Thorpe and Lexi Inks
8 Charities To Donate To During Black History Month
By Alexis Morillo
Get Even More From Bustle — Sign Up For The Newsletter
From hair trends to relationship advice, our daily newsletter has everything you need to sound like a person who’s on TikTok, even if you aren’t.