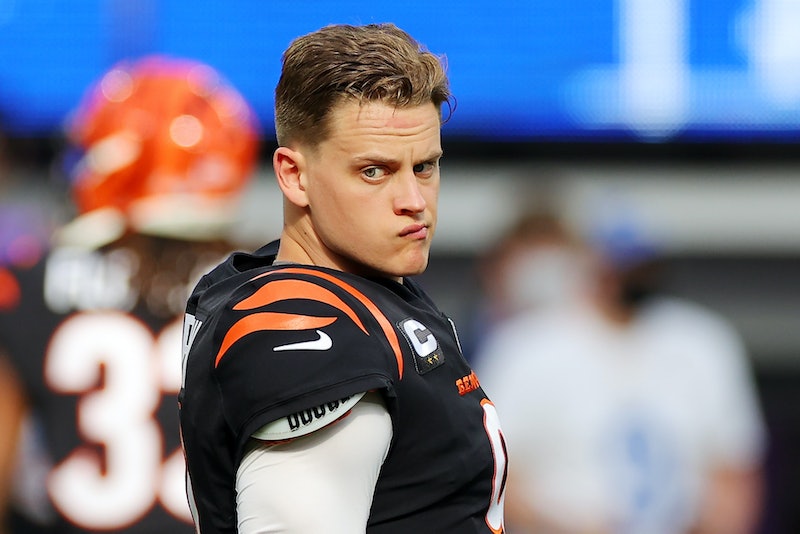 Just seconds into Super Bowl 2022, it’s clear why Twitter tuned into the big game this year. It’s not the halftime show, the new commercials, or the actual, you know, football game — it’s stylish Cincinnati Bengals quarterback Joe Burrow, aka Joey B.

The breakout player, who led his team to the Super Bowl for the first time since 1989, made a splash this season with his style, resemblance to Macaulay Culkin, and, of course, his athletic skills. But for those who aren’t huge fans of football or don’t know what a Bengal is, the Super Bowl was their first introduction to the 25-year-old — and it’s safe to say Burrow has some new admirers on the internet.

While the quarterback isn’t single — he’s been with his college sweetheart for five years — it didn’t stop Twitter from thirsting over him during the game. As Twitter user @lightsupgabi put it: “I do not care for sports but joe burrow is hot so go bengals.”

Below, find more tweets and memes about the internet’s newest crush.