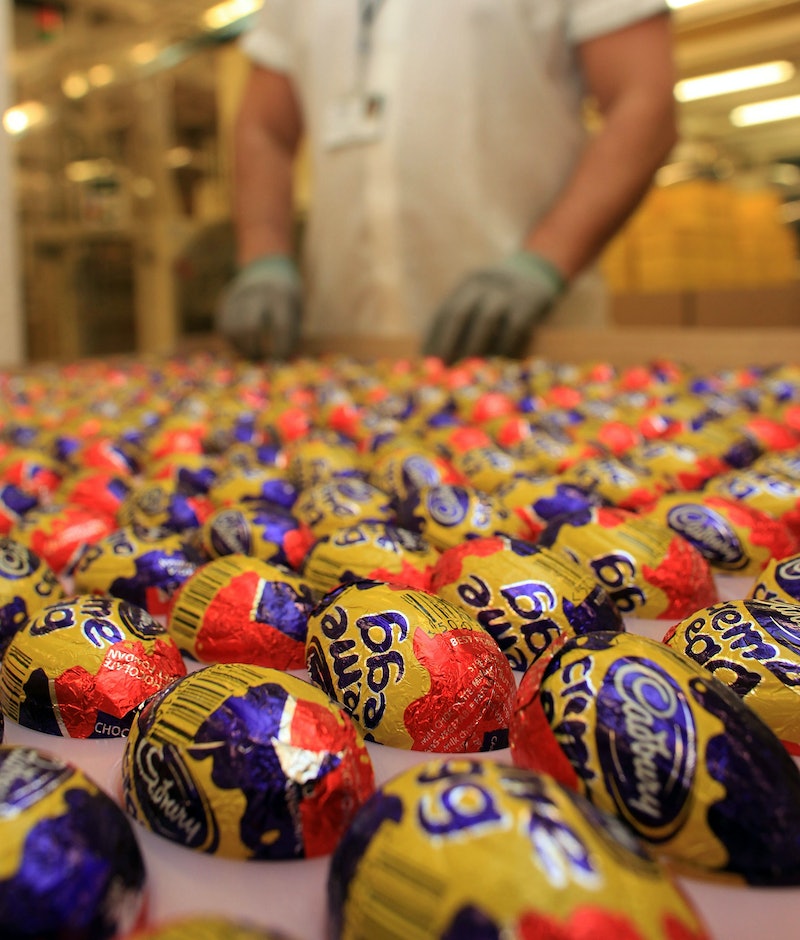 Ever wondered what the thrill of finding a Golden Ticket is like whilst watching Charlie and the Chocolate Factory? Want to recreate that feeling of adrenaline as Charlie peels the precious Chocolate bar open to reveal the treasure lying within? Well, Cadbury are having their own go at recreating the magical chocolate-hunting experience with their very own half-and-half Creme Egg competition.

Making the already popular Cadbury Creme Eggs, the chocolate brand is inviting the nation on an adventure to winning big cash prizes. Sweet, no? If you are ready to race against the clock and want to know how to get your hands on one of these rare Creme Eggs, then keep reading.

Cadbury began the careful distribution of 146 winning ‘half-and-half’ Creme Eggs on Dec. 26 and will run through to April 17, 2022. Unlike the traditional Creme Egg, crafted with a milk chocolate case, the prize-winning eggs are half milk chocolate, half white chocolate.

According to the Cadbury website: “If on opening your egg, you find that you have found one of the half milk chocolate half white chocolate Cadbury Creme Eggs, then call the phone number that is printed on the ticket under the foil to find out how to claim your prize.”

Note also that proof of the winning ticket is required (so you can’t just fashion your own half-and-half Creme Egg). And a picture of you not eating your winning egg may be required via email, too. Winners have until June 17 to claim their prize.

Where Can You Find The Half-&-Half Creme Eggs?

This is where it becomes slightly complicated. The Creme Eggs have been distributed across various stores in the UK. Going off of the list of distrubutors listed in the competition terms & conditions, your best bet will include: local corner shops, Booker stores, Booths, Asda, Co-op, Tesco, Sainsbury’s, Morrisons, Waitrose, Iceland, Poundland, and One Stop shops.

However, if you want to implement a certain strategy during your egg hunt, then you should know that each shop contains a variety of different cash prizes.

What Are The Prizes?

Cash prizes below this point are scattered across the stores mentioned previously. This chaotic distribution method only adds to the randomness and pure excitement of the venture. To the shops!