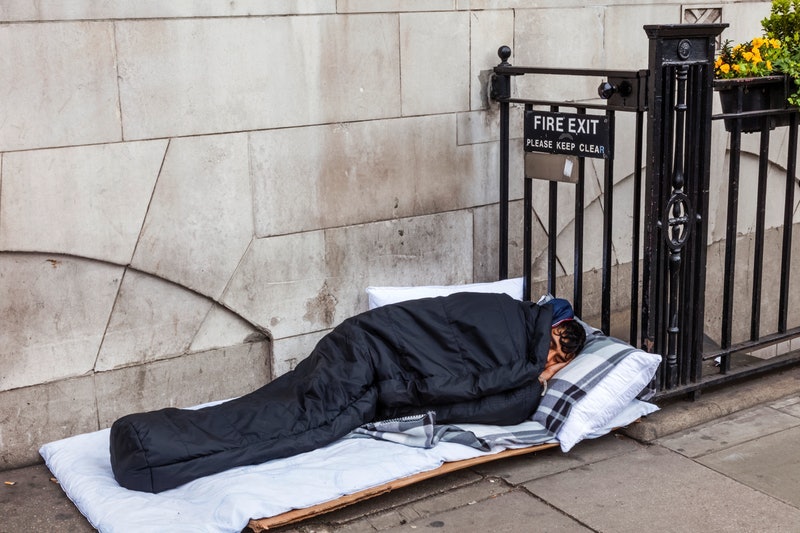 On November 5, the Prime Minister announced that the Government would give local authorities an extra £15 million to safely house rough sleepers during the pandemic, running alongside the Everyone In scheme that helped house 15,000 rough sleepers in March. However, from the beginning of January, foreign rough sleepers face deportation from the UK under new immigration laws.

Under immigration rules set to be introduced when the Brexit transition period ends and put into effect from January 1, rough sleeping will become grounds for refusal of, or cancellation of, permission to remain in the UK and for the deportation of some non-UK nationals from Britain. The rules are able to be applied to people who spend as little as one night sleeping rough.

Leading homelessness charities have said the move will “endanger lives” as it would prevent vulnerable people from asking for help, undermining the existing progress in reducing homelessness. In a letter sent to the UK government, Crisis, Shelter, Liberty and many more organisations have urged the Home Office to reconsider the “dangerous” new immigration rules targeting people sleeping rough.

Polly Neate, chief executive of Shelter, described the move as a “huge step backwards from a government that says it wants to end rough sleeping,” explaining that seeking to deport people for the sole reason that they are homeless will undoubtedly mean fewer people coming forward for help.

“Rough sleepers, no matter where they are from, are a symptom of a home-grown housing emergency,” Neate added. “This emergency has been caused by the failure of successive governments to build the social homes we need. Investment in social housing will solve this emergency – not punishing people for being homeless.”

Home Office officials are said to be aware of the “sensitivity” of making rough sleepers liable for deportation, and the UK government maintains rough sleeping rules will only be used “sparingly” as grounds for denying or cancelling a non-UK national’s right to remain in the country, for example in circumstances where they had been offered support (accommodation or welfare assistance, for example) but did not accept it.

However, the policy is already highly divisive, and the Home Office is under scrutiny. Not only are impacts of the Windrush Scandal still raw, but a recent report by the Equality and Human Rights Commission found that the Home Office had behaved unlawfully in implementing their "hostile environment" tactics. On top of this, a chartered flight deporting thirteen people to Jamaica took off on Dec. 2, despite major opposition from MPs, celebrities, and campaigners.

The new rough sleeping immigration rules fall under other changes previously announced by the government, including new measures in a points-based immigration system and a wider border policy overhaul in which all foreign nationals, including EU citizens, will be subject to significantly stricter criteria for entry to the UK.

Below are options for those looking to help overturn the planned deportation rules for rough sleepers: