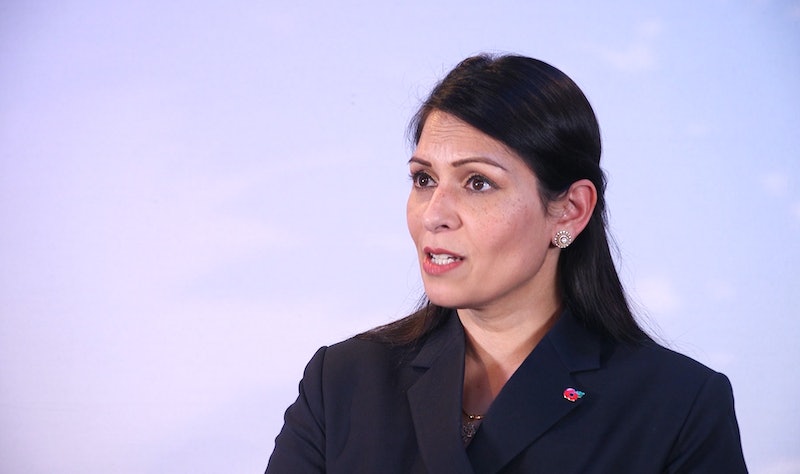 Update: In the early hours of the morning on Dec. 2, a deportation flight to Jamaica was carried out despite major opposition from MPs, celebrities and campaigners. The UK Home Office had initially planned to deport 50 people on the chartered flight to Kingston, Jamaica, but in the end only thirteen people were forcibly removed.

Per The Independent, last minute legal interventions helped stop the deportation of at least ten people at the eleventh hour.

In addition, it’s been reported that the Home Office and Jamaica were able to “quietly” reach a deal to not remove people who came to the UK before the age of 12.

On Dec.1, two children of the deportees also challenged the government its decision. They demanded that an assessment be carried out about what effects the deportation of fathers aboard the flight would have on their children. As a result, some of the deportees with children were allowed to remain in the UK, but not all.

Previously: It has been reported that Priti Patel is planning to deport 50 Black British people on a chartered flight to Kingston, Jamaica, on Dec. 2.

Writing for gal-dem, Zita Holbourne, co-founder and national chair of BARAC UK (Black Activists Rising Against Cuts), said: “Those targeted for deportation have been criminalised by virtue of their immigration status, others are going through appeals and those who have been sentenced criminally now receive a triple punishment of prison, detention, and deportation.”

This type of deportation is nothing new for the UK. During the height of the Windrush Scandal, they were taking place regularly, and back in February of this year, a flight deporting 17 people from the UK to Jamaica took off despite a legal challenge alleging that some detainees had not had adequate access to legal support.

Many of those scheduled for deportation on Dec. 2 have faced similar challenges, with BARAC UK reporting hat a number of them have been unable to reach legal representation. The organisation has learnt that the computer room at Colnbrook Immigration Removal Centre in Harmondsworth, where detainees can access the internet, fax machines, and phones, and liaise with legal representatives, is closed due to COVID-19 measures. These measures have also prohibited visitors entering the detention facility, meaning that families and loved ones are not able to reach detainees, nor say goodbye to them.

Writing in gal-dem, Holbourne, who is also a human rights campaigner, revealed her worries about the looming threat of COVID-19 for detainees. “Cuffing people to guards and ushers during lengthy journeys to airports, and then for the duration of a long haul flight, is not compliant with COVID-19 requirements and further threatens contraction of the virus.”

In a statement sent to The Independent, a spokesperson for the Home Office said today: “We make no apology for seeking to remove dangerous foreign criminals to keep the public safe.

“That is why we will regularly operate charter flights to different countries to remove dangerous criminals who have no right to be here," the spokesperson said, adding: “The people being detained for this flight include convicted murderers and rapists.”

The Home Office also stated that none of the individuals due to be on the flight are eligible for the Windrush Scheme.

Today's decision comes one day after the Equality and Human Rights Commission (EHRC) found that the Home Office had broken equalities law when it introduced its hostile environment immigration measures in 2012. The study from the EHRC called this period a "shameful stain on British history."

Theresa May told the Telegraph in 2012 her aim as home secretary "was to create here in Britain a really hostile environment for illegal migration." The measures her cabinet introduced made it more difficult for people without certain documentation to get a job, rent a property, access healthcare and open a bank account.

The EHRC study found that the negative consequences of the hostile environment were “repeatedly ignored, dismissed, or their severity disregarded” and that there was "a lack of commitment" within the Home Office to the importance of equality.

Below are options for those looking to help stop the planned deportation on Dec. 2

This article was originally published on November 26, 2020