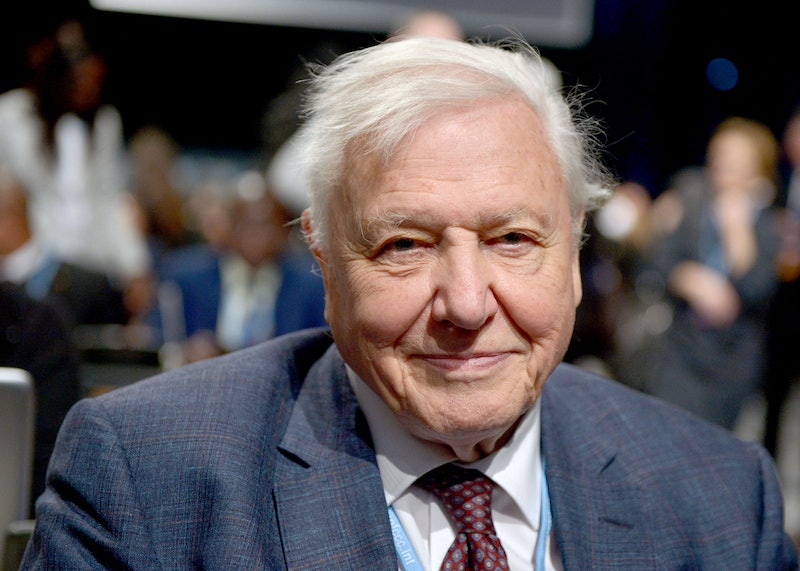 Beloved historian and broadcaster Sir David Attenborough is the latest UK celebrity to receive the COVID-19 vaccine. Just days after The Queen and Dame Joan Collins were vaccinated, the 94-year-old Perfect Planet presenter was given the first of two of the necessary doses to protect him from the virus.

Per BBC, it's not yet confirmed which of the three available vaccines Attenborough was given: Oxford-AstraZeneca, Pfizer-BioNTech or Moderna.

Attenborough is the latest in the line of legendary British stars who have now been vaccinated, including Sir Ian McKellen, 81, Great British Bake Off judge Prue Leith, 80, and Sir Tom Jones, 80. The Queen, 94, and Prince Philip, 99, had their vaccinations on Saturday (Jan. 9) by a household doctor at Windsor Castle.

Last month, Attenborough praised the "triumph" of the vaccines and spoke of his willingness to receive the jab once it was made available.

"At 94, I think I'm entitled!" he joked to The Telegraph during a recent interview. "I'm sufficient of a scientist still, I hope, to realise this is the thing to do."

He added: "The virus has made us feel we are more vulnerable and vulnerable to what is happening to the world. It has drawn attention to the fact we aren’t as omnipotent and all-controlling as we think we are."

Fans of the national treasure have been tweeting their relief that the presenter is vaccinated.

"So Sir David Attenborough has had the vaccine. That’s some of the best news I’ve heard today," one person wrote.

Another said: "Sir David Attenborough needs to be protected at all costs. What an amazing man."

Some have even said the TV historian's vaccination has helped calm their own vaccination fears."So Sir David Attenborough has had the vaccine... I don't really have a reason not to get it now do I.... (when it is my turn that is)," tweeted a fan.

He added: "We're injecting hope into millions of arms – with each jab administered, we're one step closer to normal. In the meantime, stay at home to protect the NHS & save lives."

The UK is currently in the midst of its biggest mass vaccination program with roughly 2 million people in the UK now vaccinated.