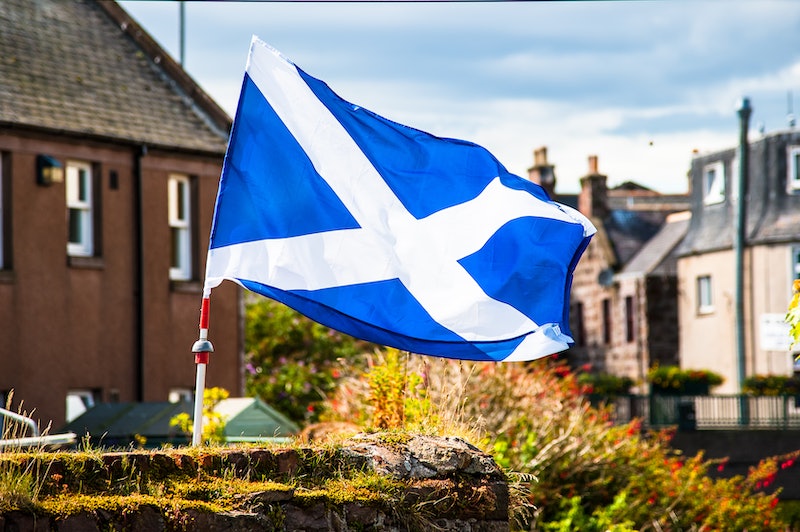 You may have noticed that there's lots in the news lately about the political issue of devolution. But what is devolution, and why is everyone talking about it right now? Here's everything you need to know.

Devolution is the name given to the way that certain powers have been given to elected groups across the UK, in Scotland, Wales, and Northern Ireland. These powers were previously held by Government in Westminster, and include things like housing, health, and fire services. Westminster still keeps many powers however, like defence, foreign policy, and taxes.

The Scottish Parliament, Northern Ireland Assembly, and National Assembly for Wales were formed after devolution was decided by public votes, which were held in 1997 in both Scotland and Wales, and in parts of Ireland the following year.

As well as these three elected groups, mayors across the country also have a number of devolved powers in England.

How does devolution differ in Scotland, Ireland, and Wales?

Prior to devolution, Scotland already had its own legal and education system, making it different from Wales and Ireland. After devolution was decided, many more powers were given to The Scottish Parliament at Holyrood in Edinburgh. These include the power to make decisions on things like housing, health, and some transport and taxes.

Following initial public votes on devolution in 1997, Scotland has had its powers extended in 2012 and in 2014. However, many in the country (including the Scottish National Party or SNP, which forms the Scottish government) have long argued that Scotland should be entirely independent. There was a referendum on Scottish independence in 2014 in which remaining as part of the United Kingdom won by a margin of 10%.

However, since then the SNP has grown in power, gaining more and more seats in parliament, coupled with the fact Scotland voted against Brexit, and that opinion polls now show a majority in favour of independence, the issue is firmly back on First Minister Nicola Sturgeon's agenda.

The National Assembly of Wales (now known as the Senedd Cymru) is responsible for Welsh devolved powers, including economic development, Welsh language, housing, and the environment.

The Northern Ireland Assembly at Stormont in Belfast is now responsible for making decisions on things like education, pensions and child support, and agriculture.

However, devolution works slightly differently in Ireland as it does in Wales and Scotland. The powers are split into three categories: transferred powers (powers The Northern Ireland Assembly are responsible for), reserved powers (which remain at Westminster but could be passed over in future), and excepted powers (powers that cannot be moved over without special laws in Westminster, including things like elections).

The issue of devolution has hit the headlines most recently due to comments made by Boris Johnson during a Zoom call with fellow Tory MPs. The Sun reports that he is said to have commented that "devolution has been a disaster north of the border," in reference to Scotland.

"What he does feel strongly, and I would agree, is that devolution in Scotland has facilitated the rise of separatism and nationalism in the form of the SNP, and that that's trying to break apart the United Kingdom," he added.

"Anybody, like the prime minister, who loves the UK wants to keep it together thinks that that's a very, very dangerous and disappointing outcome that we need to battle against."

Johnson's comments have not gone down well with political parties such as the SNP and Labour.

Speaking to BBC Breakfast, SNP MP Drew Henry said the recent comments, "underline the contempt that Boris Johnson and the Scottish Tories have for the people of Scotland."

SNP leader Nicola Sturgeon tweeted the following: "Worth bookmarking these PM comments for the next time Tories say they're not a threat to the powers of the Scottish Parliament — or, even more incredibly, that they support devolving more powers." She also mentioned the importance of advocating for Scottish Independence as a way of protecting and strengthening the Scottish parliament.

The Welsh Government has also expressed concern over the PM's comments. Jeremy Miles, the Welsh counsel general and minister for European transition argued they were damaging to devolution as a whole: “The PM’s comments are shocking but sadly not surprising. It has been clear for some time that this Conservative government is not remotely interested in respecting the devolution settlements across the UK."

“The Prime Minister is also minister for the union – but the conduct of his government is actually the biggest threat to the future of the union," he added.

More like this
Pret & Costa’s Coffee Is The Strongest On The High Street, According To Which?
By Sam Ramsden
Here’s What TikTok's "Mascara” Trend Is *Really* About
By El Hunt
Gen Z Are Twice As Likely To Identify As Queer, According To New Data
By Sam Ramsden
Twitter Has *A Lot* To Say About The "Single Penalty”
By Sam Ramsden
Get The Very Best Of Bustle/UK
Sign up for Bustle UK's twice-weekly newsletter, featuring the latest must-watch TV, moving personal stories, and expert advice on the hottest viral buys.