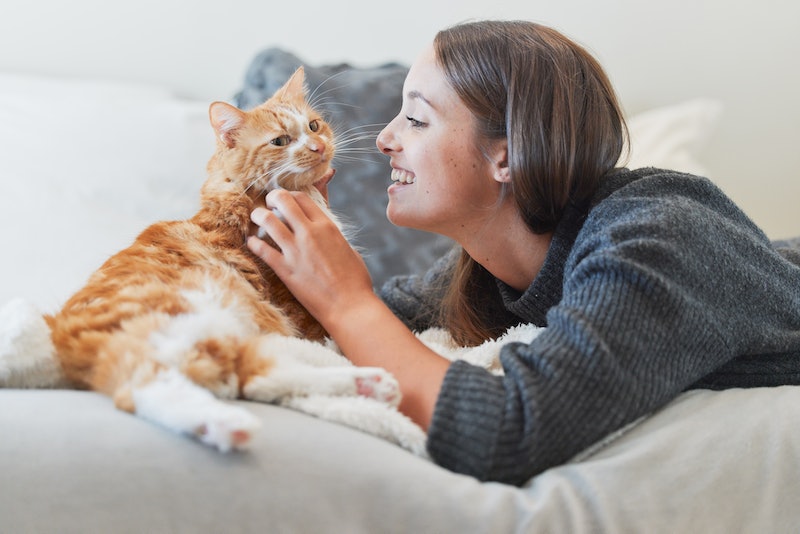 If you have pets, then you know that going on vacation can be a little bittersweet. Sure, it's great to get away from everything, relax, and go on some new adventures, but it's also really hard to take a break from your little fur babies! You miss them when you're gone, and it's not like you can call to talk to them when you're feeling particularly sad about their absence. I have three cats, and every time I travel, I make whoever is watching them send me pictures of them. I miss them so much when I'm not with them! If you feel the same way, you might sometimes wonder, Do cats miss their owners?

You'll probably wonder this specifically about cats, because it's pretty obvious that a dog misses their owner whenever they're away. Plus, there's scientific evidence that backs that up. But cats? They're a little harder to decipher. “I’m not sure we can answer for certain as to what goes on inside a cat’s head, but their behavior can lead us to believe they might feel at least some types of emotions,” Dr. Stephanie Austin, DVM and medical director and veterinarian of Bond Vet, tells Bustle. “For example, we’ve probably all seen a cat twitch its tail when annoyed or angry, or felt affection when their cat rubs their head against us.” Imagine this scenario: You go away for two weeks, come home, go to pick them up and cuddle them... and watch them run away from you without a care in the world (this has definitely happened to me several times). So did they really not notice, or care, about your absence? Or are they just annoyed that you left them for such a long period of time?

It's probably a mixture of both, also research doesn't totally agree on whether cats really miss their owners or not. One 2015 study from the University of Lincoln says that cats don't miss their owners the way dogs do because they don't attach to their owners in the same way dogs do. But, according to IFLScience, some research says that cats get kind of annoyed at their humans when we leave them, which could result in passive-aggressive behavior, and vice versa: “Many cats do respond positively to affection, so it’s possible they have some understanding that it’s a good, friendly gesture,” says Austin.

But let's be real: If you have a cat, you know that you guys have a bond going on that a lot of people just don't seem to get. Research be damned! You know your cat probably missed you while you were away. But how can you tell for sure? Do cats miss people? There are a few little signs that your cat missed you while you were away, whether on a long vacation, or just a particularly lengthy work day.

How Cats Behave In Your Absence...

For one thing, you might notice that, when you get home, your cat is purring and stretching a lot. One study from PLOS looked at how cats behave when their owners aren't home. Researchers looked at two groups: For one group, the owners were gone for 30 minutes; for the other, owners were gone for four hours. They found that the behavior of both groups, overall, remained pretty much the same — they did what they normally do despite the difference in time the owners were away. One thing they did notice, though, was that the cats were more likely to purr and stretch more for the owners who had been gone for four hours. So, if you come home and notice that your cat is purring and stretching a lot, that could be a sign that they're happy you finally came back.

Affectionate Gestures From Your Cat Indicate This...

Simple affectionate gestures may also indicate that your cat has emotions, and therefore missed you. “Many cat behaviors, such as rubbing against someone or licking (normally a part of mutual grooming between cats), can be friendly signs between cats who get along well,” says Austin. “Cats may extend these same behaviors toward their human companions. Sometimes just spending time together can be part of that companionship too.”

If Your Cat Is Stressed Out...

Another sign your cat missed you is that they might seem a little stressed out when you return, maybe a little agitated. Researchers looked at cats who were left alone, and found that while the cats didn't display signs of emotionally missing their partner, the cats did seem more stressed and irritated. Sounds about right!

It All Comes Down To This...

In the end, all cats behave differently, and what they do when you come home depends on their personalities and how you treat them. “Some cat breeds are more well-known for being affectionate, or at least gentle and open to interactions with humans. One example is the Ragdoll, a breed known for its tolerance to humans picking them up and holding them,” says Austin.

Not all cats are the same!

This article was originally published on May 13, 2018