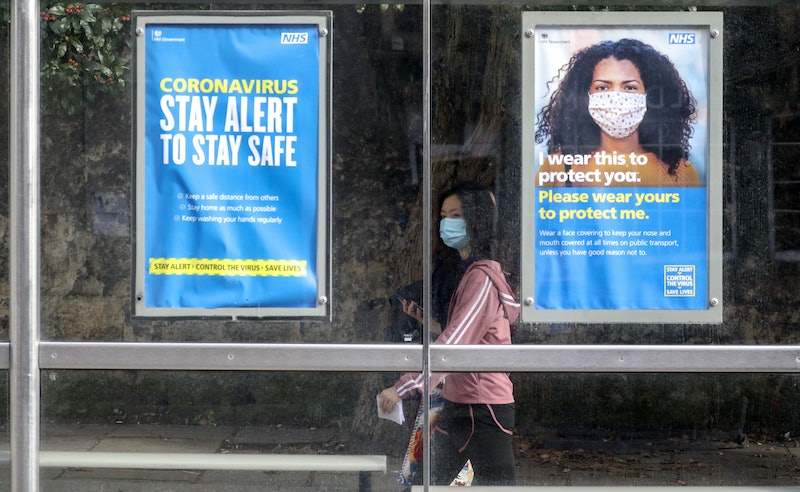 New mandatory measures will see ethnicity recorded on death certificates to better understand why people from Black, Asian, and Minority Ethnic groups in Britain have been hardest hit by coronavirus, reports the Guardian. The recommendation was put forward by the government's Race Disparity Unit (RDU) advisory group, which was then accepted by Prime Minister Boris Johnson.

This follows a report made by Public Health England in June, which suggested that the risk of dying from coronavirus was "higher in BAME groups than white ethnic groups." According to their findings, people of Bangladeshi heritage were most at risk, "with about twice the risk of death compared with people of white British ethnicity." The report also found that "people of Chinese, Indian, Pakistani, other Asian, Caribbean, and other Black ethnicity had between a 10% and 50% higher risk of death when compared to white British" people.

These recommendations also include a £25m fund for "community champions", which will be given to local councils to spend. This will go towards communicating "public health messages with credibility and impact among those less likely to trust or respond to government sources."

The RDU also recommends that government departments should work together and "at pace" to develop policies to mitigate racial and ethnic disparities, as well as providing risk assessments at work for everyone "to avoid stigma and protect all people in need of support." A risk calculator is also being developed by the University of Oxford "to help doctors and individuals understand more about their risks from COVID."

More like this
The Queen’s Cause Of Death May Not Be Formally Announced
By Shahed Ezaydi and Catharina Cheung
Will Archie & Lilibet Attend The Queen's Funeral?
By Sam Ramsden
Women Around The World Are Cutting Their Hair In Solidarity With Mahsa Amini
By Darshita Goyal
Camilla Paid Tribute To The Queen In A Heartfelt Video Message
By El Hunt and Sam Ramsden
Get The Very Best Of Bustle/UK