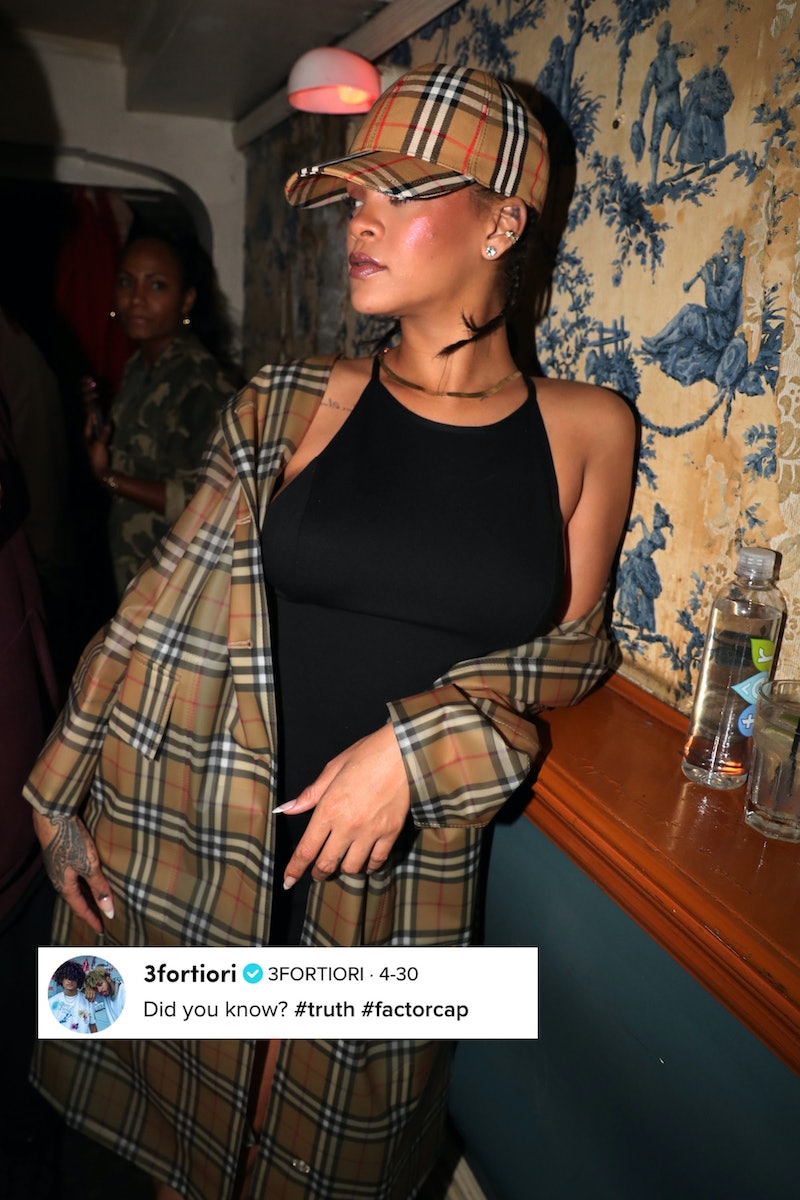 If you’re active on TikTok, you’ve probably scrolled past your fair share of “cap” or “no cap” comments. From the “C-A-P, CAP,” nursery rhyme-ish audio snippet, to troll comments saying that a user is “capping” or the emoji iteration, “🚫🧢,” the existential question of TikTok seems to be, “to cap or not to cap?” Now, another question arises: “Fact or cap?”

The phrase “fact or cap” is derived from the African American Vernacular English (AAVE) word “cap,” used to mean that someone is lying. (On the other hand, “no cap,” is used to signify someone is telling the truth.) So, “fact or cap” is essentially another way of saying, “fact or fiction.” The phrase has become frequently used on TikTok as a phrase to prompt a sort of myth-busting video, in which a user duets or stitches another TikTok and tests whether the user’s claim is “fact or cap.”

“Fact Or Cap” Videos On TikTok

A lot of “fact or cap” videos come out of life hack TikTok — you know, that genre of video that shows something neat but fairly useless. TikTokers have taken turns both at trying out these at-home DIY projects to find out if they’re fact or cap, and also poking fun at some of the “hacks” that are actually just simple science. Take, for instance, user @3fiortori’s video below, where he teaches users that water is wet.

Some other users have used the “fact or cap” dichotomy to make head-to-head comparisons — whether it’s which anime character would win in a battle, or what shoe is better. In the below video, @thetsunamichild uses Drake’s “Lemon Pepper Freestyle” to announce which shoe wins the title of “That’s facts.” (The losing shoe is, presumably, “cap.”)

A TikTok duo that uses the handle @partyshirt has become particularly well-known for their “fact or cap” series as they test out everything from TikTok recipes to beauty hacks. The pair of musicians, known as Ivy and X, told VICE that they like to consider themselves the “Snopes of TikTok,” fact-checking clickbait and false trends so that other users don’t have to.

Even medical professionals have begun to weigh in on “fact or cap” debates, using their expertise to debunk misleading health myths and medical misinformation on TikTok.

Where Does “Fact Or Cap” Come From?

Like many phrases that have become popular on TikTok, phrases like “cap,” “no cap,” or “fact or cap,” aren’t new Gen Z language or internet jargon. According to Dictionary.com, using “capping” to mean “lying” in AAVE dates back to the early 1900s. Dictionary.com says that the term likely comes from a social ritual of exchanging insults, called “capping.” In that context, “cap” meant the “top” or “uppermost limit,” so accordingly, participants tried to top each other’s insults. Think, a classic roast.

In a 2019 Genius explainer of the origin of “no cap,” rapper Willie D spoke on the ‘80s and ‘90s use of the phrase “high capping” in hip-hop music, saying that “no cap” is just an “updated version” of “high cap.” “‘Capping’ can be insulting somebody,” he says, “or it can be someone being braggadocious.” Hence, “no cap” is often used to clarify that the speaker isn’t making unfounded claims about their success or accomplishments.

Now, the next time you see a “fact or cap” video, you’ll know the facts — and the cap — about the phrase’s origin.