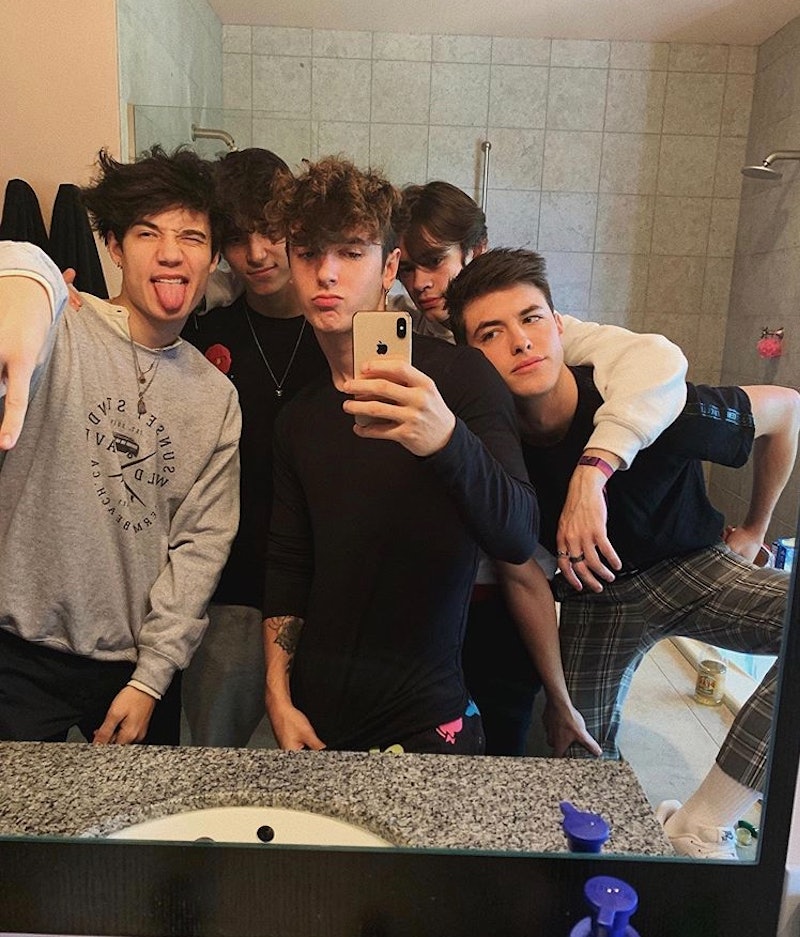 If you're just now emerging from a TikTok vortex after being sucked in for the last few hours, welcome. You probably have “Go Little Rockstar” stuck in your head, are feeling like a gorgeous gorgeous girl, and, of course, you might have some questions. What does “Sheesh” mean, and why does Gen Z often find it cringe? How do you "ship" a couple? And what does "no cap" mean on TikTok?

No cap is more than just a hashtag or series of emojis you’ll often find in TikTok comments section. And, though especially popularized by the viral song by YoungBoy Never Broke Again that loads of TikTok users lip-sync to, the term predates TikTok itself — with its origins dating back to the early 1900s.

Per Urban Dictionary, no cap "usually means no lie," so it often follows an unbelievable statement or serious question. And according to Dictionary.com, to "cap" can also mean to dishonestly brag about something, so if you say "no cap," it means you aren't talking yourself up. Some people also use it to mean "totally."

On his YouTube channel The Wade Empire, where he often explains the meaning of words and phrases, entertainer Terrell Wade agrees that "no cap" is a form of telling the truth, adding "the word 'cap' pretty much just means 'lie.'" And over on the YouTube channel All Def Comedy, in a segment called "Is That What The Kids Say?" the presenters get to the bottom of the meaning of "capping," specifically. If you're "capping," they say, it means you're lying.

TikTok user @kindasortateacher says she had her students explain it, along with other Gen Z words like yeet, mood, and sus, as part of a school project. For “no cap,” they landed on the definition: Not containing falsehoods of any kind. To use it in a sentence — as any teacher would want you to do — you might say, "I'm so tired I'm going to sleep till Monday. No cap."

The phrase “no cap” itself may have been popularized in 2017, when Atlanta-based rappers Young Thug & Future released a track called "No Cap," where they rap about their cars and jewelry, among other things. While in this context it might refer to having "no cap" or no maximum on how much money you're willing to spend, these days it's typically used as a joke to punctuate something that seems unbelievable or "unreal." According to a Genius explainer on the origins of “no cap,” the very first lyrical mention of the phrase came in 2011 from “Just in Case” by Chief Keef and Gino Marley.

However, the concept “capping” has been present in hip-hop for decades, and in popular culture for over a century. According to Dictionary.com, using capping as a phrase meaning “lying” originated from African American Vernacular English (AAVE) of the early 1900s. As previously reported by Bustle, capping originated as a “social ritual of exchanging insults” — similar to today’s roasting. Those participating in the ritual would elevate their insults to the uppermost limit, or “cap.” Likewise, in the “No Cap” Genius explainer, rapper Willie D says that the phrase “high cap” was used in ‘80s and ‘90s hip-hop in the same way that “no cap” is used today.

So, when someone comments “no cap” on a TikTok, it means the commenter is acknowledging the truth (or the boast) in the original video. They may mean it ironically — and on TikTok, that’s more than likely the case — but now you know the underlying origin. While this phrase, among many other popular terms on TikTok, might be understood as Gen Z or internet “slang,” the origins of “no cap” are actually not new at all. And that’s a fact.