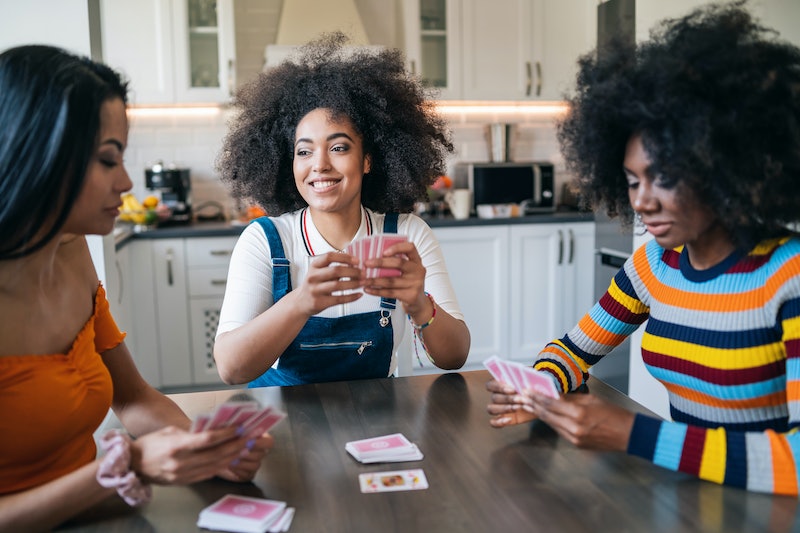 If you love card-based party games that have a little bit of dark humor and ample opportunities to learn things you never knew about your guests, you should know that it is possible to branch out from Cards Against Humanity. The best games like Cards Against Humanity are a little bit subversive and a lot of fun, with a similar card-based format that’s easy to master for a group of almost any size.

These games appeal to the subversive side of human nature, whether that’s through confessionals, innuendos, political incorrectness, or, well, exploding kittens (more on that later). Bonus points often come in the form of overall absurdity and ridiculous optional rules.

All of the games below are iconic for being fun AF; they can be played with large groups (some with ten or more people) and will keep you going for up to 90 minutes. However, some are more scalable than others. One consideration with party card games is expansion packs, which will keep the gameplay feeling new if you often play with the same people, or play multiple rounds in a sitting. Whenever possible, I've included expansion packs that apply to the games featured below. There's also one bestseller that doesn't require anything extra because it changes every time based on the players and their court of public opinion.

From the most-backed game in Kickstarter history to the Friends trivia deck that superfans will reach for over and over, these are some of the best card-based party games to bring a group together — and you can get them all on Amazon.