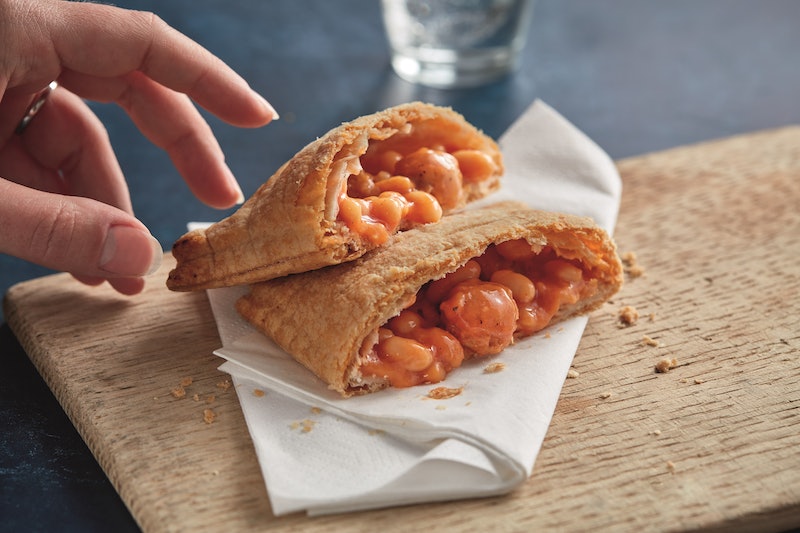 Whether it’s a Cornish pasties or the humble sausage roll, when you want a pastry treat at lunchtime the only real option is Greggs. The bakery is already known for its impressive vegan menu and Greggs is launching a new vegan sausage, bean and cheeZe melt. In a video on Instagram unveiling the tasty creation, Greggs wrote, “another legend has been veganed.”

Hannah Squirrell, customer director at Greggs, said, “The latest addition to our menu gives customers another vegan-friendly alternative to one of our most iconic menu items. As we expand our vegan options with the launch of our new Vegan Sausage, Bean and CheeZe Melt, we mark another milestone as we continue with our journey to become our customers’ favourite destination for food-on-the-go.”

The new vegan sausage, cheeZe, and bean melt will cost from £1.60 and joins Greggs ever-growing vegan and meat-free menu. The vegan sausage roll was a massive hit after it was added to menus in 2019. Since then they’ve also developed a vegan version of their super popular steak bake.

The vegan sausage, bean and cheeZe melt will hit Gregg’s bakery shelves on August 5, 2021. You can either go in-store, order online through click and collect, or on Just Eat. If you’re planning on getting your hands on one on launch day then you may need to be quick. One person wrote on Instagram, “What a beautiful time to be alive.” Another said, “I cannot wait for this!” And someone else simply requested, “Feeeeed me.”

More like this
Heinz Just Relaunched A Bean-Tastic '90s Fave
By Sam Ramsden
Pepsi’s Festive Flavour Is Finally Coming To The UK
By Sophie McEvoy
Everything You Need To Know About Dabloons, TikTok’s New Currency
By Catharina Cheung
8 Money Saving Experts To Follow For Accessible Advice
By Maxine Harrison
Get The Very Best Of Bustle/UK