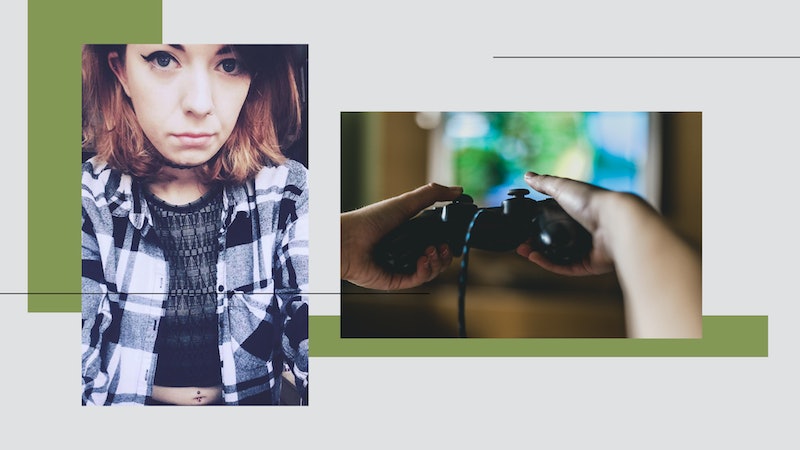 Courtesy of author / Carol Yepes/Getty
What I Learnt In Lockdown

Some people dread the thought of being alone but, as an introvert, I revel in it. I suppose that’s why I’ve always gravitated towards gaming, a medium that works to create meaningful, single-player experiences through immersive worlds and absorbing narratives. But as someone who’s prone to the odd existential crisis, seeing the constant stream of negative headlines about gaming can lead me into a downward spiral of gamer’s guilt, where I find myself questioning whether I should give up the hobby all together.

However, as lockdown arrived and contact with the outside world came to a halt, I began to embrace the inner gamer that I'd hidden away for a while – and I wasn't the only one. The UK gaming industry flourished, with digital downloads rising by 67% throughout March in the UK and physical sales jumping 218% before lockdown was enforced on March 23. Animal Crossing: New Horizons became the prevailing success of the pandemic, selling 12 million copies 12 days after its initial release on March 20.

The benefits of gaming have also become more apparent to me. In his essay for academic news site The Conversation, Paul Keaveny argues that video games were a great way for people to boost their well-being doing the pandemic, something I have definitely felt first hand.

Keaveny frames his argument around something called the Self-Determination Theory, which says humans have three psychological needs: autonomy, competence, and relatedness.

"The gamer’s guilt became white noise, and for the first time in a long time I felt like a kid again."

Gaming is one way of providing an outlet for all these needs, Keaveny says, with research showing that autonomy can be achieved by “giving players freedom of choice” and can provide “a meaningful narrative for completing tasks.” Games can also “facilitate a feeling of competence by presenting challenges that aren’t too hard or too easy and feel rewarding to overcome." Relatedness comes in the form of playing online or, in my case, connecting to the game’s characters. In short, “caring about a character and their plight (relatedness) motivates players to help them (autonomy), and enhances their sense of competence to succeed.”

Finding something that brought me joy in an otherwise negative situation helped me to realise the value gaming adds to my life. Before I knew it, I started to lose myself in the games I love, the ones I’d started but never finished, and new ones along the way. The gamer’s guilt became white noise, and for the first time in a long time I felt like a kid again.

So instead of limiting myself to an hour or two in these virtual worlds as I did before, I relished in the freedom. Animal Crossing became my sanctuary, The Last Of Us: Part II made me question whether revenge is worth it in the end, and I didn’t expect to learn about the first Mongol invasion of 13th century Japan during lockdown, but thanks to Ghost of Tsushima, here I am.

These games spurred me on to finally invest in a back-catalogue of games I’d been meaning to buy for ages, too. Being continuously floored by The Last Of Us made me buy the entire Uncharted series (made by the same developers Naughty Dog) and the serene calm of Animal Crossing piqued my interest in upcoming titles like Summer in Mara and Windbound.

"During the pandemic, the simple act of having fun became more crucial than ever."

This wasn’t the journey of self-discovery I planned to embark on during lockdown, but it’s taught me not to be ashamed of the hobby I adore. As one of my favourite Instagram artists Charlotte Legat says: “having fun is not a waste of time." In fact, during the pandemic, the simple act of having fun became more crucial than ever. Lockdown has taught me to stop questioning and start enjoying.