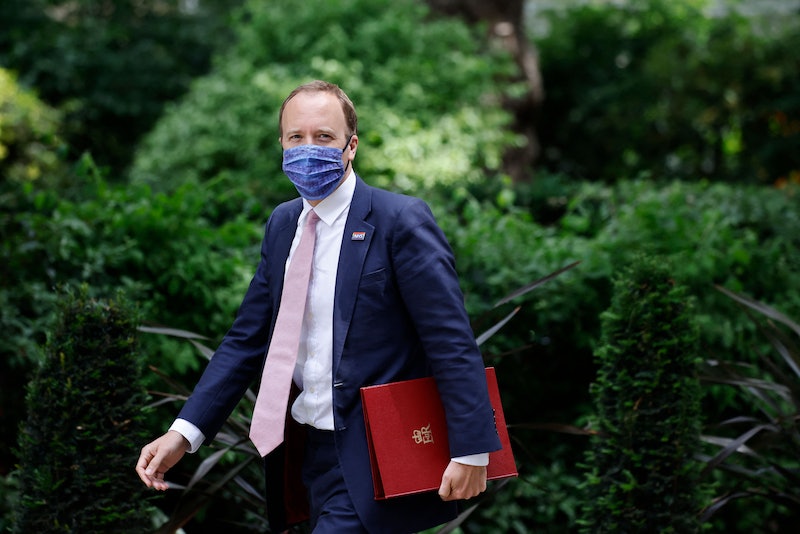 In February 2021, a court found that the now-former Health Secretary Matt Hancock acted illegally when he failed to disclose the details of the contracts awarded during the coronavirus pandemic. The Department for Health and Social Care (DHSC) handed out hundreds of millions of pounds worth of supplier contracts during the coronavirus pandemic, and now a judge ruled that the former secretary of state for health and social care “breached his legal obligation” to publish these contract award notices within the 30-day period required by law.

Now, the former Health Secretary, who was forced to resign last month after he was caught kissing his aide at work, has been found to have used his personal email to discuss and secure contracts at the start of the coronavirus pandemic. Large amounts of decision-making records surrounding key contracts including the negotiation of PPE contracts, the test-and-trace programme and overseeing the care homes strategy are unaccounted for as Hancock used his personal email for correspondence, Downing Street has admitted.

Here's a play-by-play of everything you need to know about how Matt Hancock acted illegally during the COVID-19 pandemic.

What has Matt Hancock been found to have done illegally?

There is usually a competitive tender process for the government awarding contracts for services. A competitive tender, which is also called an “open tender” or “public tender”, is when a contract is published by a public sector organisation to invite competing offers from suppliers, often in the search of the best value and quality service. However, as the pandemic struck in early 2020, there was a rush to secure equipment and services to tackle the increasingly worrying spread of the virus in the UK, and this process fell by the wayside.

In addition to competitive tender notices, the government is required by law to publish “contract award notice” within 30 days of the awarding of any contracts for public goods or services worth more than £120,000. This is where Matt Hancock and his department were found to have acted illegally, by not being transparent with the public when the contracts were awarded. In February 2021, procurement consultancy Tussell found that the DHSC spent nearly £15billion on PPE contracts with different companies by the beginning of October 2020, but only £2.68billion worth of these contracts had been published, per The Guardian

Not-for-profit organisation Good Law Project (GLP) took legal action against the DHSC over its “wholesale failure” to disclose details of the awarded contracts, and was successful. A judge said there was “no dispute” the former health secretary had acted unlawfully by not publishing details within 30 days of contracts being signed, and the public had a right to know where the "vast" amounts spent had gone and how contracts were awarded.

In a letter sent by its lawyers on July 13, the GLP asked the government to search Matt Hancock’s private email after Downing Street admitted that the former health secretary had used his personal address for conducting government business. The campaign group has said his inbox should be checked for so there would be transparency about the awarding of COVID contracts at the beginning of the pandemic. However, the government has rejected the argument, saying that a search of Hancock’s personal emails was "neither necessary nor proportionate," per BBC News.

“Well, this is all rather convenient,” Good Law Project’s director Jo Maugham told the Independent. “It’s clear that Hancock used their private email addresses for official business. But government lawyers still won’t search those emails. Afraid of what they might find?”

MPs are not banned from using personal emails for conducting government business, but are subject to certain guidance when it comes to whether communications contain "substantive discussions or decisions”. If this is the case, ministers are supposed to "take steps to ensure the relevant information is accessible", such as copying emails from their personal account to a government account, but this is at the MP’s discretion.

“This is exactly why ministers use private emails – to avoid scrutiny and accountability,” said the Labour party’s deputy leader Angela Rayner. “The government has already admitted that ministers have been using private emails to conduct official government business. This stinks of yet another dodgy cover-up.”

Who were the contracts for?

Per The Guardian, the GLP highlighted three PPE contracts to illustrate their case: a £252 million contract for the supply of face masks with a finance company, Ayanda Capital; a £108 million contract with Clandeboye Agencies, which had previously supplied only confectionery products; and PPE contracts worth £345 million with a company trading as Pestfix.

Not only is it in the public interest for the government to be transparent in awarding public contracts, but also publishing the contract details allows auditing bodies such as the NAO to "scrutinise and ask questions about this expenditure,” said Justice Chamberlain.

“The public were entitled to see who this money was going to, what it was being spent on and how the relevant contracts were awarded,” he added.

What has Matt Hancock said in his defence?

In response to the ruling, the government said it fully recognised the “importance of transparency,” per the BBC. However, the former health secretary has dismissed the ruling that he broke the law as just “delayed paperwork”. Speaking on Sky News on Feb. 21, Hancock said: “I think any secretary of state in my position would absolutely back my officials in doing the right thing – saving lives.”

“Some of the paperwork got a little bit delayed and I’m absolutely backing my team who did a phenomenal job in incredibly difficult circumstances,” he added. “All these rules – we followed them absolutely with transparency.”

What are the legal repercussions?

Justice Chamberlain recognised that it was “understandable that attention was focused on procuring what was thought necessary to save lives” during the “unprecedented” situation the DHSC has faced during the pandemic. However, the department's “historic failure” to publish contract details awarded during the pandemic was “an excuse, not a justification”.

So far, there has been no news as to whether Matt Hancock will face any repercussions.