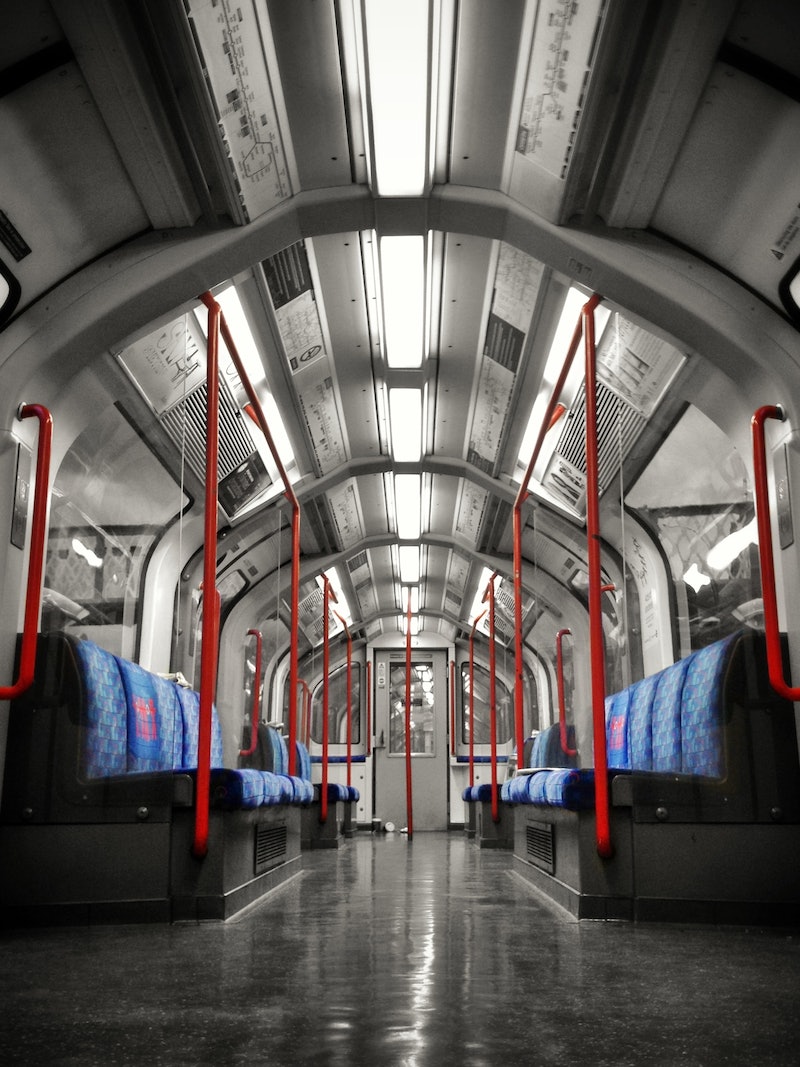 Although he's famously a Bristol native, a few of Banksy's famous artworks pop up around the UK capital, including his most recent. The work, entitled If You Don't Mask, You Don't Get , is a series of his istantly recognisable rat characters in pandemic garb. The rodents, some of whom are sneezing, are seen struggling to get their heads around masks and hand sanitisers. It was installed on a London Underground carriage by an individual believed, but not confirmed, to be the mysterious artist himself.

The peice befits its surroundings, as face coverings became compulsory on public transport in England as of June 15 due to the ongoing coronavirus crisis. In a video shared on the notoriously secretive artist's Instagram page, a person is seen in full hazmat gear disguised as a professional cleaner. Bewildered bystanders are shooed away as the magic happens and the artwork begins to take shape.

Stencils, a method favoured by the crafty artist for their speed and efficacy, are used to quickly festoon a Circle Line carriage with Banksy's much-used critters. If that's not clever enough, the masked crusader uses a well-disguised spray canister, which looks similar to those currently being used by TFL staff in intensive cleaning processes, to daub his tag on the carriage.

At the end of the video, there's a shot of open carriage doors, showing a wall emblazoned with "I get locked down," followed by said doors closing to reveal painted across them, "but I get up again." That clever play on words is from the legendary song Tubthumping by Chumbawamba.

However, art fans running out the door to hop on the Circle Line in search of the artwork will find themselves disappointed because sadly, it's already gone. An official statement from TfL, per the BBC, said although they're pleased with "the sentiment of encouraging people to wear face coverings," the rats and their message have been removed in accordance with their strict anti-graffiti policy. They added however, "we'd like to offer Banksy the chance to do a new version of his message for our customers in a suitable location."

The Metro reports that Joey Syer, cofounder of MyArtBroker, suggested the underground carriage piece would have potentially been worth a pretty big chunk of change. "Had TfL management known, and had the opportunity to remove and protect the installation, we estimate its value as a complete package to be in the region of £7.5 million." (A sum that have been hugely beneficial for the cash-strapped TfL).

Syer continued: "‘It’s a shame the opportunity was missed to perhaps remove the carriage from the network and turn it into a tourist attraction for all Londoners and the world to enjoy. Sadiq Khan must be kicking himself, but Banksy has yet again proved his ability to entertain and make a statement with such daring and style."

Although it remains to be seen if Banksy will take them up on their kind offer, considering his relish for controversy (including that shredder incident), it's unlikely that this rebellious artist is about to play by anyone's rules.