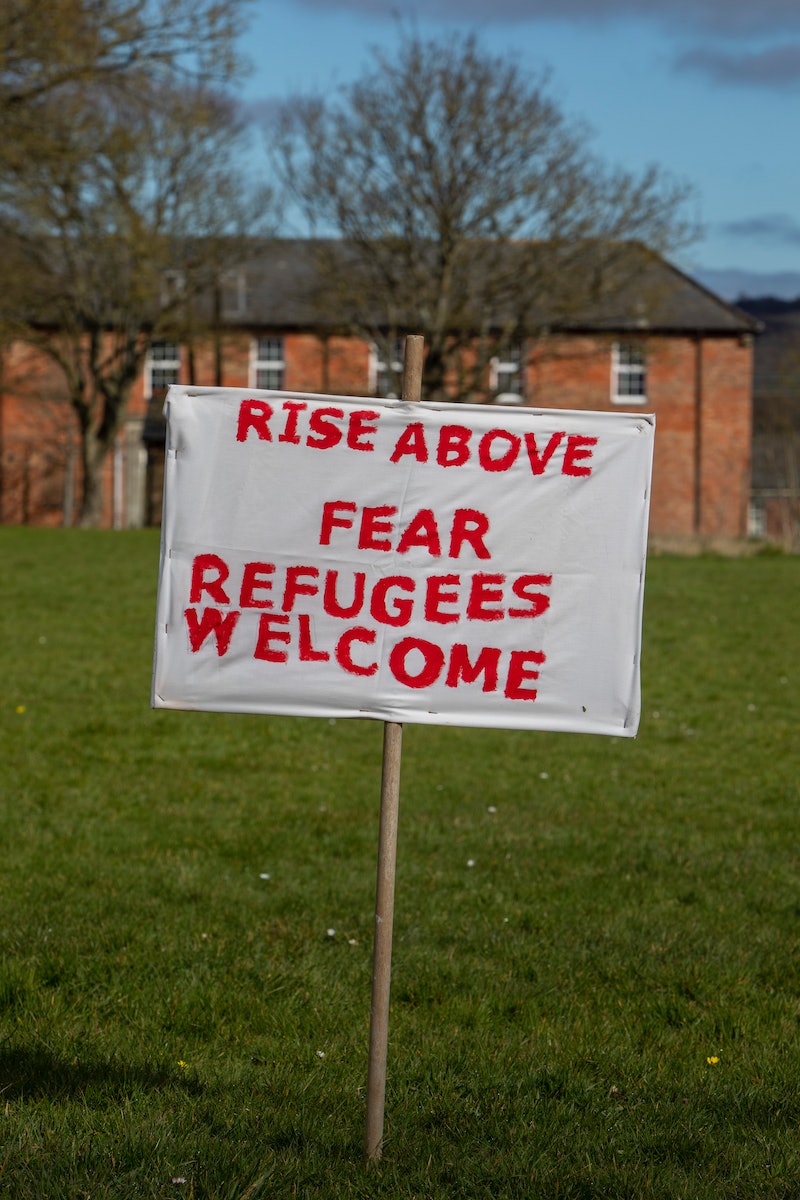 Almost 70 years ago, on July 28 1951, signatories of the UN came together to define the word ‘refugee’ at the UN Refugee Convention, which set out the rights of people fleeing persecution and war to seek safety in a new country. To mark the occasion, the UN Refugee Agency’s UK charity, UK for UNHCR, is launching a campaign which asks you to define “refugee” in your own words.

The project aims to compile a “Refugee Dictionary” — an anthology of definitions of the word “refugee,” as contributed by the nation. It hopes to emphasise the refugees’ range of individual experiences, stories, and backgrounds and “highlight that refugees aren’t confined or defined by one word”.

The campaign is led by lexicographer and media personality Susie Dent, who says, “Your definition will be yours alone, born of your own experience...This is about focusing on personal stories”. Dent has added her own personal definition of the word, too: “A refugee is the mother who sees her child find their smile again, free of turmoil, full of hope.”

Dent is joined by other personalities and UNHCR Goodwill Ambassadors such as actor David Morrissey, artist Professor Helen Story, Labour politician Lord Alf Dubs, and the first female Syrian refugee pilot, Maya Ghazal. Refugee students who have been able to attend tertiary education with the UNHCR’s help have also participated.

UK for UNHCR’s CEO Emma Cherniavsky said of the campaign in a statement, “The UK has a centuries long tradition of providing refuge and helped to convene and launch the 1951 Refugee Convention. We hope this campaign will act as a reminder of not only the importance of supporting refugees and their rights, but also of what a positive impact refugees have made in our lives and in the history and fabric of our country.”

The ‘Refugee Dictionary’ will be unveiled on July 28, coinciding with the 70th anniversary of the convention. To contribute, make sure to share your definition on the UN Refugees website by July 5.