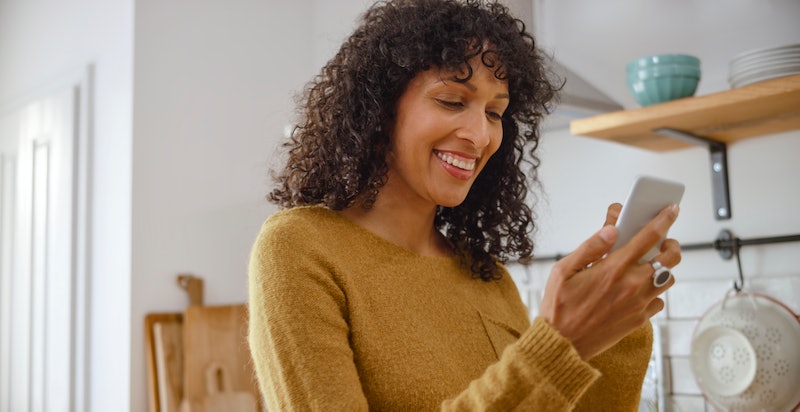 There are few feelings worse than posting a feed pic, only to find that your notifications aren’t blowing up Emily In Paris-style. Don’t want to see your college suitemate’s engagement post going mega viral? Now, you don’t have to — potentially. Instagram has started rolling out the ability to hide likes on the images in your feed as part of a test.

Instagram’s head Adam Mosseri announced the feature in an April 14 Tweet. “We’re testing a new option that lets you decide the experience that’s best for you — whether that’s choosing not to see like counts on anyone else’s posts, turning them off for your own posts, or keeping the original experience,” he Tweeted. Another threaded Tweet noted that the test may roll out to Facebook posts as well.

If you’re like “Where do I sign up?,” there’s no way to opt-in to the test at present — you’re either in or out. You’ll know if you’ve been selected for the test if you can see the option to remove likes in your Settings. You can toggle there by clicking the three bars in the upper right hand corner on your Profile page.

If you have a creator account, you can hide individual Instagram posts regardless if you’re part of the test. Tap the three dots in the upper right hand corner, then click “Hide Like Count.” Where you used to see a number for the like count, you’ll now see “Liked by [one account] and others.” You can tap that to see the full like count and which users liked it. Other people who see the photo will still see the total number of people who liked it.

Why Would I Want To Hide Likes On Instagram, Anyway?

Not everyone was jazzed when Instagram hid likes accidentally as part of a testing bug in March 2021, Input reported. Many influencers rely on easy access to like counts on Instagram — both for themselves and for others — in order to figure out what’s trending, TechCrunch reported. Plus, just as it sucks when a photo doesn’t instantly pop your notifications off, it’s nice to see when a pic you deemed feed-worthy gets the attention you were hoping for.

But lots of people feel that having the option to reduce compare-and-despair would be worth it. "Removing visible 'likes' from the platform may very well reduce the potential harm that comes from social comparison and online performance meant to impress one’s peers,” Dr. Jennifer Dragonette, PsyD, Northern California executive director at the Newport Academy, a teenage rehabilitation center, previously told Bustle after Instagram first teased the feature in 2019. "However, there are still issues around instant gratification and pressure to appear a certain way that could lead to social media addiction even in the absence of visible 'likes.'"

Depending on how this current test goes, you might have the option to hide your Instagram likes soon — and then you can decide how much FOMO you’re willing to take on for yourself.