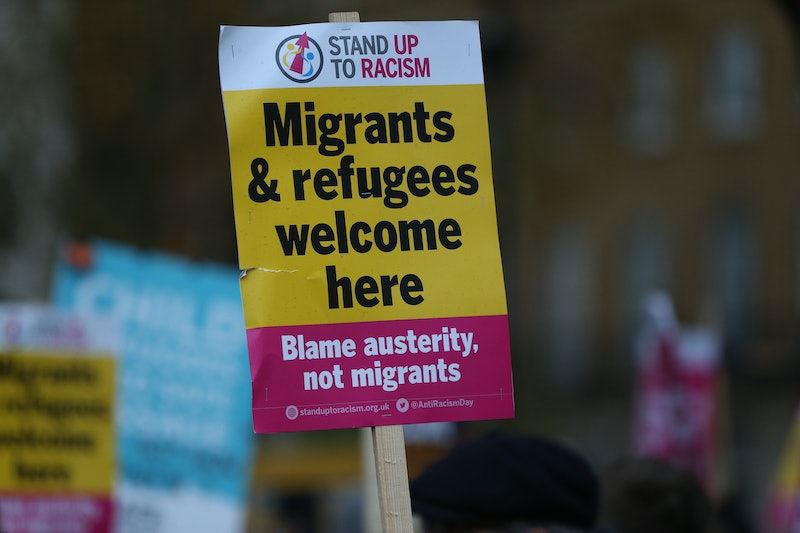 On November 24, at least 27 people drowned in the deadliest crossing of the English Channel since records began. Figures show this tragedy took the lives of 24 men and women and three children. This year alone, 25,000 people have made the dangerous journey across the Channel.

In an address to the Commons on November 25, UK Home Secretary Priti Patel said, “There is a global illegal migration crisis. These journeys across the channel are completely unnecessary and also lethally dangerous.” Patel had originally planned to meet with President Macron on Sunday to discuss the joint cooperation of the UK and France in tackling the migrant crisis. However, France cancelled the meeting, citing the UK Prime Minister’s five point plan which was circulated on Twitter.

“We don't communicate from one leader to another on these subjects like this via tweets or by making letters public,” Macron stated in a press conference.

The UK government has previously been criticised for its measures on migrants, refugees, and asylum seekers. The Nationality and Borders bill is currently two stages away from being passed through the UK Parliament. Concerning suggestions in this bill include giving the government power to strip somebody of citizenship without notice; a two-tier asylum system; and further limiting of support systems in the UK.

Labour MP Zarah Sultana tweeted that she was “​disgusted to hear Priti Patel say the government has a ‘generous approach to refugees’” and an emergency demonstration took place on November 25 outside the Home Office in solidarity with migrants. Hundreds attended to protest border laws put in place by the government.

While we wait to see what further action the government will take, here are ways you can support migrant, refugees, and asylum seekers making the journey to the UK.

There are a number of groups operating in the UK that need your help in protecting migrants’ rights and ensuring they reach this country safely. These include:

Elsewhere, there is Migrateful UK, an organisation running cookery classes led by migrant chefs who are struggling to integrate and access employment. You can sign up for one of their classes here or donate to their work here.

Refugee Community Kitchen, who work to serve “hot, nourishing meals to displaced people in the UK and France,” is always looking for volunteers. You can find information about how to help out here and a donation page here.

Plus there is is the Royal National Lifeboat Institution, an organisation that saves anyone in trouble at sea, including migrants and refugees crossing the English Channel. You can find ways to support them on this page.

Refugee Action is one organisation working toward stopping the Nationality and Borders Bill, which they have named the “Anti-Refugee Bill.” They explain that, under the bill, those not coming to the UK through “official routes” will be “deemed inadmissible to claim asylum.” You can support Refugee Action’s work to end the bill here.

Write To Your Local MP

There are a number of ways to make an impact on an individual level, including writing to your local MP. You can follow the instructions on the UK Parliament website here. A template letter has not yet been created but you can mention your concerns around the Nationality and Borders Bill and ask what the government is doing to ensure support for all migrants and asylum seekers. Find out more information about contacting your local MP here.

Use Social Media To Raise Awareness

New demonstrations, petitions, campaigns, and voices are constantly arising on social media. By sharing, platforming, and engaging in this content, you are raising awareness and getting involved in an important conversation.