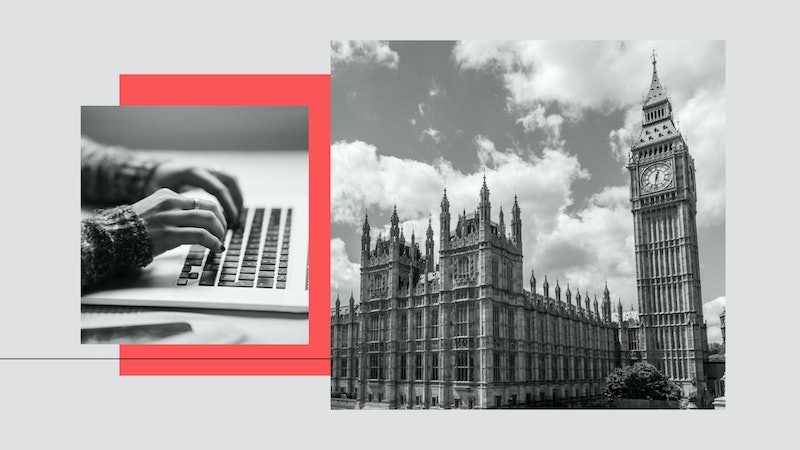 Over the past few days, millions of people have taken to social media to show their support for the #BlackLivesMatter movement and demand justice for George Floyd, the man who was murdered by a Minneapolis police officer on May 25. Posting online has its benefits, as we all need to add to the collective voice asking for change. But what other action can be taken? There's more to be done, including here in the UK, where racism still permeates every part of society.

Protests began in the U.S. last week as people took to the streets to stand against police brutality and systematic racism. In London, a demonstration was held in Trafalgar Square on May 31, with more planned for the coming week. If you have been unable to attend the protests, or are looking for more ways to help in the fight against racism both internationally and at home, there are a number of other options available, including donating to anti-racist causes and educating yourself about racism and police violence.

Signing or creating petitions and putting them forward to the government is another important way in which you can help effect change. You can also write to your local MP about a political or social injustice you believe deserves more attention. Governments hold the key to enacting change, so here is a guide on how to sign, create, and submit a petition or write directly to your MP.

Change.org is the world's largest petition platform, and the one used most often here in the UK. Signing change.org petitions is as easy as dropping your name and email address into the provided boxes and clicking "sign."

The likelihood is you will find change.org petitions through social media or word of mouth, but there is also a "discover" button where you can see what causes need your support.

If you are looking to create your own petition on change.org, the platform has provided a step-by-step guide. You can assign the petition "to" any institution or individual, be it a government body or a private company, and once you have gained the signatures you need, you will need to send it to them directly.

At the time of writing (June 2, 2020), a UK change.org petition that urgently requires signatures is Justice for Belly Mujinga. While working on a concourse at London Victoria Station, Belly and a colleague were spat at by a member of the public. Belly later died of COVID-19. Although Belly's family are not currently pursuing a prosecution against her assailant, they are campaigning to secure protection and support for those working for Govia Thameslink Railway (GTR). You can also support this cause by writing directly to the British Transport Police or the CEO of GTR, Patrick Verwer, to ask for more transparency on why and how the assault occurred and what they planning to do in response to it. These Twitter threads have more information on ways we can demand justice for Belly Mujinga.

Another UK petition that needs attention is this one, which calls for the suspension of exports of tear gas, rubber bullets, and riot shield exports from Britain to the U.S. There is "a very real risk of UK-manufactured tear gas or rubber bullets being used against George Floyd protesters in dangerous and highly inappropriate way" says Oliver Feeley-Sprague, Amnesty International UK’s military, security and police programme director.

There are a number of U.S. petitions in urgent need of signatures also. These include:

While these are some of the petitions most in need of immediate attention, there are others that have been collecting signatures in the days, months, and years preceding the spring of 2020. Blacklivesmattes.carrd.co have put together a list of petitions from the U.S. and other countries here.

Petitioning Parliament and the government directly

In a similar way to change.org, signing a petition on the government website requires you provide your name and email address, but it also asks for your postcode.

Petitions on the UK gov website currently looking for signatures include:

Those looking to start a petition via the gov.uk website will be asked the following:

Once that's completed, you'll need to provide the email addresses of five supporters to get your petition started.

You can contact your local MP to request their support for a particular cause or campaign that you feel should be discussed in the House of Commons or to ask them to present a petition on your behalf – or both.

Contacting an MP about an issue

You can contact an MP via mail (House of Commons, London SW1A 0AA) or email. This directory has the contact details of all UK MPs. You can also get in touch with an MP via social media or by attending one of their "surgeries" (where they meet constituents to talk about issues of concern). You made need to book an appointment for a constituency surgery session, so it's a good idea to contact your MP’s office first ahead of time.

There are no official guidelines on writing to an MP about an issue, but organisations such as RESULTS offer some tips on their website, including useful formats.

Before getting in touch, it is worth doing some research on your local MP as that may affect how you want to address the issue with them. Websites such as They Work For You will tell you their voting record and other useful details.

Asking your MP to put forward a petition

If you are asking your MP to put forward a petition in the House of Commons, here is what the petition should look like:

To the House of Commons,

The petition of [you or the group you are writing on behalf of] declares that [describe the problem or issue that your petition is about]. The petitioner(s) therefore request(s) / urge(s) the House of Commons to [state clearly what you would like to happen].

And the petitioner(s) remain(s), etc.

Gov. uk offers the following example for you to follow:

To the House of Commons,

And the petitioners remain, etc.

Once that is written, you can email or mail it to your MP and they then have the option to present the petition to the House of Commons and have it sent to the government body responsible for solving the issue you have raised.

While petitions are far from your only option when it comes to helping tackle racism in the UK and abroad, they are one concrete action you can take. Living in a democracy means we have the right to demand the government work for its people, so let's take advantage of that.

This article was originally published on June 2, 2020