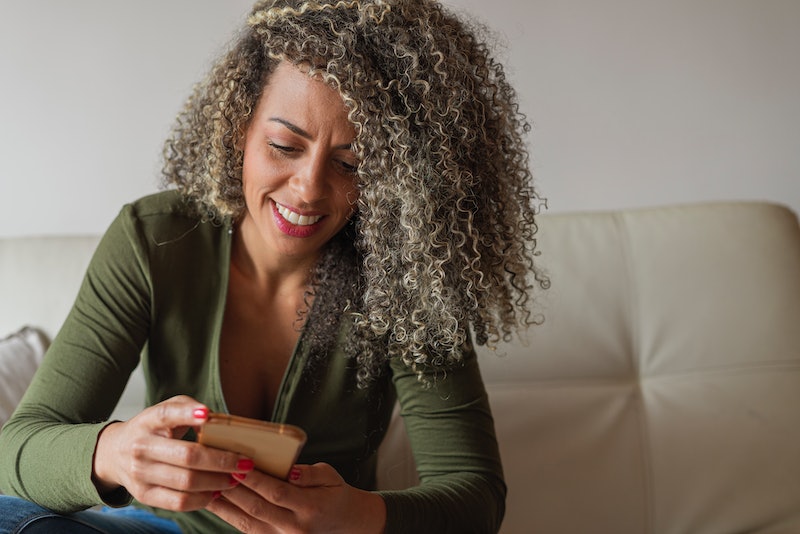 It’s been a long week for Instagram. First, a multi-hour outage across Facebook, Instagram, and WhatsApp due to a server configuration change error on Oct. 4 produced memes aplenty. On Oct. 5, Instagram announced the end of IGTV, its first foray into long-form video content. Or rather, the rebranding. Or the downsizing. Or — well, it’s complicated.

IGTV was never really the star it was meant to be. Per The Verge, it was designed as a mobile app to rival YouTube, to host videos up to 60 minutes long. But it had the misfortune to come out in 2018, two months before TikTok launched in the U.S. And while Instagram itself has flourished, with over 1 billion unique users in 2020, the separate IGTV app has, well, fallen flat. According to data published by TechCrunch, only 7 million Insta users had downloaded the standalone IGTV app as of 2020.

But rather than ditching IGTV entirely, Instagram is folding the long-form videos in with short-form ones from your Feed, under the joint title of Instagram Video. There will be a new Video tab on your profile where they’ll both live, though Reels will remain separate. The IGTV app will now be called Instagram TV.

Over the summer, Adam Mosseri, the head of Instagram, said the platform is “no longer just a square photo sharing app,” and teasing changes coming to video to make it a more core part of the IG experience. According to the platform’s own data, video will make up 78% of the world’s mobile data traffic in 2021. All those dancing dog TikToks — or Reels, I guess — add up.

The changes to IGTV and feed videos are designed to streamline making and viewing videos on Instagram. Rather than leaving Insta to go to a separate IGTV app, all the videos on Instagram TV will be kept on the main feed, where you can tap, watch in fullscreen, then return to scrolling. They can also all be up to 60 minutes long, which only IGTV videos used to be able to do. Instagram Video will also be the place for Instagram Lives.

The new Instagram Video is also meant to make uploading videos easier. You tap on the + sign on the app as usual to create or upload a new video, but there will be new features such as filters, tagging, and trimming to make your clip of your night out look a bit sleeker.

In a Facebook Newsroom blogpost, the company announced that users would see the Video tab on their profiles beginning on Oct. 5. If you don’t have that tab, or access to the new video editing features, make sure your app is updated to the latest version by going into the App Store or Google Play Store. In the App Store, you can tap your profile icon to see if there are any pending updates you haven’t downloaded yet; in the Google Play Store, click manage apps & device.

Once TikTok made it clear everybody was into 10-second OOTDs, Instagram shifted towards short-form videos, introducing Reels in 2020. TechCrunch reports that Reels aren’t going to be part of Instagram Video; those tiny slices of content will remain entirely separate.

Instagram has spent a lot of time building up Reels as a big-time TikTok competitor. In May 2021, it announced that Reels makers could see the stats on their videos for the first time, including likes, plays, saves, and accounts reached, and they’ve also heavily integrated Reels videos into Facebook feeds. As Instagram’s longer videos unite under one banner, Reels will remain independent.

More like this
Ashamed Of Your Screen Time Stats? Here's How To Change That
By Alexis Morillo
11 Super Bowl Instagram Captions To Use On Game Day — Even If You Don’t Like Sports
By Alexis Morillo
Everything You Need To Know About The Samsung Galaxy S23 Ultra’s New Camera
By Alexis Morillo
Samsung's New Phones Have Amazing Cameras & Come In 8 New Colors
By Alexis Morillo
Get Even More From Bustle — Sign Up For The Newsletter
From hair trends to relationship advice, our daily newsletter has everything you need to sound like a person who’s on TikTok, even if you aren’t.