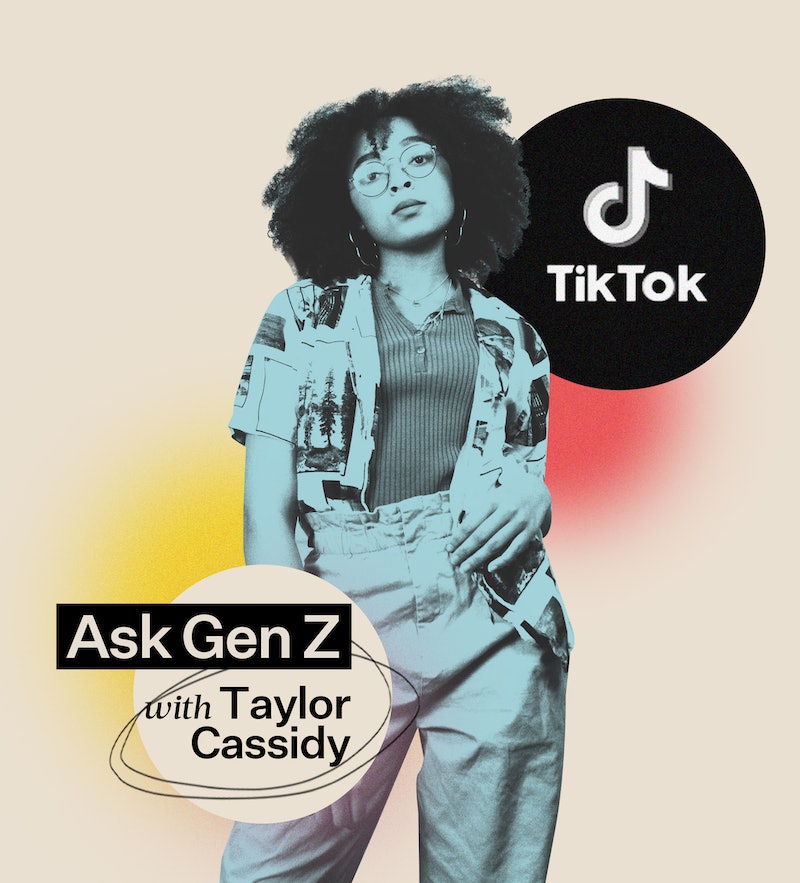 You don’t have to have the Hype House on your mood board to care about getting followers on TikTok. When you pour all of your cleverness into a perfectly executed video, you want people to see it. But if For You page aspirations feel like a reach, growing your own following might be the answer to ensuring an audience.

Taylor Cassidy, 18, who lives in St. Louis, Missouri, is a once-average TikTok user turned bona fide content creator with more than 2 million followers. She found her audience with ongoing series like “Culture Court,” “Fast Black History,” and “Black Girl Magic Minute” — everything you didn’t learn in school in 45 seconds or less. But when she originally joined the app, in 2019, she had a couple thousand followers, which is common for non-influencers on TikTok. It wasn’t until early 2020, when she posted a video for people to send to their crushes — where she tells the viewer that the person who sent it has a crush on them, which went viral with more than 12 million views — that her followers really started to add up.

“I think people started to follow me because they could see how much passion I have for what I’m doing; it makes them more invested in watching my videos,” Cassidy tells Bustle.

Here, she shares tips for finding the right video format, choosing the perfect hashtag for your caption, and, well, not being awkward while you’re trying to get more followers on TikTok.

You went viral for making a video that empowered people to share their feelings. Did you feel like you had to recreate the tone of that video to continue to build a following?

At first, TikTok was just for fun, but after that viral [crush] video, I continued creating content that made me happy and inspire other people to feel joy, and didn’t put too much focus on what could go viral.

What’s a good example of a TikTok you made without caring if it went viral?

One of my most viral videos is one where I walk into frame, pick up a crown, and say, “Sis! You dropped this!” I had the idea for this video after the emoji pinning feature came out. I didn’t worry too much about my outfit or lighting, I just wanted to get the idea out of my head and onto the screen. I filmed it in one take and spent about 10 minutes uploading it with hashtags I thought related well to the video — like #selflove or #loveyourself. Overnight it hit 3 million views.

You’re a natural at talking to the camera. Any tips for doing it without being cringey?

Practice and consistency made me more comfortable. I would decide whether I want to treat the video like a presentation or like a FaceTime call. Sometimes I’d write a script. Even though I've been on TikTok for a while, I still re-record and mess up almost every video I shoot — I am human!

How do you use hashtags or captions? Do you ever use random trending ones?

Using hashtags makes your post searchable. Your caption is what really sets the tone for your post, but relevant hashtags help people find it. Since I post many Black culture TikToks, you'll find #blacktiktok and #blackculture on my posts. Sometimes I include ironic hashtags — like #igmodel or #vibin — to make the video more interesting. But popular tags that don’t make sense with your post could confuse the algorithm.

How do you write a caption that sets the tone?

I make sure to be straight to the point, clear, and attention-grabbing. Most of the time I’ll do this by asking questions (e.g., “what are you thankful for today?”) or simply giving an interesting title for the video that piques interest but doesn’t give the TikTok away (e.g., “The Black artist who planned a revolution”).

How much time do you spend talking to your audience per day?

I will go days without replying to comments and looking at DMs for my own mental health, but check in once a week to see what my community is asking for and talking about. I’ll post fun polls and “would you rather” questions on my Instagram story and film ideas that a user suggested for my next video. Seeking your audience’s opinion and input not only lets them have a voice in the community, but helps the creator know who they are posting for.

Do you think you need to have a theme to your account to get people to follow you?

Themes always help on a growing account. They provide familiarity for your followers so that they get what they keep coming back for. That said, if a page starts creating the same type of video over and over with no variety, the audience will start to get bored. So leave room for experimentation and growth in your content.

Any last tips or tricks for going viral?

Be yourself. The videos that really go viral are ones where people are having fun and saying yes to creative ideas. If you have a joke, prank, or concept that you believe people will enjoy, create it. People are attracted to stories and real-life moments they can relate to themselves, and you can only relate to them if you stay rooted in who you are as a creator.