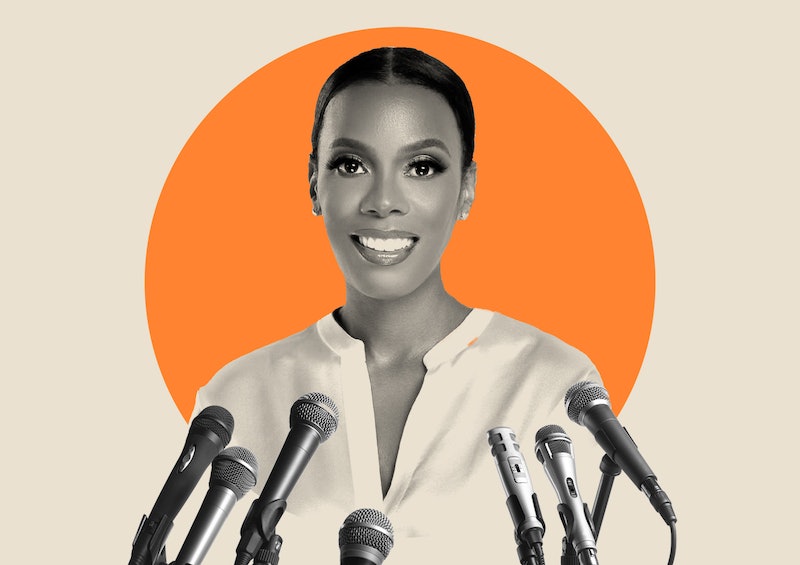 In Bustle’s Quick Question, we ask women leaders all about advice — from the best guidance they’ve ever gotten to what they’re still figuring out. Here, Ingrid Best, executive vice president of global marketing for Comb Enterprises’ spirits, tells Bustle about leading a team of all Black women marketers, the honest feedback she swears by, and disrupting the liquor industry.

The first thing Ingrid Best does when she wakes up is smile. “It triggers positive energy and a positive approach to everything, because I talk to people all day long,” she tells Bustle. “Smiling is a big part of my preparation.”

As the marketing lead behind Combs Enterprises’ spirits division, Best was tapped by hip-hop and business mogul Sean “Diddy” Combs to oversee CÎROC Vodka and DeLeón Tequila in 2020. Under Best’s leadership, CÎROC launched #CÎROCStands, a campaign featuring prominent voices in the Black community, including Rosario Dawson, urging voters to head to the polls in the 2020 election. The campaign recently expanded to highlight and support Black-owned businesses.

Behind the scenes, Best is tackling the lack of diversity and inclusion within the spirits industry. Within her first few months, Best successfully curated a marketing team that consists entirely of Black women.

“I’ve witnessed firsthand the inequities in the spirits industry when it comes to hiring, promoting, and retaining Black and brown people,” she says. “A lot of these brands live in Black communities ... when you put people who look like the consumer that you’re going after in the right roles, you tend to have better results.”

Before landing at Combs Enterprises, Best’s career included time at Diageo, where she launched a rum brand; and Bacardi, where she worked with Jay-Z’s team to launch Dusse in a global market (e.g., South Africa) for the first time.

Here, Best shares what keeps her up at night, her favorite way to decompress, and how an unexpected career pivot led to working with Diddy and Jay-Z.

The spirits industry is mostly dominated by white men, but your marketing team is made up of all Black women. What challenges did you run into as you were building that team?

Honestly, I wanted to give everybody a job. I cannot tell you the number of people who reach out to me saying, “I want to work for you.” Black women have been through some egregious things in corporate America, so the inability to take the whole village and give them an opportunity is hard. If I could help everyone, I would.

Does the pressure of your role ever keep you up at night?

On the flip side, how do you unwind and turn your brain off?

I’m intentional about taking walks throughout the day, even if it’s only for 10 minutes. It helps so much to start and release the day. Another way that I unwind is sometimes I’ll just roll out a yoga mat and lie there. My hands are open, my feet are relaxed.

What seems to be the biggest misconception about your role?

The most common misconception in the spirits industry is that we’re here to party and be cool. If you’re on my team, it’s a mandate that you know the business and understand the numbers. We make our marketing decisions, even the fun ones, with the bottom line in mind.

A couple years back, I was having dinner with friends, and one of them worked at an incredible organization but hated it. She had a job offer and considered leaving her then-current role, but everybody at the table was like, “Oh, but you’re making such great money.”

I remember thinking, “The best advice anybody ever gave me was, ‘If you’re not passionate about it, don’t do it.’” I literally blurted it out. Everybody looked at me like I said the most provocative thing in the world. She’s since left that job she hated, but she said to me, “You were the only one who told me the truth, and it ended up being the right decision for me.”

You worked as a street promoter for major music labels before making the transition into the spirits industry. What surprises you the most about your professional journey so far?

At 20 years old, I started a promotions company with my best friend. We created store displays, or if artists had promo runs, we would manage those promo runs at the radio stations and with the retailers. But when music started going digital, a friend of mine who worked for Anheuser-Busch said, “You should consider the spirits business.”

What surprises me the most is that I’m not tired and that I feel like I’m just getting started. During the day, you’re handling lots of business calls and meetings. Then, at night before the lockdown, you could potentially be at several back-to-back events. The energy that I wake up with every morning is like, “You’re just getting started, girl.”