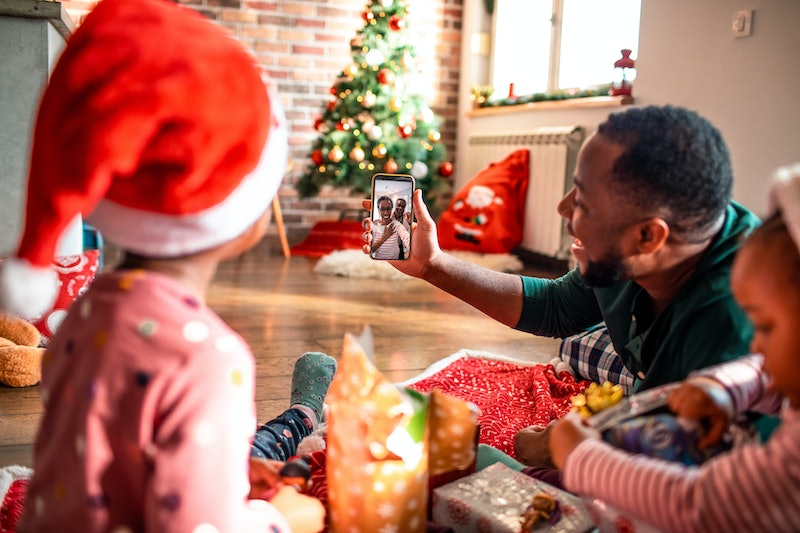 As the UK's second national lockdown comes to an end, Christmas is inevitably on many people's minds. Though most have accepted a "normal" Christmas isn't on the cards, there's hope that family and friends will be allowed to visit over this period. While the UK government is set to introduce a "tougher" tier system on December 2, they've promised more relaxed measures between 23 and 27 December but what does mean for the elderly, and is it safe to visit your grandparents this Christmas?

What Are The Rules Around Meeting Relatives At Christmas?

Families across the UK will be able to reunite over five days this Christmas however, the government has asked the public to use their "personal judgement" and "think carefully" when it comes to visiting family and friends, especially the most vulnerable.

As restrictions are loosened, from December 23 to 27, three households are permitted to form an exclusive ‘bubble’ to meet at home during this period, and families can also travel between local tiers during these days.

In a statement released on Nov. 24, the UK government said: "We need everyone to think carefully about what they do during this period, balancing some increased social contact with the need to keep the risk of increased transmission of the virus as low as possible. This is particularly important when considering those who are vulnerable, and before deciding to come together over the festive period we urge the consideration of alternative approaches such as the use of technology or meeting outside."

So Is It Safe To Visit Your Grandparents At This Time?

During a Downing Street press conference earlier this week, Prime Minister Boris Johnson admitted that relaxing the restrictions was an "incredibly difficult decision" as the country risks "losing control of this virus." In the same press conference, chief medical officer, Professor Chris Whitty, urged people to avoid physical contact with grandparents or other elderly relatives.

Per Sky News, he said "Would I encourage someone to hug and kiss their elderly relatives? No I would not," He added: "It's not against the law – and that's the whole point – you can do it within the rules that are there, but it does not make sense because you could be carrying the virus.

"And, if you've got an elderly relative, that would not be the thing you would want to do in a period where we're running up to a point where, actually, we might be able to protect older people."

What If My Grandparents Lives In A Care Home?