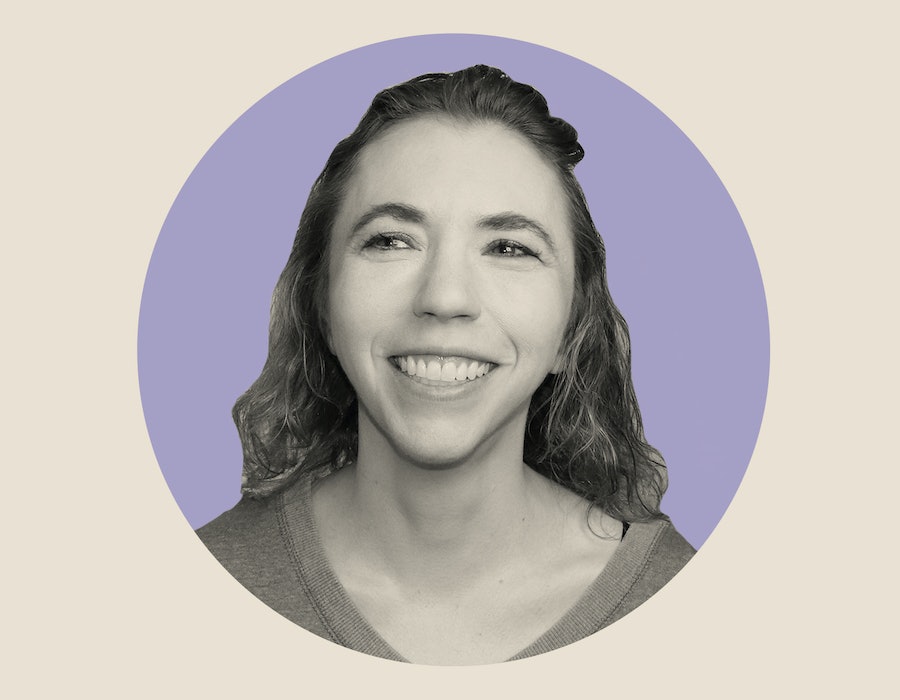 In Bustle’s Quick Question, we ask women leaders all about advice. In this interview, which was conducted via email, Jennica Pounds, director of software engineering at Snap, shares how augmented reality can create “linguistic equity” for deaf users.

In CODA, this year’s Best Picture Oscar winner, there’s a scene where Jackie Rossi (Marlee Matlin), who is Deaf, tells her hearing daughter, Ruby (Emilia Jones), that she prayed she would be deaf when she was born. “I was worried we wouldn’t connect,” she signs. That was Jennica Pounds’ reality when her son was a toddler and his fine motor skills kept him from signing. “He would cry and ask his father for a new mommy who wasn’t deaf,” Pounds tells Bustle. The experience ignited her passion to help people communicate with each other whether they sign or speak — “on the same terms that they understand the world,” as she puts it.

At Snap, the 40-year-old, who’s based in Florida, has been able to achieve that by working with a group of Deaf employees at the social media platform — the Deafengers, as they call themselves — to “ensure relevant projects that go out to the public are Deaf-guided and ideally Deaf-created,” she says. On April 5, for example, Snap released an ASL Alphabet Lens, which uses augmented reality to help users learn to fingerspell in American Sign Language — a first-of-its-kind lens that’s also a learning course. Designed and developed over six months in partnership with SignAll, the lens measures your progress through hand-tracking and gesture recognition.

“There is so much potential for augmented reality [to] enhance the way humans connect,” Pounds says. “The ASL Alphabet Lens and Snap’s hand-tracking technology only scratch the surface of what the Deaf can bring to augmented reality. I truly believe we will soon see a Deaf-centric evolution in AR, and I’m excited to be part of that movement.”

Here, Pounds shares advice for getting into the industry and the importance of workplace empathy.

How did you start your career as a software engineer? Were there any twists on the path that led to your job at Snap?

Back in the late ’90s when I was a teenager, the lack of accessibility as a deaf and nonverbal teenager made me feel like all career paths were cut off to me. I embraced programming in high school and majored in computer science in college because it was something fun that didn’t require hearing or speaking. However, when I graduated, the dot-com bust was in full swing and morale among computer science graduates was low. I had resigned myself to a lifetime of working retail, but applied to Amazon after much encouragement. To my surprise, I passed the coding interview.

I worked with several companies over the next decade, specializing in Big Data — I designed and built the engines that housed the management of complicated data sets. When my company in 2018 started having layoffs, I decided to switch fields. My passion was so strongly in Big Data research, but I was unhappy about not being able to keep my own intellectual property. Snap was an opportunity to start fresh in a field that was new to me, augmented reality, and that excited me.

How do you pump yourself up for a big meeting or presentation?

I just prepare the materials and get busy with something else until it’s showtime. The strategy is [that] if one doesn’t think about something, then one can’t get anxious about it. Out of sight, out of mind.

How do you turn your brain off at the end of a busy day?

After work, I like doing puzzles with my 3- and 8-year-old sons, cooking, and swimming. When Google open-sourced their speech-to-text engine, I compiled it as an Android application and ran it on my phone. It was the first time my oldest son was able to speak directly to me. His first request was for me to make his favorite white chocolate chip cookies. Of course, we made them on the spot together.

Who do you go to for career advice?

I met a computer scientist, Andrew Rogers, by coincidence on a message board while in college, and he was the one who encouraged me to interview at Amazon. He’s taught me everything I know about database kernels and distributed systems, and still gives the best advice when I’m feeling stuck, or even when I’m not.

My other major role model has been my manager, Brent Mills. He’s been my manager through three different companies, and throughout those experiences has always been a true champion of my work. He has an understated style of management that is data-driven and highly effective, which works well for me.

What’s something they’ve helped you with recently?

For a recent hiring situation, Brent gave me this advice: Never hire someone with more ego than intelligence. Meaning, the smartest people don’t always make the smartest teammates if they don’t treat others with empathy.

If you’re looking for solid career advice, pick up the book How to Win Friends and Influence People. It got me to understand that the most important factor in influencing others is empathy. Often when I stumble, I find that the root cause is my own lack of empathy — it’s something I work on every day. For example, it’s important to give people grace. Everyone has bad days, and approaching those situations with empathy will lead to a healthier work environment in the long run.

What about the worst?

When starting out in my career, I was encouraged to lean into what little hearing ability my cochlear implant provided me and try to “overcome” my own handicap by investing my best effort into listening and speaking in meetings. This caused a great deal of confusion and stress, because co-workers didn’t know what situations required assistance and what didn’t, and defaulted to assuming I didn’t need help. Also, people would often be too polite to tell me that they didn’t understand what I said with my “deaf voice.” I found that going fully non-verbal and non-hearing quickly removed all confusion as to how to best communicate with me.

What would you tell someone just starting off in your industry?

In my industry, high technical ability is important and should not be neglected. However, technical skills matter little without the ability to empathize, understand, and love others. I’m a blunt and assertive person, so kindness doesn’t always come naturally to me, but every day is a growth opportunity to get a little better.