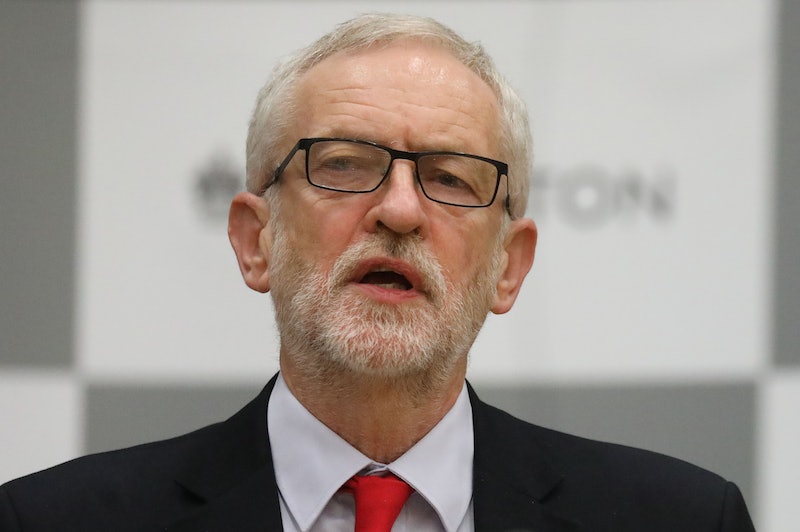 Following his response to a report on anti-Semitism under his leadership, Jeremy Corbyn has been suspended from the Labour party and stripped of the party whip.

As the BBC reports, the decision was made in response to Corbyn's statement regarding the publication of the Equality and Human Rights Commission's (EHRC) report, which found the party responsible for unlawful harassment, discrimination, and politically interfering in the complaints process. In the statement, Corbyn described the scale of anti-Semitism within the party as "dramatically overstated."

"One anti-Semite is one too many, but the scale of the problem was also dramatically overstated for political reasons by our opponents inside and outside the party, as well as by much of the media," the former-Labour leader claimed.

As per the Independent, Corbyn's successor Sir Keir Starmer described the report's publication as "a day of shame” for the party, adding that anyone dismissing allegations of anti-Semitism are "part of the problem and should be nowhere near the Labour party." Starmer initially avoided disciplinary action against the former-leader, noting that the report showed no findings of wrongdoing by individuals.

However, shortly after the release of Corbyn's statement, a Labour party spokesman announced: “In light of his comments made today and his failure to retract them subsequently, the Labour Party has suspended Jeremy Corbyn pending investigation. He has also had the whip removed from the Parliamentary Labour Party.”

In response to his suspension, Corbyn said he will “strongly contest the political intervention to suspend me." In the statement, he added: “I’ve made absolutely clear those who deny there has been an anti-Semitism problem in the Labour Party are wrong. I will continue to support a zero tolerance policy towards all forms of racism."