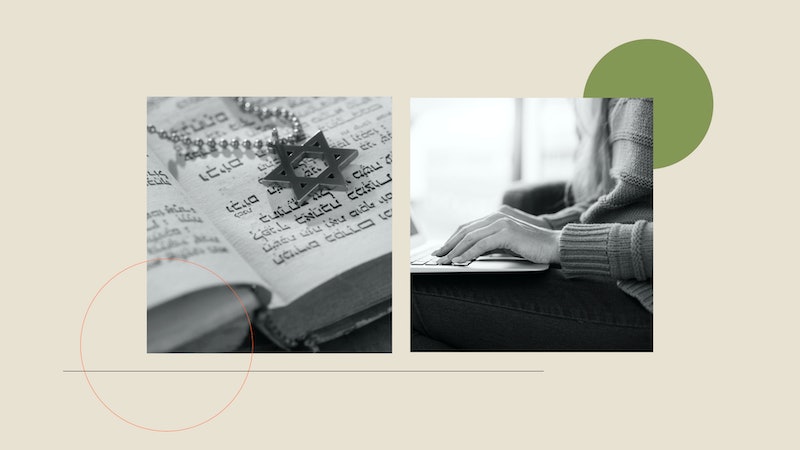 On July 24, British grime artist Wiley posted a series of offensive, anti-Semitic tweets, leading to a suspension of his account. However, when his account was reactivated a day later, he continued his to post tweets that compared Jewish communities to the Ku Klux Klan and described Jewish people as “cowards” and “snakes," perpetuating anti-Semitic tropes that have been used for centuries.

Various MPs, musicians, and journalists, among others, have since spoken out to address the impact of Wiley’s posts and he has reportedly been dropped by his management team and is under police investigation for his comments. However, this incident isn't the only time that anti-Semitism in Britain has hit the headlines in recent years.

In 2016, Jeremy Corbyn launched an independent inquiry into anti-Semitism and other forms of racism in the Labour Party, and findings reported an "occasionally toxic atmosphere." However, in 2018, the BBC reported that MP Luciana Berger said anti-Semitism had become "more commonplace, conspicuous, and corrosive." As recently as June this year, Labour leader Keir Starmer dismissed Shadow Secretary for Education Rebecca Long-Bailey after she shared a story that was said to contain an anti-Semitic conspiracy theory.

Anti-semitism is one of the oldest and most complex forms of discrimination in existence. Despite many people believing it is a thing of the past, statistics show that there were 122 violent anti-Semitic attacks reported in the United Kingdom last year. Only a few days ago, Hilary Freeman, a 49-year-old journalist living in London, shared in Glamour the abuse she has faced as a Jewish woman, including being chased down the street. Aalongside these overt attacks, Freeman has also experience more subtle but no less insidious forms abuse. "Antisemitism is so ingrained in society that I have even experienced it from friends and lovers, who are unaware that their preconceptions about Jews are prejudice, not fact," she wrote.

Speaking about her hopes for the future, she concluded the piece by saying:

"Like every other Jewish parent before me, I wish that my daughter could grow up in a world where there is no more antisemitism. It’s a naive hope. In the meantime, all I can do is talk about the problem and try to educate people."

As Freeman points out, education is key, but it is up to non-Jewish people to educate themselves about their own prejudices, about the Jewish experience, and about ways in which they can become a better, more active ally. For those looking to do this, below is a list of resources that may prove helpful.

Considering many of us get a great deal of information from social media, one place to start in the education process is familiarising yourself with accounts that share resources detailing what anti-Semitism is, how it manifests, and how it can be tackled.

Instagram resources for learning to be a better ally

Reading is one of the most effective ways to get to grips with the complexities surrounding topics such as anti-Semitism. It is important to read up on the history of this issue and also read about people's experiences of anti-Semitism in order to fully understand it. See here for a list of articles and books to help you do that.

For some, seeing something on screen or listening to it first hand is the most useful way to learn about a topic that may at first feel incredibly complex. If you are looking to learn about anti-Semitism and allyship, there are plenty of choices when it comes to TV shows, movies, and podcasts – see here for our list.

Educating yourself is crucial, but actually putting your time, energy, and money behind a cause is the next step in seeing social injustices eradicated in this country and around the world. See here for a list of organisations tackling anti-Semitism that you can donate or offer support to.

More like this
It’s About Time Black Girls’s Voices Were Heard – & 'Girlhood Unfiltered' Is The Start
By Paula Akpan
Footballer Jake Daniels Shared His Thoughts On A World Cup Boycott
By Sam Ramsden
Iran Has Issued A Death Sentence Over Mahsa Amini Protests
By Catharina Cheung, Darshita Goyal and Maxine Harrison
Twitter Is In Awe Of Alex Scott & Her Show Of Solidarity At The 2022 World Cup
By Sophie McEvoy
Get The Very Best Of Bustle/UK