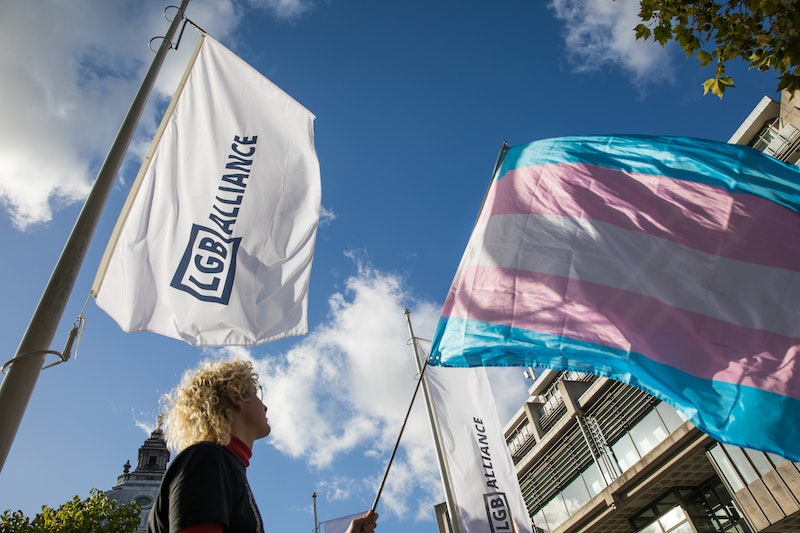 The LGB Alliance has had its Queen’s Jubilee funding withdrawn. As per PinkNews, the group, which has been accused of perpetuating anti-trans views, announced that it had been awarded a sum of money from the Arts Council England’s Let’s Create Jubilee Fund, which aims to “deliver creative activity as part of Her Majesty the Queen’s Platinum Jubilee celebrations.”

However, on Wednesday, April 20, the London Community Foundation (LFC) — a charity that organisations can apply for the Arts Council England grant through — announced that the LGB Alliance’s grant has been withdrawn.

The LFC previously announced on April 11 that the group’s funding had been suspended amid growing backlash.

“Following our statement on Monday (11 April) regarding the suspension of the Arts Council England Let’s Create Jubilee Fund grant to LGB Alliance, the London Community Foundation has this week informed LGB Alliance (the applicant) that it is formally withdrawing the grant in question,” the charity explained in a Twitter statement.

The LFC also clarified that the decision to withdraw the funding has been taken “because LCF was not informed of current proceedings in relation to LGB Alliance’s charitable status.”

As PinkNews reports, the LGB Alliance was set to receive £9,400 from Arts Council England to create a film titled Queens – 70 Years of Queer History.

In response to news of the funding withdrawal, the LGB Alliance’s Managing Director, Kate Barker, said she was “shocked and disappointed” and demanded the money “must be sent back.”

“We wanted to make a film, ‘Queens’, to celebrate the Jubilee, which would record the experiences of older gay men,” Barker said in a statement, adding that the LFC’s claim that their charitable status was “being questioned” was “untrue.”

“The London Community Foundation has asked that we return the money and, of course, we have done so. But we will be seeking to reverse their decision,” Barker added.

The LGB Alliance claims to “advance the interests of lesbians, gay men and bisexuals, and stand up for our right to live as same-sex attracted people without discrimination or disadvantage.” However, the group, which previously described gender identity as a “damaging theory,” has been accused of holding anti-trans views.

Furthermore, the LGB Alliance has also received a great deal of backlash for working alongside anti-LGBT+ and anti-abortion organisations, and for coming out against LGBT+ school clubs, among other controversial stances.