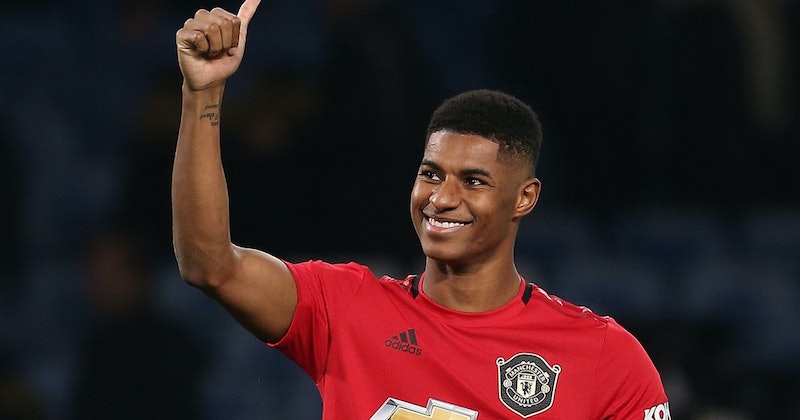 After his hugely successful free school meals campaign, Marcus Rashford and his mother opened up about the family struggles which inspired his fight against child food poverty in the UK.

During an interview with BBC Breakfast, Melanie Maynard touched upon some of the sacrifices she made as a mother throughout Rashford's childhood, revealing she was sometimes forced to go without food. "I had three jobs and if I didn't do that we wouldn't have been able to cook a pot of food, it's just a bit difficult."

"So Marcus is only telling the story from how he sees it and the words he has been saying come from the bottom of his heart. Sometimes it was really bad, I'd rather give the food to the kids than give it to myself, sometimes I didn't get anything to eat," Maynard recalled. "Sometimes we didn't even have a loaf of bread in the house, it's embarrassing to say, but we didn't."

Speaking alongside his mother, Rashford added: "All the little struggles and the sacrifices that you made, it helps you appreciate everything like 10 times more, so I don't see it as a weakness.

"I think in sport you have to have something behind you that is pushing you. When you come from a place of struggle and pain, a lot of the time it switches and it becomes your drive and motivation."

The mother and son duo appeared on BBC Breakfast as they travelled to visit food charity FareShare, who announced one of their brand new units would be named Melanie Maynard House.

The Manchester United and England player kicked off his campaign against child food poverty in June this year after calling on the government to rethink its decision to not provide free school meals over the summer. Soon after, Prime Minister Boris Johnson announced a U-turn that allowed free school meals to continue throughout the school holidays.

In October, Rashofrd then launched an online petition that called for the government to provide more children with free school meals, and extend the vouchers scheme to cover all the 2021 school holidays. After initial reluctance, another major U-turn inspired by Rashford's campaign occurred in November when the government pledged more than £400 million to support poor children and their families in England, the BBC reports.