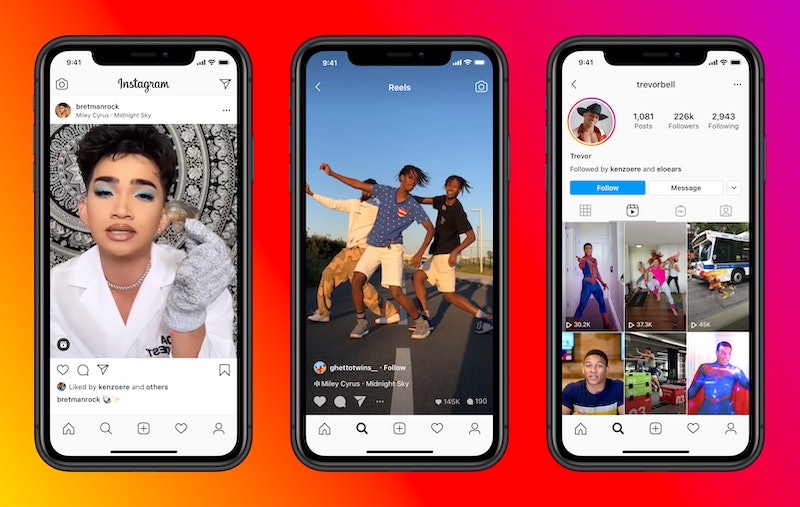 Prepare thine screen time: Instagram has officially launched Instagram Reels, the platform’s much-anticipated short-form video sharing and editing feature, to U.S. users. It lets you create 15-second videos that can be crafted with editing tools and features like AR effects, the option to add music, a recording countdown, and an align tool, which makes it easy to line up your video from a previous take for seamless transitions. I’m sure you have questions, the most pressing of those being whether you can see can see who’s viewed your Instagram Reels.

Similar to IGTV, you’ll be able to see who has liked and commented on your video as well as how many times your video has been viewed, but you cannot see who has viewed your Instagram Reel. Unlike Instagram Stories, the feature doesn’t track who watches your video. Feel free to lurk thusly.

As of launch, the video play count measures the number of times your Reel starts to play. This doesn’t include replays and, as Instagram has noted on its blog, this metric is in development. You’ll be able to discover Reels by browsing through songs, effects, or hashtags for specific content. Reels will also show up through searches and, again, users aren’t able to see who has viewed their Reels.

Also unlike Stories (but similar to IGTV) Reels will have a permanent place on your feed in a separate tab on your profile. If your account is private, your Reels will be too, only viewable by your followers. Reels shared on public accounts can show up in searches, viewable by the wider Instagram community.

Reels can also be shared to your Story, close friends, or in a direct message. When you share a Reel this way, it will behave like a regular Story. Meaning, it won’t be shared via Explore, it won’t appear on your profile, and it will disappear after 24 hours.

Many have noted the similarities between Instagram Reels and TikTok, with similar purposes of creating and sharing short videos with added effects and music.

Just one year after its 2016 launch, Instagram Stories surpassed Snapchat in daily usage. As Instagram Reels launched in over 50 countries on Wednesday, time will tell whether as the feature will follow a path similar to TikTok's.