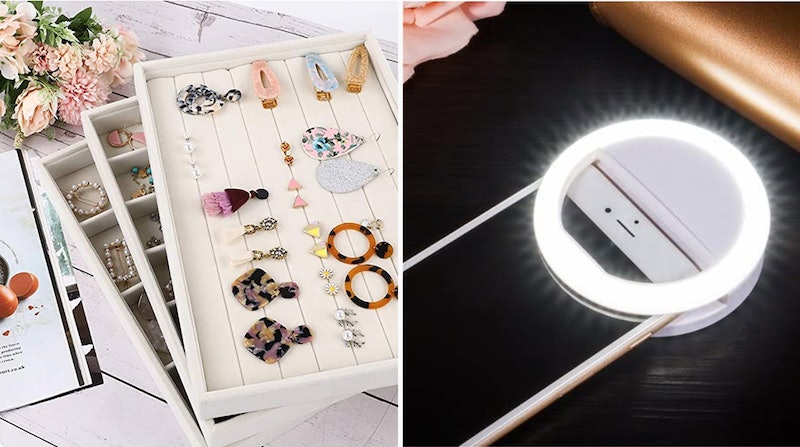 There's a certain art to being bougie. The number one rule is to spend the least amount of money possible — but only on stuff that looks like it cost at least three times the price. You have to know exactly what stores to shop at, and you have to know exactly what you're looking for (trust me, it's harder than it sounds). But if you lean in close, I'll let you in on a little secret: There are tons of surprisingly cheap products available on Amazon that bougie people love.

Now, when I say "cheap," I don't mean flimsy or worthless — I'm talking about those bargain finds that make your friends say "Hey, where'd you get that?" For example, I've included a Himalayan salt block in here you can use while cooking. Just get it hot on the stove or grill, then cook your favorite meat on top to give it a salty infusion. Or, if your cat is as bougie as you are, there's even a water fountain here for pets — yes, dogs included.

No matter whether you're shopping for yourself or a four-legged pal, there are tons of brilliant products on Amazon that are practically made for bougie people — and considering the low prices, what's not to love?