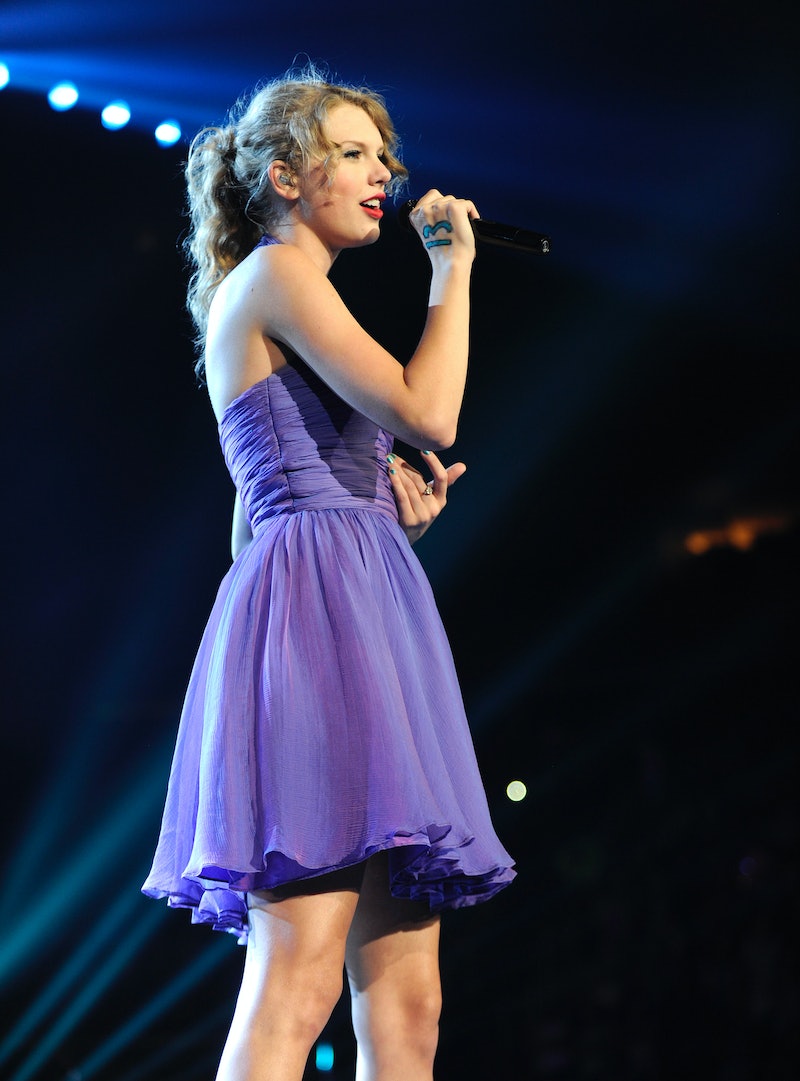 In 2009, Taylor Swift drew the number 13 on her hand in eyeliner before concerts so she could take the stage fearlessly. Thirteen years later (of course), numbers are still integral to her work. “I love numbers. Numbers kind of rule my world,” she told fellow singer-songwriter Paul McCartney during a Nov. 13, 2020 Rolling Stone “Musicians on Musicians” conversation. Did Swift influence that precise podcast date? Almost certainly.

The Grammy winner is famous for using numbers in cryptic ways. Her “Bejeweled” music video, for example, is packed with clues that seem to hint at the upcoming release of Speak Now (Taylor’s Version). She dropped it on Oct. 25, 2022, exactly 12 years after the original Speak Now’s release. Swift also released Reputation on Nov. 10, 2017 — which is 11/10, exactly 1,100 days after her previous album, 1989. And unsurprisingly, the digits of Swift’s Lover, Folklore, and Midnights album release dates each add up to 13.

So, why do specific numbers and patterns hold a special place in Swift’s heart and play a defining role in her career? Kaitlyn Kaerhart, numerologist and author of You Are Cosmic Code: Essential Numerology, broke down Swift’s love of numerology — and, needless to say, the record-breaking musician really is a mastermind.

When her 31st birthday came around in 2020, Swift was predictably elated. “In my mind, it’s just the opposite. It’s just 13 backwards,” she told Jimmy Kimmel. The artist dropped two albums that year: Folklore has 16 tracks and Evermore has 15 tracks, totaling 31... or 13 (Taylor’s Version).

Swift’s beloved 13 gets a bad reputation these days (no pun intended) that’s at odds with the number’s original meaning, Kaerheart says. According to the numerologist, although many people view 13 as “negative” or “unlucky” now, 13 was actually known as the number of the goddess back in ancient times. “A lot of people believe that the suppression of 13 is actually the suppression of the divine feminine,” Kaerhart tells Bustle. In other words, the bad vibes surrounding this number mirrors how women throughout history have often been held back from achieving their full, beautiful potential.

If there’s anyone who embraces goddess energy, it’s Swift; it seems plausible that she would channel divine femininity by centering 13 in her life and career. She often writes about femininity in her music: see “Mad Woman,” “Blank Space,” and “The Man,” among others.

5 Is About Change And Rebirth

It’s no accident that Swift’s fifth tracks tend to leave listeners feeling like crumpled-up pieces of paper lying here all too unwell. As the singer told fans during a 2019 Instagram Live, “I didn’t realize I was doing this, but as I was making albums, I guess I was putting a vulnerable, personal, honest, emotional song as track five,” she reflected. “Because you noticed this, I started to put the songs that were really honest, emotional, vulnerable, and personal as track five.”

Kaerhart points out that masterful tearjerkers like “All Too Well,” “The Archer,” and “White Horse” could be placed in that fifth slot to represent a turning point. “Five is the number that represents change, free spirit, and adaptability,” she tells Bustle. “It’s all about new experiences… If you see five-five-five, that means a huge change is coming.”

These devastating songs can be interpreted as rock bottoms that often come just before a significant transformation. These heart-wrenching ballads are followed by lighter songs (“22,” “I Think He Knows,” and “You Belong With Me,” respectively), leading each album in a new direction. Each album holds a before and after version of Swift, and track five itself is the process of rebirth.

Swift has an affinity for the middle of the night — midnight, to be precise. Obviously, she name-drops the time in four songs on Midnights: “Lavender Haze,” “Anti-Hero,” “Midnight Rain,” and “Paris.” The word also appears in “22,” “Style,” “New Year’s Day,” and “The Last Great American Dynasty,” among others.

Why this specific time so many times? According to Kaerhart, there’s sound numerological reasoning. Apparently, midnight can be read by adding up the digits one and two. The expert notes, “Three is the number of self-expression, creativity, mysticism, and magic.” With each midnight reference, Swift sprinkles in some signature imagination and magic.

On Aug. 29, the singer invited Swifties to “meet [her] at midnight” in an Instagram post announcing her 2022 album. “This is a collection of music written in the middle of the night… For all of us who have tossed and turned and decided to keep the lanterns lit and go searching — hoping that just maybe, when the clock strikes twelve... we’ll meet ourselves,” she teased.

She makes enough references to 2 a.m. that Swifties on TikTok made videos in which they ranked their favorite lyrics. (A few popular picks: “The Way I Loved You,” “Breathe,” and “Mary’s Song (Oh, My, My, My).” Honorary mentions include “Mine,” which name-checks 2:30 a.m., and “Last Kiss,” where she sings about 1:58.)

The songstress acknowledged herself that she is “constantly writing about 2 a.m.” during an Oct. 21 Sirius XM interview. “It’s just such a vulnerable, isolated time,” she explained. “It’s a time when the catharsis of songwriting has helped me the most.”

Perhaps during that late night/early morning solitude, the singer can sit with her own thoughts and process romantic encounters. “Two, as in 2 a.m., represents partnership,” Kaerhart says. “[Those references] could be her way of manifesting love.”

Indeed, that timestamp often shows up in songs in which Swift longs for a past or potential lover. In “Enchanted,” she wishes for a romantic future with a dazzling new crush. “The lingering question kept me up / 2 a.m., who do you love?” she croons. Her song “I Wish You Would” chronicles an ex ending up at Swift’s house at night during a bout of nostalgia: “It’s 2 a.m. in your car, you pass my street, the memories start…”

Swift’s Numerology Is Part Of Her Power

Ultimately, Swift is a strategic thinker who delights in little details. Her love of numbers makes sense. “She’s aware of the power of numbers,” Kaerhart says. “The more you work with the numbers, the more you open yourself up to the codes, and the more you start to understand the system we live in and how to hack it.”

Swift seems to have figured it out. On Oct. 31 — yes, 31 — she became the first-ever artist to claim all top 10 tracks on the Billboard Hot 100. Whatever magic she’s tapping into, it’s working.