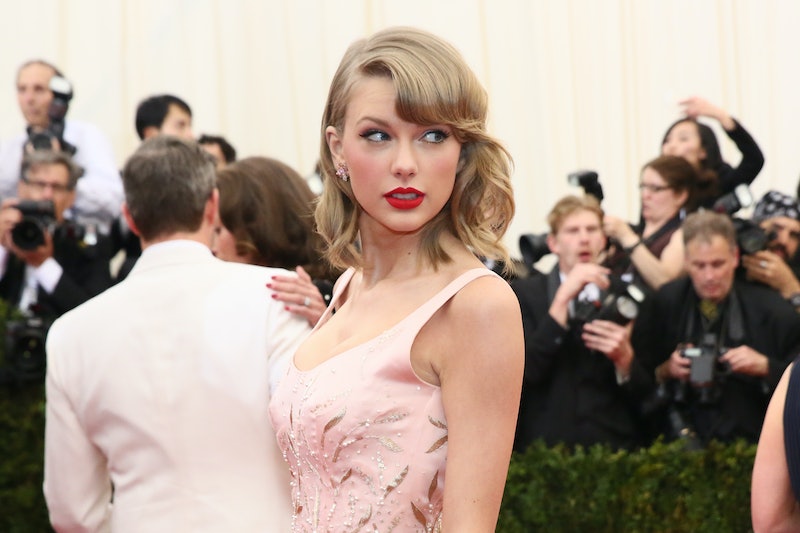 At midnight on Oct. 21, breakup ballad queen Taylor Swift blessed our ears with Midnights. The highly anticipated album went on to break the record for the most-streamed album of all time on Spotify, Apple Music, and Amazon Music. It’s safe to say that the Swifties are loving it — and that’s especially evident if you take a scroll through TikTok, where one track in particular has quickly sparked a full-on movement.

If you haven’t seen it on your FYP yet, the Taylor Swift “I’m the problem” TikTok trend involves someone sharing a guilty habit as a clip of the song “Anti-Hero” plays. The snippet is the part where Swift says, “It’s me/hi/I’m the problem, it’s me”. With over 120,000 videos and counting, the lyrics have sparked countless hilarious posts where people laugh about their flaws. Some videos chronicle the poster’s punctuality problems, for example, while others feature people exposing themselves for continuing to text their toxic exes. Relatable.

This T. Swift-inspired TikTok trend is, much like the new album, nearly breaking the Internet with its popularity. If you’re looking to enjoy a little schadenfreude from the hundreds of thousands of funny videos calling out people’s own toxic traits, or you want to hop on the trend yourself, here are all the details to know.

In the “I’m the problem” videos, most of the creators use a bit of self-deprecating humor by sharing their vices and flaws. For example, user @kelseysoles made this video about her and her partner breaking up so many times that she’s embarrassed to admit to her loved ones that they got back together. Others feature creators admit that they’re “the problem” because they complain to their partner that they’re hungry but can never pick a restaurant, or that they’re tired of being single but don’t want to date or meet new people.

TikToker @katehudson007’s “problem” is that she can’t stop texting her ex — a habit she knows very well isn’t the smartest move. But when you play Swift’s “Anti-Hero” song over this kind of confession, it becomes something everyone can LOL at (including the user themselves).

If you’re willing to expose your own toxic traits or embarrassing moments, you can join in on the trend by using this TikTok sound and typing out whatever it is you want to put on blast. No matter what it is, someone is sure to relate.

More like this
Learning To Love, Not Judge, The Lunchbox Wives Of TikTok
By Esther Zuckerman
Ashamed Of Your Screen Time Stats? Here's How To Change That
By Alexis Morillo
11 Super Bowl Instagram Captions To Use On Game Day — Even If You Don’t Like Sports
By Alexis Morillo
Annie Rauwerda Finds Treasure In The Depths Of Wikipedia
By Chloe Foussianes
Get Even More From Bustle — Sign Up For The Newsletter
From hair trends to relationship advice, our daily newsletter has everything you need to sound like a person who’s on TikTok, even if you aren’t.