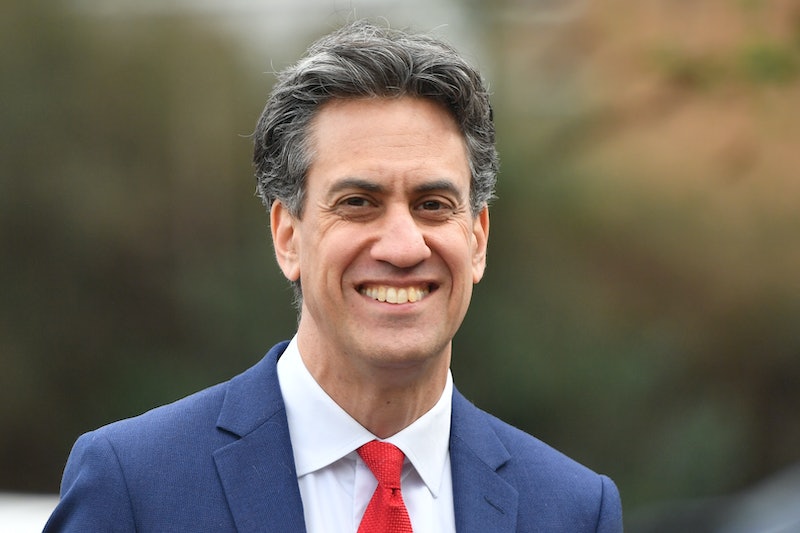 Former Leader of the Labour Party Ed Miliband has been praised on Twitter for his trans conversion therapy ban comments.

Appearing on Sky News on Thursday, April 7, the Shadow Secretary of State for Climate Change and Net Zero was asked by host Kay Burley about his stance on the Conservative Government’s recent announcement of a proposed ban on gay conversion therapy in England and Wales, that would not extend to transgender people.

Acknowledging that “trans people face incredible barriers and stigma in our society,” Miliband also shared his belief that conversion therapy for transgender people should be banned.

The Labour politician continued on to say that “anatomical debates” — including recent conversations surrounding the Government's trans-exclusionary conversion therapy ban — are “really awful” for transgender people.

“We have to treat them with the respect they deserve,” Miliband added. “I think the British people are respectful, and tolerant, and want equality ... we must be able to do that for trans people.”

The Labour MP for Doncaster North also drew comparisons between the so-called trans debate and negative attitudes towards gay people in the 1980s. “I think we’ve really got to stand up for the rights of trans people,” he added.

Following Miliband’s comments, many were quick to praise the politician’s stance on the Conservative’s trans-exclusionary conversion therapy ban – which led to the cancellation of the UK’s first LGBT conference.

Speaking on Twitter, Kelley continued, “he's clear that conversion practices that target trans people should be banned, and because its clear he is genuinely disturbed by the anti-trans moral panic we are in. As we all should be.”

In the wake of Miliband’s viral interview, the Editor of Trans Britain, Christine Burns MBE, recalled a 2017 episode of the Labour MP’s Reasons to be Cheerful podcast, during which he “fairly” covered trans rights with his guest, Paris Lee.