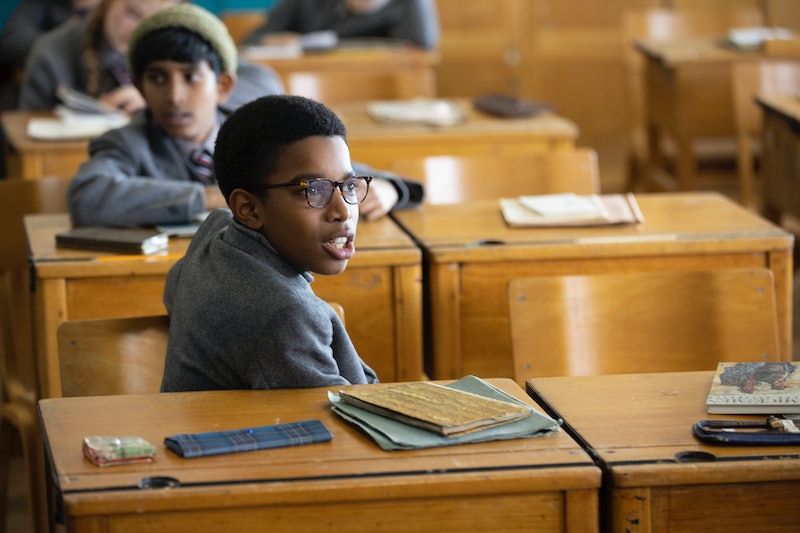 Last year, award-winning director Steve McQueen released a five-part anthology based on crucial moments in Black British history. From the Mangrove 9 to the Brixton riots, the films showed what the civil rights movement looked like here and what life was like for Caribbean Black people living in Britain in the latter half of the 20th Century. This year, two new documentaries linked to the series taker a deeper dive into the topics. The second, Subnormal: A British Scandal, being on educationally subnormal schools. But what exactly were they and what are pupil referral units?

Subnormal: A British Scandal looks into educationally subnormal (ESN) schools, where pupils deemed to be “less intelligent” were sent, based on biased IQ tests that didn’t take cultural differences into consideration. A large majority of Black Caribbean students were sent there during the ‘60s and ‘70s, as depicted in McQueen’s Education.

At the time, parents were told their children were being put in an environment which would help with their education, when in reality primary school-age students and secondary school-age children could be put in the same classes together and their learning severely compromised as a result.

Though ESN schools no longer exist, in part due to the work of Bernard Coard who wrote How the West Indian Child is Made Educationally Subnormal in the British School System in 1971, Black Caribbean students are still at a disadvantage within the UK education system.

Sadly, the institutionally racist systems at play during the ‘60s and ‘70s lay down the foundation for generations of Black children to come. One study reported in the Guardian showed that Black Caribbean pupils had “slipped a further 2.2 months behind their white peers since 2011”. After Roma gipsy and Traveller pupils, Black Caribbean and mixed-race Black Caribbean pupils were the most likely to be temporarily excluded from school.

ESN schools have ended now, but in their place are Pupil Referral Units (PRU). The School Run describes PRU’s as a “short-term measure and the aim is to reintegrate the child into mainstream education as soon as possible.” But while pupils may receive more attention from teachers, “the limited curriculum means that children can miss out on a broad education,” meaning that they are denied the same education as mainstream students.

A report by the Institute of Race Relations showed that the Black pupils are disproportionately being sent to pupil referral units (PRU). And research from the Centre for Education and Youth found that “Black Caribbean boys eligible for free school meals are over-represented in PRUs and Alternative Provisions(APs).” Per Tes, AP is “education outside school, arranged by local authorities or schools, for pupils who do not attend mainstream school for reasons such as school exclusion, behaviour issues, school refusal, or short- or long-term illness.”

There is a correlation showing pupils who are referred to PRUs going onto youth detention centres and prison as adults, what campaigners and abolitionists call the “PRU-to-prison pipeline.” As the Institute of Race Relations (IRR) report shows: “89% of children in detention in 2017-18 reported having been excluded from school.” And it’s Black working-class pupils who are still more likely to be unfairly excluded.

Author of the report and IRR researcher Jessica Perera says: “amidst the Black Lives Matter protests, we have seen increased demands to decolonise the curriculum. At the same time, the coronavirus pandemic has exposed a system which fails working-class students. This paper reminds us those who have been continually failed are found in PRUs and AP and that their segregation is a damning indictment of a planned education malaise, which has been designed and deployed on a specific section of society with a history of resistance and rebellion.”

Subnormal: A British Scandal is available to stream on BBC iPlayer now