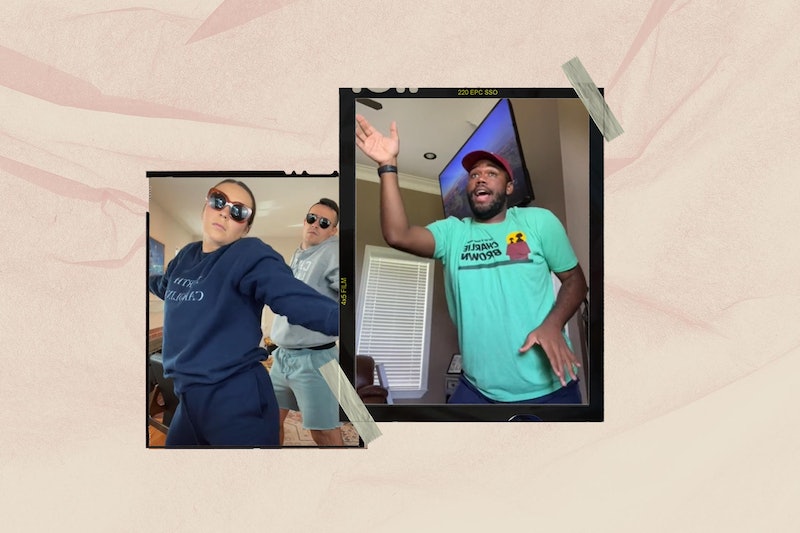 Since its launch in 2016, TikTok has evolved beyond being known as “that dancing app,” but still, viral dance trends remain a tentpole of the platform’s content. Often, the app’s trends are just reiterations of the same video, joke, or sound, but on DanceTok, the power is in the choreography. TikTok’s dance trends have launched the careers of top influencers, turning teens dancing in their bedrooms to multi-millionaires. On a platform with the power to elevate or even create careers for dancers and choreographers, crediting the originators hasn’t always been common practice.

In the early days of Charli D’Amelio’s fame (she now has 142 million followers), one viral dance trend on the app reigned supreme — the Renegade. D’Amelio popularized the dance, gaining millions of followers and views before being dubbed the “CEO of Renegade.” Meanwhile the creator of the dance, 14-year-old Atlanta native Jalaiah Harmon, didn’t see a fraction of the praise until Feb. 2020 when The New York Times profiled her crediting her with the creation of the internet’s most popular dance routine at the time.

In March 2021, Addison Rae (who has 88 million followers) found herself at the center of a similar controversy after an appearance on The Tonight Show with Jimmy Fallon. Rae participated in a segment where she performed eight viral TikTok dances, none of which she choreographed. The show did not credit the original creators of the dances, who were mainly BIPOC dancers and choreographers. Weeks later in response to the uproar of the internet, The Tonight Show welcomed the creators of five of those viral dances on the show, crediting them for their creations. Since then, “dance credit” has become praxis on the app, with many viral dances featuring captions that read “dc” and tagging the originator. If the person recreating a dance doesn’t include dance credit in their caption, the comments section is often flooded with users tagging the original creator or asking for dance credit.

In 2021, user @leilanigreen recreated a viral dance with the caption, “help me find the dance credits!” Not long after posting, the comments section had located the original choreographer, @dreyamac, and tagged her for credit. Without a bit of teamwork from the TikTok user community, the 70,000 likes and nearly 500,000 views on Leilani’s video would have never been credited back to Dréya Mac.

To help address this issue the app launched new creator crediting tools in May 2022, which would allow TikTokers to directly tag and credit other users before publishing. Now, when a user posts a video to TikTok, they are able to select a video that uses the same sound, linking said video within their caption. The tagged creator will then be notified of the mention.

Recently, viral dancers @cost_n_mayor published a TikTok dancing to ABBA’s “Gimme! Gimme! Gimme! (A Man After Midnight).” The video gained 1.9 million views, 240,000 likes, and more than 1,000 comments. In the caption of the video, the creators credited the originator of the choreography, Cullen Zeno, who posts dancing content under the username @cullenjzeno on TikTok. Zeno has 11.3K followers on TikTok, in comparison to Cost n’ Mayor’s 4.4 million followers, and 578,000 total likes, in comparison to their 151 million total likes.

Zeno, an actor, dancer, and choreographer from Lafayette, Louisiana, previously made history as Elon University’s first ever male dance team member. In conversation with Bustle, Zeno spoke about the importance of crediting creators on TikTok. “The time, energy, and effort it takes to choreograph and create a TikTok dance can be a lot,” says Zeno. “As choreographers, we’re putting ourselves out there to possibly be ridiculed. With all the work that goes into making a dance for TikTok, recreating it without tagging the choreographer is disrespectful.”

When talking about an internet trend, it’s easy to focus on the virality, the numbers, the big names that participate, with less focus on the origin of said trend. Trends gain traction from the community of users who engage with the idea, filter, or song, but it’s the original creator who deserves the credit. “Don’t you remember in school, when you worked on a group project and did all the work yet everyone gets the credit? It’s the same thing,” says Zeno.

In an age when one viral moment can yield millions of dollars, brand partnerships, and blue check marks, taking the time to add “dc” to your caption and tagging the creators who keep the internet original, is one way to give credit where it’s due.