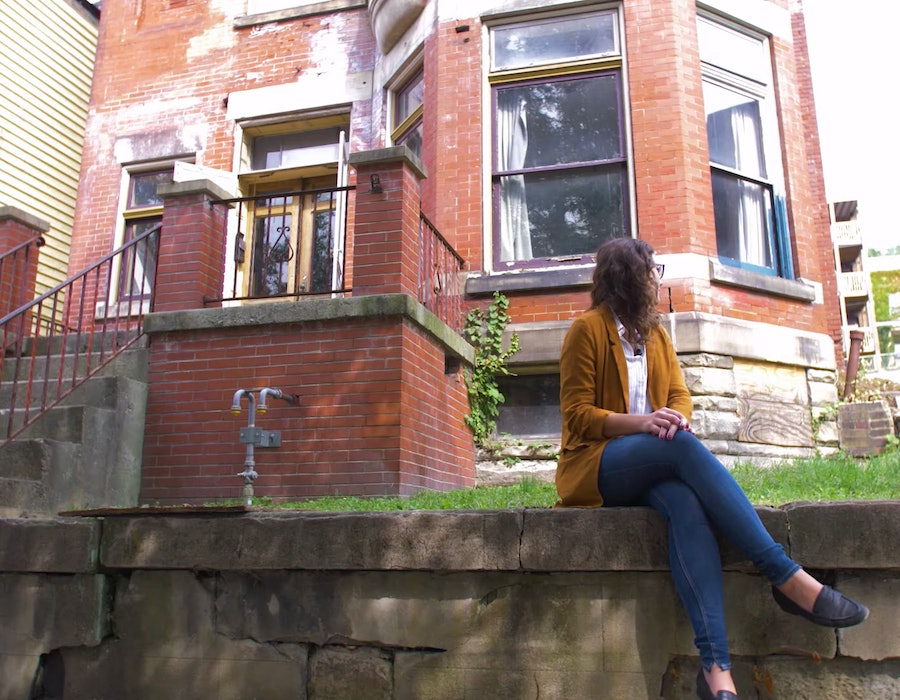 Admit it, you've probably been sending listings from Cheap Old Houses Instagram to your friends, daydreaming about quitting that corporate job and living your best Gilmore Girls life in a small town in Upstate New York.

Betsy Sweeny is a 27-year-old architectural historian and preservationist at the Wheeling National Heritage Area who decided to take on the task of renovating an 1890s home in Wheeling, West Virginia. Sweeny is among a significant group of young professionals who have been leaving metropolitan cities to live out the fantasy of a seemingly simpler life. Bustle caught up with Betsy to learn what inspired her to take the leap.

Betsy found her turn-of-the-century, “eclectic-style” red-brick Victorian home on the east side of town for a mere $18,500, thanks in part to the Cheap Old Houses Instagram account, which promotes historic homes in need of some TLC. She estimates that her renovation will come to $125,000. Her professional background has been instrumental in Betsy's construction and renovation planning, which she plans to complete within a year. She's been living in a rental in Downtown Wheeling in the meantime.

Special thanks to Wheeling Heritage Media for providing Bustle with the beautiful footage of Betsy and her home. Make sure to follow @weelunk and @wheelingheritage and catch up with Betsy (@betsysweeny) on her renovation journey on Instagram.