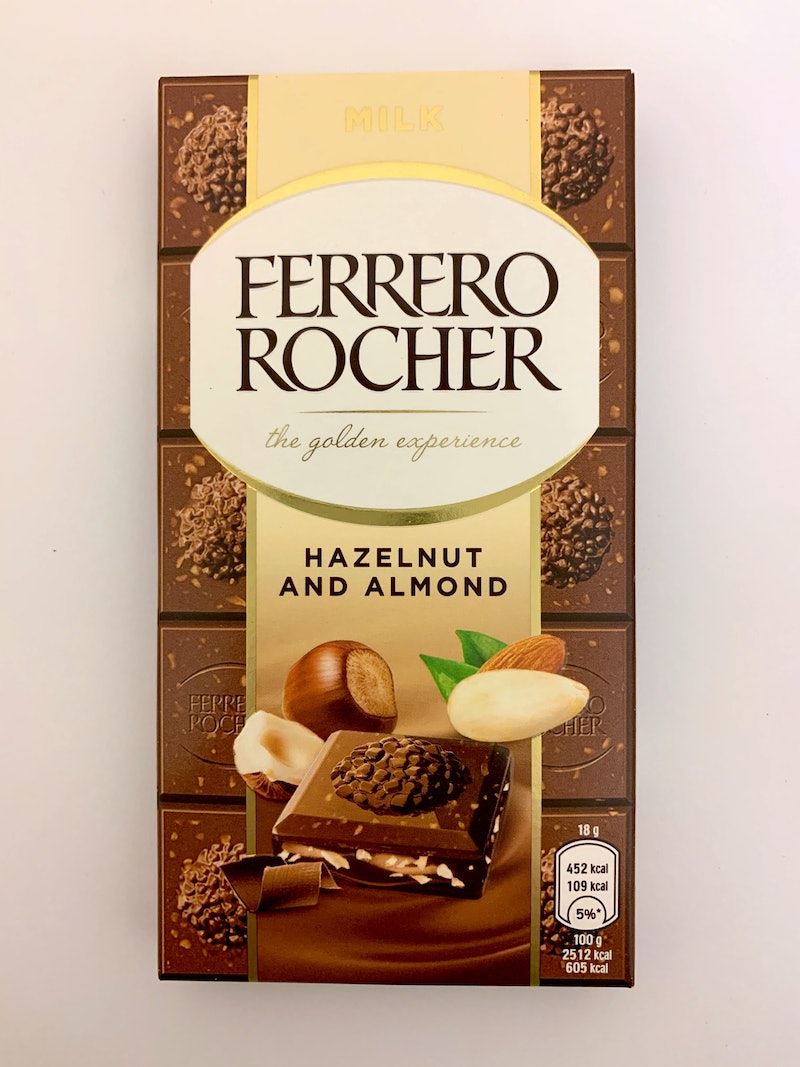 Look sharp hazelnut fans, because Ferrero Rocher is finally releasing a chocolate bar version of their heavenly spherical treats. With five different flavours to choose from, as well as their festive Raffaello variety, here’s where to buy Ferrero Rocher chocolate bars in the UK.

Disappointingly, you’ll have a while to wait. According to the food review account @johnssnackreviews on Insta, “they’re expected to be released around September 2021," so expect to see them in the confectionery aisle of your local supermarket this autumn. However, the reviewer notes the possibility that if “enough hype” is generated about these bars, then there’s a possibility for their release to be moved forward.

In the meantime, there are plenty of recipes to create your own Ferrero Rocher-inspired chocolate tray bakes, including this delicacy courtesy of Planet Food.

The hype totally needs to be raised for the bars though, especially when you see exactly how the Italian chocolatiers have transformed their praline treats into bars. In a photo showcased by @newfoodsuk, not only does the bar resemble the chopped hazelnuts surrounding the chocolate, but also has little half-domes of Ferrero Rochers melted into some of the squares.

Not only that, but you’ll have the choice of five different flavours. Of course, there’s the milk chocolate original, but there’s also a dark and white version, as well as a milk choc variant with almonds and the white Raffaello variety which consist of coconut, almonds, and white cream. Talk about yummy.