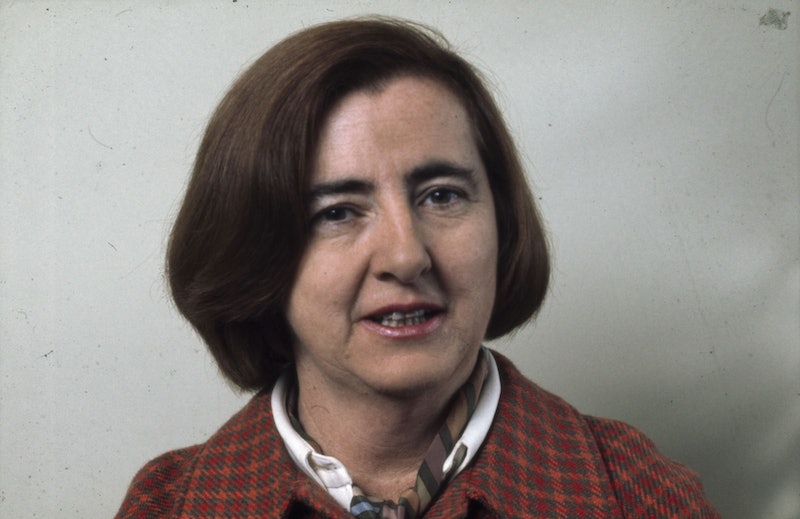 Tributes have poured in for Maureen Colquhoun, the UK's first MP to publicly come out as a lesbian, who has died at the age of 92. Labour leader, Keir Starmer, hails the politician as a "champion of women's rights" but who was Maureen Colquhoun and how did her influence help change British politics for the better?

Colquhoun served as Labour MP for Northampton North between 1974 and 1979 and was one of the very few women in parliament at the time. The vocal politician is remembered for pioneering campaigns appealing for greater abortion rights for women, gender balance in the workplace, and the decriminalisation of prostitution.

As a fervent feminist, it's said that Colquhoun introduced a number of high-profile bills that helped pave the way for future reforms, however, she was met with "appalling prejudice" during her time short time as an MP.

As Keir Starmer tweeted: "She [Colquhoun] faced awful discrimination, including from within our party, but her courage paved the way for all those who came after."

Maureen Colquhoun was married to Sunday Times Journalist Keith Colquhoun, with who she had three children. However, she left her husband in 1975 before she went on to have a relationship with another woman, editor Barbara Todd (they eventually married in 2015). Famously, she asked the Commons Speaker, George Thomas, to refer to her as "Ms" rather than "Miss" in the Commons chamber, following her separation.

After her relationship with Barbara Todd was outed in the Daily Mail, party members in her constituency pushed to see her deselected. Colquhoun eventually lost her seat to a Conservative candidate in 1979.

Despite resistance, Colquhoun was open about her sexuality and her relationship telling Gay News in 1977, "gay relationships were as valid and as entitled to respect as any other relationship".

The politician also maintained that her sexuality “nothing whatever to do with my ability to do my job as an MP.”

Following Colquhoun's passing Labour MPs have been sharing condolences for the "feminist pioneer."

"This is very sad news. Maureen Colquhoun was a feminist pioneer and paved the way for all those of us who came after her - RIP." said Labour MP Angela Eagle, via BBC News.

Sally Keeble, who also served as an MP in the Northampton North constituency, praised the Colquhoun for her "integrity" and "courage."

Keeble added: "Her strength of character shone through in the resilience with which she bore the appalling venom that followed.

"Although her time in Parliament was short, she left an indelible mark. My deepest condolences to her family and the wide circle of friends and admirers."

More like this
What The UK Blocking Scotland’s Gender Recognition Bill Means
By Sam Ramsden
The UK Government Is *Finally* Banning Conversion Therapy
By Sophie McEvoy
Gen Z Are Twice As Likely To Identify As Queer, According To New Data
By Sam Ramsden
Here’s Where The NHS Nurses’ Strike Currently Stands
By Sophie McEvoy
Get The Very Best Of Bustle/UK
Sign up for Bustle UK's twice-weekly newsletter, featuring the latest must-watch TV, moving personal stories, and expert advice on the hottest viral buys.