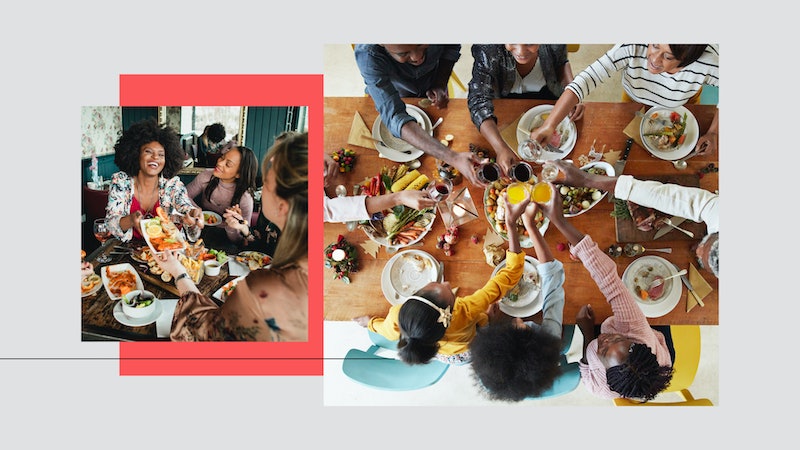 The call for us to stand together and support Black communities has never been louder, and this applies across sectors – including the food industry. On social media, there have been plenty of resources shared about great Black-owned food businesses, and it’s worth looking up those in your local area to show support. Speaking to five independent restaurant owners, I want to highlight the importance of this diverse food culture in the UK.

Food gives us a unique perspective on both culture and community, an insight into shared values, experience and history. Sitting down to eat with others also creates a sense of togetherness – whether that be with family, friends or even strangers. Food has the connective power to bring us closer to people – albeit one-metre apart in restaurants as they start to reopen, thanks to COVID-19.

From the Nigerian Eko Kitchen in Cambridge, serving up signature jollof rice, to Caribbean Eat of Eden, making plant-based ackee and saltfish for Brixton’s vegan crowd – we speak to five restaurant owners to further explore that food-culture-community connection.

Family-run Eko Kitchen has been serving home-cooked Nigerian food to Cambridge locals for the past five years. It opened following the success of their specialty food shop next door, which sells produce like plantain and beans and pulses. Grace Macaulay, co-owner and chef, started dishing up her jollof rice to students in need of some proper cooking. “We ended up cooking jollof everyday, putting it into containers, and selling it,” she tells us. “You couldn’t find Nigerian food anywhere, so that’s when we decided to ditch the tupperware and open the restaurant.”

The jollof is the most popular dish on the menu, perhaps as it encapsulates the very essence of Eko: family. As for the recipe, “it’s authentic to me – you may have eaten it somewhere else, but it won’t be like ours,” Macaulay promises. “The ingredients I use are influenced by my West-Indian step-mum, my friends from university in Nigeria and even my daughter.”

Esmie Stewart expands on the more familiar Caribbean repertoire, with food she remembers from her childhood on the island of St Martin – the burger, a fun twist on Johnny cakes, is a firm favourite. “It’s not even so much about the food,” she tells us, explaining that the menu represents her memories of island life, recreating the atmosphere more than anything.

“I remember being on the beach, my mum cooking a big pot of rice and peas, my uncles playing dominos, my brother out in the sea catching lobsters. It’s that feeling of good times that I’ve tried to capture in the restaurant.”

Brother and sister duo, Emeka and Ifeyinwa Frederick, opened Chuku’s in north London to share and celebrate their Nigerian culture outside of their family home. The restaurant strives to promote what Ifeyinwa calls “a very traditional Nigerian value” of community. “We want to bring people together and build a community centred around feel-good vibes, and what is more feel-good than food?”

The menu takes inspiration from across Nigeria – Ifeyinwa recommends the sinasir and miyan taushe, rice pancakes served with pumpkin and peanut stew. “It’s a northern Nigerian dish that you are not likely to find elsewhere.” The dishes are served as small plates to share, allowing for a more communal style of eating. “Nigerian food culture is very sociable, you don’t gather without food,” Ifeyinwa says. “Food isn’t just food – it’s love, it’s family, it’s connection.”

This east London café, owned by Marko Dagim, started out in Camden market, before moving to Dalston in 2008, where he has served Ethiopian coffee and food to the locals ever since. Sharing is commonplace in Ethiopian homes and restaurants, too. At the centre of the table is injera, a flatbread made from naturally gluten-free teff flour, which is then loaded with vegetable-based stews, known as wut. Everyone around the table eats from the same plate, using extra injera to scoop up the different stews. “Injera is everything in Ethiopia, we eat it everyday and with every meal – we even use the word to wish each other luck, that’s how embedded into our culture it is,” Dagim explains.

His restaurant in East London serves injera exclusively with “fasting food” – those who follow the Ethiopian Orthodox Church eat this traditional vegan food every Wednesday and Friday. But it’s actually Dagim’s food of choice. “I eat like this everyday now. It’s very healthy, lots of vegetables, and luckily for us veganism is very popular here.”

Sharing vegan food is also at the heart of this Caribbean restaurant, which has four outlets across London. Co-owner Erika Regis, tells us to get the sharing platter, alongside their plant-based version of Jamaica’s national dish, ackee and saltfish, which swaps the saltfish for sweet peppers. “[Sharing] emphasises the social aspect of eating; everyone grabs a spoon and gets stuck in,” she says.

Most of the menu has been inspired by the owners’ childhood memories of food. “It played such a big part in bringing us together, from preparation to the meal itself,” Regis tells us. She remembers Sunday as “the day where all the family came, everyone was welcome and there was always enough food in the pot.” Regis notes the importance of food, to bring different communities together – “This is how we’ll come to understand each other and create a better world.”

This article was originally published on July 5, 2020