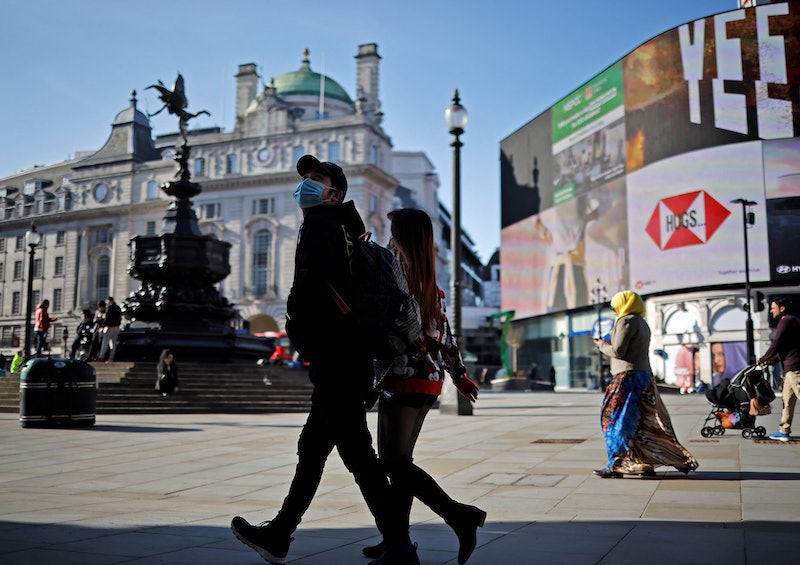 As the vaccination rollout continues and lockdown measures ease in the UK, Europe is currently experiencing a third wave of the virus. Due to multiple variants, and a vaccine shortage, there has been a significant rise in infections across Europe, and scientists say there are early signs of the same happening in the UK, too. So, will there be a third wave of coronavirus in the UK, and how are the government preparing for this?

As German news site Deutsche Welle (DW) reported in March, the seven-day incidence rate on the continent was up “since mid-February by 40%, with 240 new cases per 100,000.” This is largely due to the spread of new variants of the original COVID-19 virus, including the B.1.1.7 variant first found in the UK, and the B.1.617.2 variant first discovered in India. According to BBC News, the B.1.617.2 variant is believed to be two-thirds more transmissible than the B.1.1.7 variant; while the World Health Organisation say it could become Europe’s most dominant variant, as it has been identified in 53 countries so far.

In March, Europe also experienced a vaccine shortage, meaning immunisation programmes in individual countries started to slow down. However, as of 28 May the rollout has started to pick up speed. According to the European Commission, 245 million doses have been administered across the continent, and more than one-third of European residents have received at least one dose of the vaccine.

This follows the recent hesitancy towards the AstraZeneca vaccine due to possible side effects. The European Medical Agency (EMA) has since declared the jab “safe and effective” to use, and several countries who had paused usage, including Germany and Spain, have started to use it again.

What’s the latest on a third wave in the UK?

According to scientists, it seems that the UK is already in the early stages of a third wave due the variant first found in India, B.1.617.2. While cases of this variant are “relatively low” according to clinical microbiology professor Ravi Gupta, it has fuelled “exponential growth” in transmission of the virus across the UK.

“All waves start with low numbers of cases that grumble in the background and then become explosive,” Gupta explained on BBC Radio 4’s Today programme. “So the key here is that what we are seeing is the signs of an early wave.”

Gupta also suggested that ending all restrictions in the UK by June 21 should be delayed “by a few weeks while we gather more intelligence” on the emerging third wave. Martin McKee, professor of European public health at the London School of Hygiene and Tropical Medicine, agreed. “Unless there is a miracle, opening up further in June is a huge risk. The rise in cases we are seeing now should cause a reassessment of the most recent relaxation.”

According to the Guardian, outbreak modellers had advised Sage prior to the Indian variant that a resurgence of infections should be expected, because “as restrictions ease, the virus can spread more easily among millions of people who have not been protected by vaccines.”

What has the government said?

Prime Minister Boris Johnson acknowledged signs of the third wave in Europe in March, and warned people in the UK that they should be “under no illusions”, and that a third wave could possibly “wash up on our shores as well.”

“I expect we will feel those effects in due course,” he continued. “That’s why we’re getting on with our vaccination program as fast as we can.”

Many advisory groups for the government have suggested that easing of restrictions on June 21 should be delayed. Vaccines minister Nadhim Zahawi told the BBC’s Andrew Marr Show that while it would be wrong for him to “speculate”, the government will “look at the data and will share that with the country” in due course.