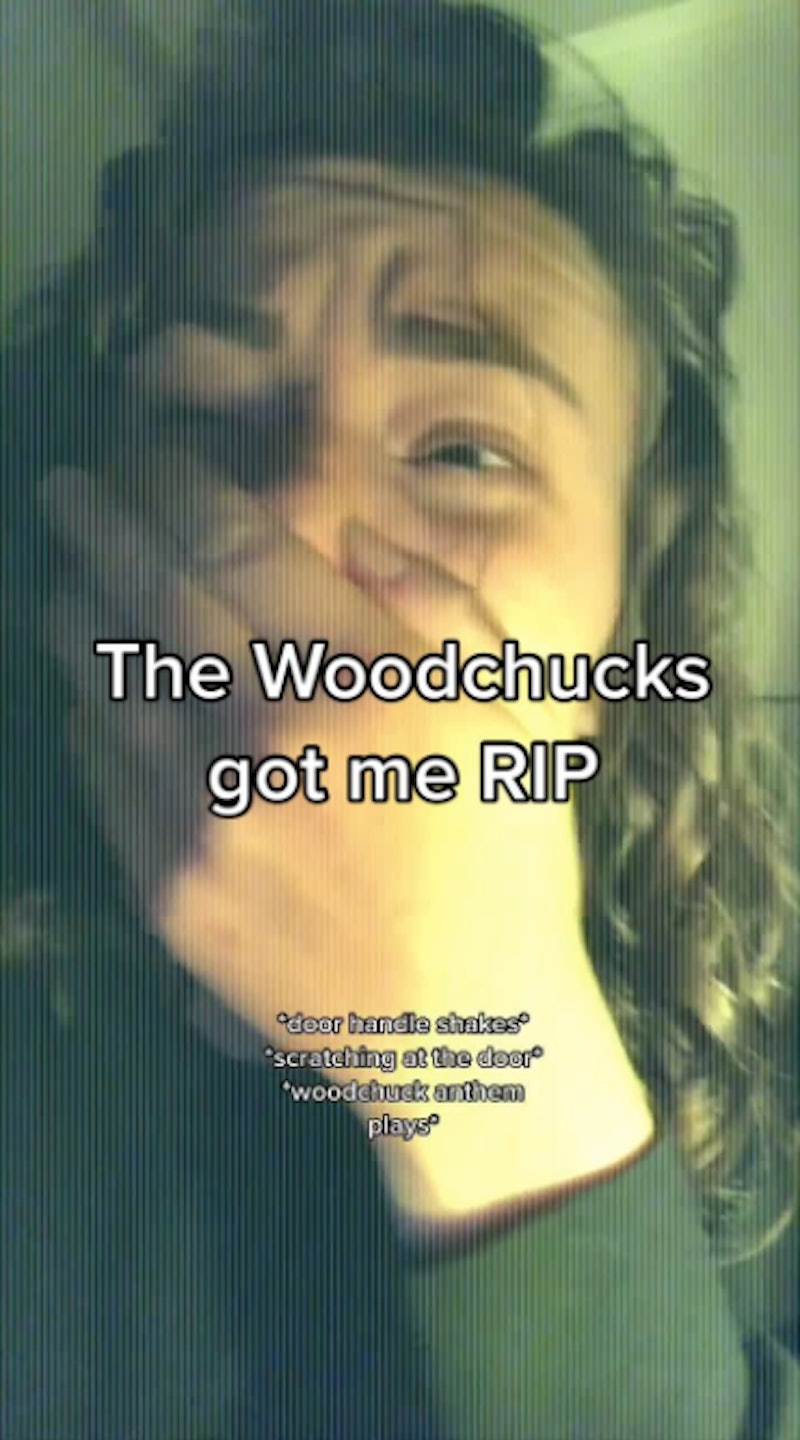 The basic premise of the meme is that woodchucks have overthrown humans to become society's dominant species. Set to an incredibly ominous musical rendition of the “how much wood could a woodchuck chuck” tongue twister, the videos often take the point of view of a member of the “human resistance” hiding out from the woodchucks, Hunger Games style. Sometimes, the videos reference hearing “a familiar song of hope” in the distance, which is, naturally, the sea shanty “Wellerman.”

But, as a noted old, I have to ask… why? I called Pip Petersen, 21, who boasts 40K followers on TikTok and created the meme. (Petersen is also the brother of my BDG colleague, Elite Daily news editor Lilli Petersen.) He tells Bustle that he’d saved the audio off of an unrelated video a few months back and decided to make the original woodchuck revolution TikTok based on it, uploading it on Jan. 10. “I wanted to make some sort of outlandish POV that's way over the top, but funny,” he says. “I guess people connected with it who had a similar sense of humor that I did.” He explains that the meme has “spiraled,” with other people building on the woodchuck vs. human lore, into way more than he ever anticipated.

Since the meme has gone viral, with videos hashtagged some version of “#woodchuckrevolution” or #woodchuckresistance garnering millions of views, Petersen’s been reflecting on why it's resonating now. He points to the Jan. 6 violence at the U.S. Capitol building as an “unintentional parallel” that may be resonant with people scrolling their #ForYou pages. “COVID, I’m sure, is also a big thing — building any sort of community at this time is an important thing to do.” He adds that, as with sea shanty TikTok, woodchuck revolution TikTok serves as “a way [for people] to distract themselves while also connecting to their own individual thoughts about what’s going on.”

As far as where the woodchuck resistance will go from here, Petersen acknowledges that the memes that burn the brightest tend to flame out fast. Still, he suggests that the inherent drama of the meme wouldn’t make a bad movie adaptation. “I have no expectations, but [...] I’ve seen a lot of comments about the Ratatouille musical. If anything were to happen, I would 100% not be opposed.”