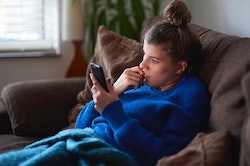 Since Wordle took over the internet in the first weeks of the year, social media has been awash with humblebrags about solving the daily Wordle in as few moves as possible. Sure, part of the joy of playing Wordle is going in cold, but an informed game plan and foolproof strategies for Wordle that allow you to win with fewer guesses never hurt anyone.

There’s a lot riding on the first word you guess in Wordle. If you get a letter right, its square will turn green. If you get a letter right, but it’s in wrong place in the word, it will turn yellow. If the letter doesn’t appear in the word at all, it will turn gray — and that’s a hint to abandon that letter in your following guesses. And while the accuracy of your first guess might increase the chances for success, there are many different ways to go about winning. Or, at least, losing better.

On TikTok, videos featuring Wordle strategies are trending — because who doesn’t want to tweet about their fast track to all-green status? Videos with the hashtag #WordleTok have nearly four million views, and videos with plain #Wordle has over eight million views. While it will only take a few seconds of cruising the Wordle hashtag on Twitter to find someone spoiling the day’s mystery word, there are some more conscientious hacks that still give you a chance to flex your wordsmith skills while also getting a leg up.

There is nothing in school that can prepare you to make the most of six chances to guess a five-letter word without a single clue. There are, however, a lot of very specific hacks on social media that can set you up for a greater chance of solving the puzzles faster. Here are six methods to becoming a Wordle champion.

1. Use Words With Diverse Vowels

While there are various different theories on which is the actual best first word to guess in Wordle, a prevailing theme is that there should be a variety of different vowels. Wordle’s own instructional page suggests “weary” as the first guess, but any vowel-rich word is a good starting place. TikTokers like “clout” (naturally) while players on Twitter say “weird.” Why does this hack work? If you play “weary” and none of the letters are right, you know that the right word uses at least one of i, o, or u. For your next word, you might try “pious.”

2. Use Words With Popular Vowels

This trick of getting as many vowels in at the first shot is a great way to start every game, but keep in mind that popular vowels are an even better bet if you’re looking for a long term solution. According to the Concise Oxford Dictionary, e, a ,i, o, u are the most popular vowels in order of frequency used.

3. Use Words With Popular Consonants

While vowels are important to start with, consonants should be your next focus: r, t, n, s, and l are the most commonly used consonants in English. Starting words like “earth” or “lanes” can help you narrow down the choices significantly and unearth some helpful elimination clues.

If all of a sudden you are unable to recall a single five-letter-word, don’t panic. Just pick a letter and start running through possibilities to rein in the possibilities. Maybe you’ll choose the most popular consonant, r, then run that against popular vowels: “re” can lead you to “reign,” while “ra” might give you “rains.” Use process of elimination to mentally avoid letters you know are wrong, while slotting in the yellow or green letters you know are right. And when you’re, ahem, weary of guessing, remember that there’s always a new Wordle tomorrow.