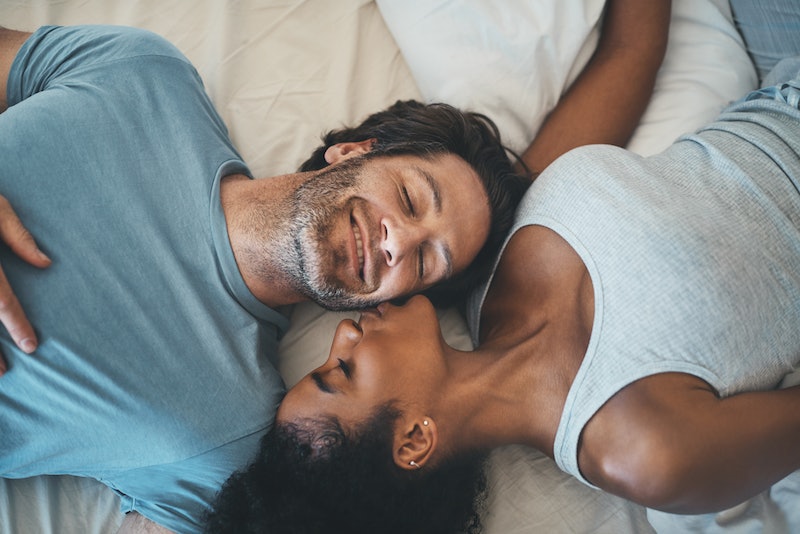 The mysterious Scorpio may be seen as the type you’d have a one night stand with but not take home to mom. But when it comes to love, they’re actually one of the most committed and loyal signs in the zodiac. Sure, they can be a bit secretive and intense. But once they’ve found that one person they can entrust their heart to, they will devote their lives to making the relationship last. Although there aren’t many signs who can handle everything Scorpio has to offer, there are three signs in particular who can. According to an astrologer, those are the three signs Scorpio is most likely to marry.

"Although they certainly know how to have a good time, Scorpio is a romantically serious sign that's not impressed by casual hookups or romantic game-playing," India Leigh, intuitive reader and astrologer. "This sign is looking for one thing and one thing only: a ride-or-die partner who’s got their back because Scorpio will always have theirs."

Once Scorpio has made the decision to commit to someone, there's no turning back. According to Leigh, Scorpios believe in the saying that "true love is not for the faint of heart." So they go into relationships expecting passion, emotional connection, trust, deep love, and loyalty.

"It may be difficult to stand up to this sign’s high expectations and requirements where partnership is concerned, but for the one who makes the cut, the rewards are endless," Leigh says. In marriage, Scorpios can offer boundless loyalty, as well as a "labyrinth of sexual adventure and excitement."

Scorpio will only commit to someone who not only meets their expectations, but who they can trust with their life. According to Leigh there are three zodiac signs who make the cut. So here the zodiac signs Scorpio is most likely to marry.