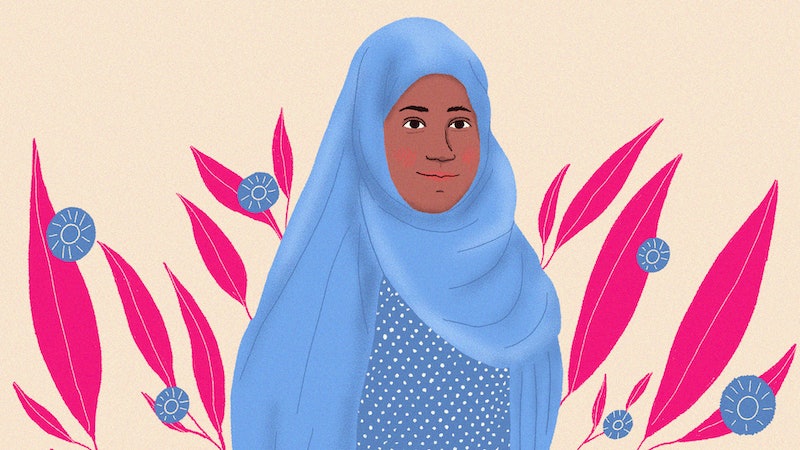 Shukri Yayhe-Abdi, a 12-year-old Somali refugee living in Manchester, was found dead on June 28, 2019, after drowning in the River Irwell. The subsequent investigations into the handling of her case by police, and the circumstances surrounding her death, raised more questions than provide answers. On Dec. 4, after months of investigation, the coroner concluded that her death by drowning was an accident. Before the verdict, her case had been in and out of the news; Shukri's name even became a hashtag (#Justice4Shukri). The case was given new attention thanks to Black Lives Matter campaigners, and the Justice for Shukri petition had, in June 2020, received more than 1 million signatures.

Shukri’s death is not an isolated tragedy, but yet another example of how ill-equipped the UK remains in dealing with hate crimes, failing to support Black, minority ethnic, and refugee communities. To cut through the misinformation, here's a timeline of her case, plus what you can do to to help in the fight for justice for Shukri.

What happened to Shukri Yayhe-Abdi?

Shukri Yayhe-Abdi was a daughter, a sister, a niece. The eldest of five children, she came to the UK with her family in 2017 from a refugee camp in Kenya – where they were fleeing conflict in Somalia. Under the vulnerable person's resettlement scheme, they were housed in Bury, a small town in Greater Manchester. “She came here for a better life," her aunt, Anab Ture, told The Guardian. Shukri’s teachers at school and mosque described her as a lively, friendly, happy child.

Two-and-a-half years after arriving in the UK, on June 28, 2019, Shukri drowned in the River Irwell. Greater Manchester Fire and Rescue Service said it believed Shukri “had been playing with two other children” when she drowned. Initially, Greater Manchester Police (GMP) treated her death as a "tragic incident" and said they did not believe there were any suspicious circumstances.

However, her family claim that she was badly bullied at school for more than a year leading up to her death, and that the school had failed to take their concerns seriously. In July 2019, a peaceful protest outside the school saw hundreds calling for a thorough investigation into her death. Later that month, the school said it would be “reviewing all anti-bullying policies and procedures".

Her family also insisted that Shukri couldn’t swim and wouldn’t have been playing near the river.

After just two weeks of investigations, police ruled that Shukri's death was an accident and closed the case. Complaints alleged that officers ended investigations prematurely and treated relatives differently because of their ethnic background.

How has the handling of Shukri's case been investigated?

The Independent Office for Police Conduct (IOPC) opened their investigation into the handling of the case in August 2019.

The BBC reported that IOPC regional director Amanda Rowe said: "I am aware that the circumstances of Shukri's death are a concern to many, not least because there are many unanswered questions about how she came to be in the River Irwell that day. That is a matter for Greater Manchester Police (GMP) and the coroner."

The IOPC’s investigation was completed in January 2020, and has, according to BBC News, already been shared with GMP and Shukri's family. Rowe said that all complaints "were treated with the upmost seriousness and very carefully assessed."

Following the coroner's verdict, Rowe said her office found "insufficient evidence" to suggest that GMP did not conduct a thorough investigation. "I am satisfied that it was carried out in line with national and local policies and procedures,” she said.

What's the status of the ongoing inquest into Shukri's death?

An independent inquest was opened in February and, following adjournment due to COVID-19, concluded in December.

Per the Guardian, Shukri’s mother, Zam Zam Arab Ture, "had hoped that the coroner would rule that Shukri had been unlawfully killed. However, Joanne Kearsley, the senior coroner for north Manchester, said that the evidence heard during the inquest did not support that conclusion."

“I feel so bad today with this decision," Ture told the newspaper. "I have waited a long time for justice and I know justice will come.” Her legal team is said to be considering judicially reviewing the coroner’s conclusion.

During the inquest, Shukri's mother and the other children connected with the case gave evidence. The children cannot be named for legal reasons, so are referred to only as Child One, Child Two, Child Three, Child Four and Child Five.

The actions of Child One were closely scrutinised during the inquest. Child Two said that Shukri and Child One were at first holding hands when they got into the river. Child One was reported to have told Shukri earlier in the day: “If you don’t get into the water, I’m going to kill you.” Although Child Two suggested this had been said in a “joking” way.

“There is absolutely no evidence before the court that Child One had any intention to kill Shukri,” the coroner's 27-page report read. She also rejected claims that Shukri had been pushed into the water. And she plans to write to Greater Manchester's chief constable to recommend a commendation for Child Three and Child Four, who tried to save Shukri's life.

What can I do to help?

Maz Saleem, of the Justice4Shukri campaign, told the Guardian: “This campaign was set up to protect and provide immediate support for the family and to fight alongside the legal team to ensure that the truth of Shukri’s death was exposed and to ensure that no family ever has to experience the obstacles this mother had to face simply to get to the truth surrounding her beautiful child’s death.”

You may also want to take steps to educate yourself on the Somalia Refugee Crisis in order to start to understand the experiences of Somalian refugees.

More like this
Watch Jacinda Arden’s Devastatingly Honest Resignation Speech
By Sam Ramsden
Here’s Where The NHS Nurses’ Strike Currently Stands
By Sophie McEvoy
Gen Z Are Twice As Likely To Identify As Queer, According To New Data
By Sam Ramsden
What The UK Blocking Scotland’s Gender Recognition Bill Means
By Sam Ramsden
Get The Very Best Of Bustle/UK
Sign up for Bustle UK's twice-weekly newsletter, featuring the latest must-watch TV, moving personal stories, and expert advice on the hottest viral buys.

This article was originally published on June 24, 2020