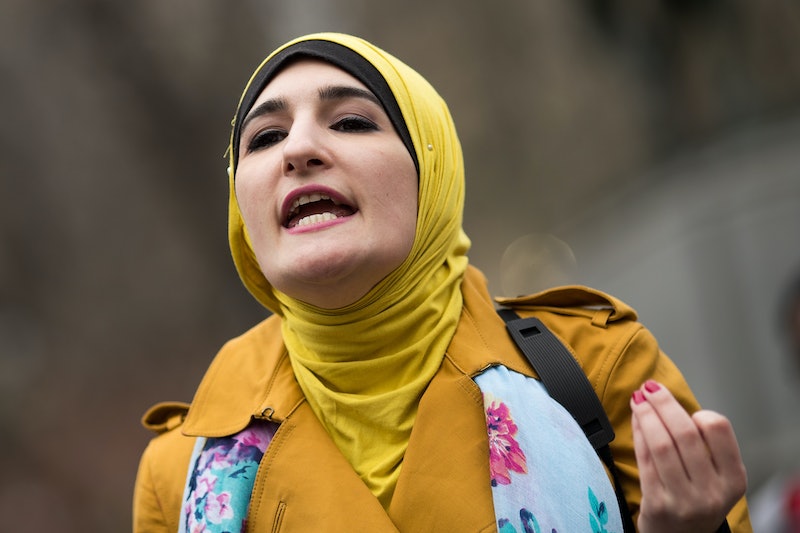 One of the standout issues with the American Health Care Act that was passed by the House of Representatives earlier this month was how it would affect women's health. While, if ultimately passed, the bill could certainly make healthcare options and affordability far worse for American women, sadly the American healthcare system is already hurting women in its current state—and the passage of the American Health Care Act (AHCA) or similar legislation could exacerbate some of these already existing issues.

Sadly, these inequalities between American men and women's healthcare manifest themselves in a striking variety of ways. They include doctors dismissing women's pain, doctors basing women's treatment on men's heath metrics, and insurance companies, hospitals, and pharmacies denying women access to contraception and emergency contraception, among many other issues.

The following list describes these and other health inequities in much more detail. It is, unfortunately, just a small sampling of the many ways in which the U.S. healthcare system hurts women and endangers their well-being.

Multiple studies conducted in the U.S. have demonstrated that women's pain is taken less seriously than men's — and is more often attributed to psychological problems as opposed to a physical medical condition. A 2001 study conducted by the University of Maryland found that, in general, "women report more severe levels of pain, more frequent incidences of pain, and pain of longer duration than men, but are nonetheless treated for pain less aggressively." Women wait longer than men for emergency room treatment, are less likely than men to be given prescription pain killers (and more likely to be given sedatives), and are more often told that they just have to "live with" chronic pain.

As the Huffington Post reported, this disparity in pain perception has very real consequences for women, who, on the one hand, experience "real discomfort" and, "on the other, misdiagnoses, exacerbated pain, and higher likelihood of mortality." While doctors taking women's pain less seriously is not a problem that is unique to the U.S. healthcare system alone, it certainly constitutes a pervasive problem faced by many American women that needs to be remedied.

2. Many Clinical Trials Don't Include Women

Many clinical research trials, which are often the foundation for diagnosis and treatment of medical issues, still fail to include women and to examine the differing effects that diseases and treatments have on men and women. The implications of this lack of inclusion of women in clinical trials are many and can result in women being misdiagnosed and mistreated for medical issues.

For example, according to The Guardian, while heart disease is the number one killer of women in the U.S., it completely affects and manifests itself differently in men and women. However, "only one third of cardiovascular clinical trial subjects are female and only 31 percent of cardiovascular clinical trials that include women report results by sex." This means that women's symptoms of heart disease are sometimes overlooked, since doctors are primarily watching out for symptoms commonly experienced by men. Or, if women's symptoms are identified, they could be mistreated with a treatment plan derived from clinical studies that were likely overly inundated with male subjects.

3. Maternal Mortality Is On The Rise

Recent figures have revealed that the United States is the only developed country in the world in which maternal mortality is actually increasing. Indeed, according to NPR, American women are now three times as likely as Canadian women and six times as likely as Scandinavian women to die from complications from childbirth. Many of these deaths are largely preventable.

The increase in maternal mortality in the U.S. can be explained by a variety of factors, but hospitals' lack of preparation for a maternal medical emergency and over-emphasis on newborn health instead of maternal care can account for at least some of why this increase is occurring. Indeed, a recent report by NPR indicated that "In recent decades, under the assumption that it had conquered maternal mortality, the American medical system has focused more on fetal and infant safety and survival than on the mother's health and wellbeing...we don't pay enough attention to those things that can be catastrophic for women."

4. Doctors Are Not Trained In Diagnosing Women-Specific Issues

Even though research has clearly demonstrated that women experience pain and medical conditions differently (including in regards to heart disease and concussions, among other common conditions, training in medical schools often does not differentiate between the sexes when it comes to preparing future doctors for medical diagnosis and prevention.

According to Dr. Janine Clayton, director of the Office of Research on Women's Health at the National Institutes of Health (NIH), via Marie Claire, while one might think they are "getting care that [factors in] whether you are a man or a woman...into the diagnosis and treatment, it's often not [the case]... That's because doctors aren't trained to treat patients that way. Medical schools use curricula informed by what happens in the body of a 154-pound man, and instructors rarely discuss sex differences in their lessons."

According to the same article in Marie Claire, not educating medical students on sex differences in medical diagnosis and treatment is a travesty for women's health and can result in extensive suffering and even become fatal for some women. Indeed, Dr. Noel Bairey Merz, the medical director at Cedars-Sinai Women's Heart Center, indicated that she "can't overstate the need for sex-specific diagnostic testing and treatments...If you were going to try to do one thing that made a really big difference for women's health, you would crack that nut."

5. There Are Too Few Women Doctors

Recent research has emerged showing that, not only are women (obviously) just as capable as men when it comes to being a doctor, but, in many cases, are often better at it. According to a recent study by the Harvard University Chan School of Public Health, women doctors tend to be better at treating patients with chronic conditions, like diabetes, and patients are generally less likely to die under their care. Indeed, according to the study, "approximately 32,000 fewer patients would die if male physicians could achieve the same outcomes as female physicians every year." Furthermore, women doctors can likely relate more directly to their female patients and perhaps more comprehensively address their health issues.

However, despite this, there are still about half as many female doctors in the U.S. as there are male doctors and, on top of that, female doctors are paid far less than their male counterparts. In order to enhance care for women patients (and all patients) female doctors must be paid equally and young women must be more readily encouraged to enter into the medical profession.

6. Hospitals Are Not Providing Emergency Contraception To Sexual Assault Survivors

This obviously not only increases the likelihood that a survivor will become pregnant after her assault, but also can re-traumatize the survivor by adding worry and anxiety about attaining and paying for emergency contraception to the already harrowing process of trying to recover from a traumatic assault.

7. Facilities Are Not Implementing Healthcare Laws Designed To Help Women

Under the Obama administration, several laws were passed to ensure that women have easy and affordable access to conception and emergency contraception. However, even years after these laws were passed, many of them are not being implemented all over the country. For example, American women report that they are still being charged substantial amounts of money for birth control by pharmacies and insurance companies despite Obamacare's free contraception mandate. These women then have to spend weeks fighting for reimbursement from their insurance companies or risk losing their out-of-pocket money.

It is clear that the U.S. healthcare system in its current form unjustly and disproportionately harms women. Extensive reforms are needed to ensure that this healthcare disparity is addressed. And, in the meantime, impassioned advocacy is also needed to ensure that the AHCA is not passed, which would result in even worse health outcomes and inequities for American women.

More like this
How 5 People Upended Their Lives To Fight For Abortion Rights
By Hannah Smothers
The UK Abortion Laws In 2022, Explained
By Sophie McEvoy
Here’s How Lizzo Is Supporting Abortion Rights After The Roe v. Wade Reversal
By Brad Witter
How Getting An Abortion Has Changed From The ’60s Through Today
By Amanda Chatel
Get Even More From Bustle — Sign Up For The Newsletter

This article was originally published on May 15, 2017