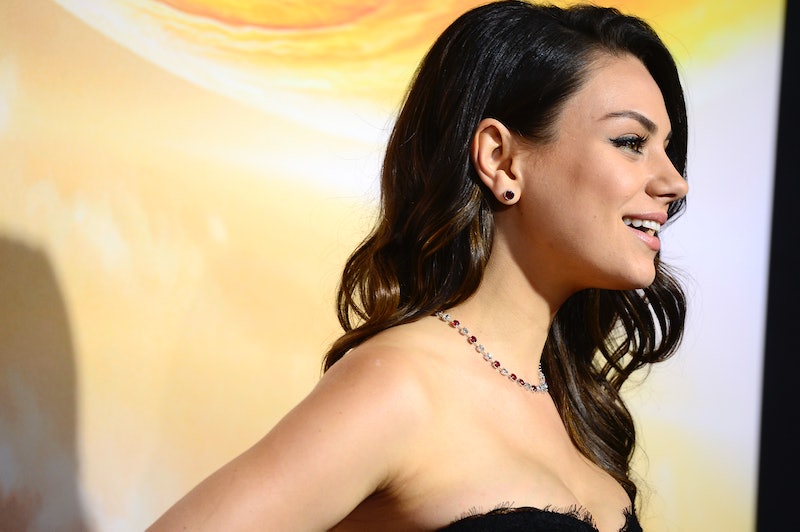 For more than a decade, the international community has sought to commemorate the resilience of refugees with World Refugee Day. Established via a United Nations resolution adopted in 2001, World Refugee Day has been observed every June 20 since in an effort to raise awareness and celebrate the strength, courage, and perseverance of refugees, whether from Asia, Africa, Europe, the Middle East, or Latin America.

The most recent statistics from the United Nations High Commissioner for Refugees (UNHCR) show 65.3 million people around the world have been displaced from their homes, in what the agency says is the highest level of displacement on record. Nearly 21.3 million displaced people are officially registered as refugees, with more than half of them being children under the age of 18, the agency reports.

In celebration of World Refugee Day, here are 10 famous people you may not have known were once refugees.

Political reasons forced then-11-year-old Madeleine Albright to flee Czechoslovakia with her family after Communists took over the country in 1948. Although they came to the United Kingdom first, Albright's family eventually settled in the United States in 1948.

In a message to the White House which Albright penned last year, the former U.S. secretary of State said that becoming a U.S. citizen was "the most important thing that ever happened to me":

When I came here as a child, I will never forget sailing into New York Harbor for the first time and beholding the Statute of Liberty. I did not have to face refugee camps or the kind of danger that many refugees endure. But like all refugees, I shared a hope to live a safe life with dignity and a chance to give back to my new country.

Born in Wau, Sudan (now South Sudan), two-time NBA All Star Loul Deng and his family fled to Egypt in 1989 to escape the Second Sudanese Civil War. In 1994, Deng's family was granted political asylum in the United Kingdom, where Deng would eventually become a citizen. As a teen, Deng traveled to the United States to play basketball, with his talents earning him an athletic scholarship to Duke University. He made his NBA debut in 2004 with the Chicago Bulls while still a freshman at Duke. Over the course of his career, Deng has also played for the Cleveland Cavaliers, the Miami Heat, and most recently, the Los Angeles Lakers.

In an interview conducted shortly after President Donald Trump moved to temporarily suspend the U.S. refugee program in January, Deng touched on how disheartening it can feel as a refugee to spend every day waiting for a shot at opportunity:

"We never really asked to leave my homeland, and a lot of [refugees] go through a lot of things that they have no control of. To really to see a light at the end of the tunnel and to go towards that light and then that light is turned off is very difficult, not just individually, [but] for the family," Deng said. "I remember when I was a kid as a refugee in Egypt, every day there was always a hope that we'd get to leave tomorrow or get to go somewhere. Never knew where, we just wanted somewhere where we [could have] an opportunity to make something."

While Hollywood starlet and glamour icon Marlene Dietrich made herself a household name through roles in films like Blue Angel, Morocco, and Shanghai Express, she was also known as a prominent political refugee. Born in Germany, Dietrich's fame enabled her to come to the United States in 1930. Appalled by the Nazi Party's rise to power back home, Dietrich reportedly refused to return to Germany when asked to by those with ties to Adolf Hitler in the late 1930s. Deemed a traitor by her homeland, Dietrich became an American citizen in 1939 and contributed to U.S. wartime efforts.

In her memoir Dietrich wrote of how welcomed she'd felt in the United States:

I was born a German and shall always remain one... The United States welcomed me when I no longer had a fatherland that deserved to call itself that.

Born in Havana, Cuba, singer Gloria Estefan fled to the United States with her family in 1960 following Fidel Castro's Communist Cuban Revolution. In an interview with Stephen Colbert in November 2015, Estefan said her father had brought her family to America because he wanted his children "to be raised in freedom." She also admitted to having an "emotional reaction" to the debate currently unfolding around Syrian refugees.

That '70s Show actress Mila Kunis has been an outspoken opponent of President Trump's refugee ban. Born in Soviet Ukraine in 1983, Kunis entered the United States with her family in 1999 at the age of seven on a religious refugee visa.

In an interview with Glamour in July 2016, Kunis said she was saddened to see how fear enabled the anti-refugee rhetoric Trump employed during the presidential campaign to gain a foothold in the United States:

We came here on a religious-refugee visa, and I'm not going to blow this country up. I'm clearly paying taxes. I'm not taking anything away. So the fact that people look at what's happening and are like, 'Pfft, they're going to blow s–t up'? It saddens me how much fear we've instilled in ourselves.

Queen frontman Freddie Mercury fled the African island of Zanzibar when political revolution swept his homeland in 1964. The rock icon entered the United Kingdom with his family as a refugee, eventually attending art school and meeting the three men he would go on to form the legendary rock band Queen with in 1970.

Born in Sri Lanka, ethnic civil war forced singer M.I.A. — whose real name is Maya Arulpragasam — to flee her homeland at the age of nine. Her family eventually settled in London, where she found success as a musician in the early 2000s. Over the years, the Oscar-nominated singer has brought her experience as a refugee into her music, most notably with her 2015 hit Borders.

In a 2005 interview with the Guardian, M.I.A. said she has been largely motivated by a desire to show other refugees what's possible. "I was a refugee because of war and now I have a voice in a time when war is the most invested thing on the planet," she told the news outlet. "What I thought I should do with this record is make every refugee kid that came over after me have something to feel good about. Take everybody’s bad bits and say, ‘Actually, they’re good bits. Now whatcha gonna do?’”

Before Rita Ora was an award-winning singer and fashion designer, she was fleeing what was then Yugoslavia (and now known as Kosovo) with her family to escape the growing persecution of Albanians. Ora was only one year old when she arrived in the United Kingdom with her family. She has spoken openly about the hardships they faced as refugees in London.

In an interview with the Evening Standard, Ora said the prejudice some have against refugees often made her feel defensive:

That word [refugee] carries a lot of prejudice, but it also made us determined to survive. When you put anyone into an alien environment, where other people aren't completely comfortable with them being there, they are automatically going to be defensive. It's the rule of the jungle, right?

Mounting religious persecution of Jews spurred singer-songwriter Regina Spektor and her family to flee the Soviet Union in 1989. Spektor and her family entered the United States as refugees and settled in New York. In an interview conducted with KCRW earlier this year, Spektor said that, as a refugee herself, her heart went out to those affected by Trump's executive order to temporarily suspend the U.S. refugee program.

"I was a religious freedom refugee from USSR," the singer said in an interview, noting that her history as a religious refugee that drove her to speak out against Trump's policy. "When I swore in as citizen of [the] USA, I swore to protect and fight for its Liberty & Justice."

When civil war broke out in Sudan, model Alek Wek was just nine years old. After fleeing their village for Sudan's capital Khartoum, Wek's family then sent her and her sister to live in London in 1991. A few years after fleeing to Britain, Wek was discovered by a model scout who helped catapult her to international fame. "In a matter of years, I went from a faceless refugee statistic to one of the most recognizable faces in the world," she told UNHCR in an interview. Wek, the 2013 UNHCR Goodwill Ambassador, also recounted how the conflict brought life to a halt and the dangerous journey her family undertook through the bush in an effort to find safety:

Life as we knew it came to a devastating end. Our parents tried to shield us from the conflict but the sounds of gunfire and the vibrations of explosions filled us with dread. Dead bodies filled the landscape.

More like this
Windrush Victims Are Still Waiting For Compensation
By Sam Ramsden
Travis Alabanza On Not Fitting In
By Sam Ramsden
Willow Pill’s Big Dreams
By Hugh McIntyre
For These Abortion Clinic Volunteers, Going TikTok Viral Is A Risk Worth Taking
By Audra Heinrichs
Get Even More From Bustle — Sign Up For The Newsletter