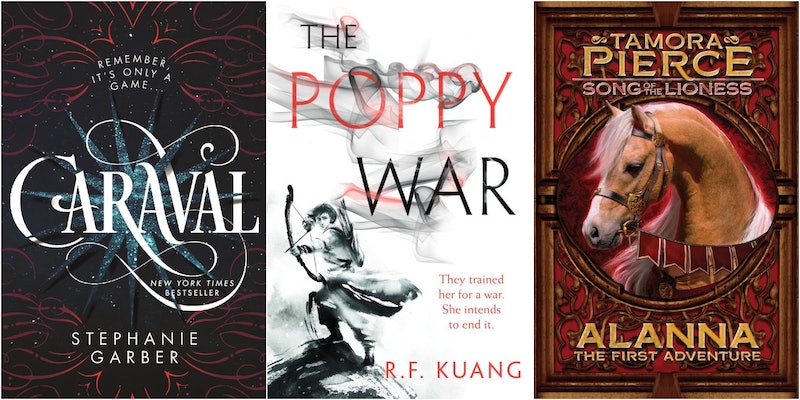 Another year, another Narnia adaptation. On Oct. 3, Netflix announced they would be resurrecting C. S. Lewis' beloved book collection in a parcel of films and a series. It's hardly the first time a big screen (er, in this case, small-er screen) adaptation has been attempted. There's the BBC miniseries, which ran from 1988 to 1990 (and which I checked out countless times on VHS from the Cuyahoga County Public Library growing up). There were the Disney-fied versions that hit theaters beginning in 2005. And now, there's the Netflix version. But if you're ready for some uncharted fantasy plots, check out these 10 fantasy series that should be made into movies.

Our contenders offer epic battles and internal conflicts, seedy cultural underbellies and high school drama. Witches and vampires and shamans and even a few "superheroes." Dragons, too. But each series excels at one of the key characteristics of fantasy writing: world building. Oh, If you've been wondering this whole time what the difference between fantasy and science fiction is, take acclaimed sci-fi writer Isaac Asimov's succinct definition: science fiction, based in science, lives within the realm of reality. That is, it could happen. Fantasy can...not. Please don't come for me arguing that werewolves are real.

The point is that the best of the fantasy whisks you into a world with entirely new dimensions. There are new rules and new histories to learn. But it's like embarking on a journey into uncharted waters. There's excitement in the unknown, and these books are your guides for all that's brand new.